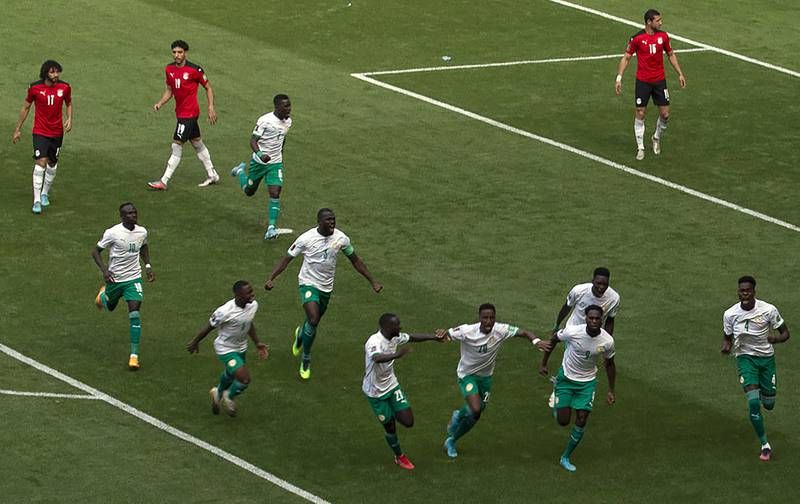 Senegal players celebrate the goal that set up the penalty shoot-out win against Egypt. AP

Mane delivered the winning spot kick as Senegal beat Egypt 3-1 at the end of a tempestuous World Cup playoff second leg in Dakar on Tuesday to win a place in Qatar.

Boulaye Dia netted a fourth-minute goal as Senegal won the second leg 1-0 for a 1-1 aggregate draw at the new Diamniadio Olympic Stadium, which was packed with a capacity 50,000 crowd hours before kickoff.

The nerve-filled shoot-out started with four misses, including from both captains – Kalidou Koulibaly and then Salah – but Mane won the shoot-out, repeating his heroics after last month’s Africa Cup of Nations final.

Egypt had netted a fourth-minute goal last Friday in the first leg in Cairo but that advantage was quickly eroded as Dia bundled home.

Idrissa Gana Gueye’s free kick was cleared in the wrong direction by Egypt defender Ahmed Fattouh and the own goal meant the aggregate scores were level.

Senegal dominated the exchanges although the game was often interrupted by niggly fouls, gamesmanship and occasional pushing and shoving between the anxious players. 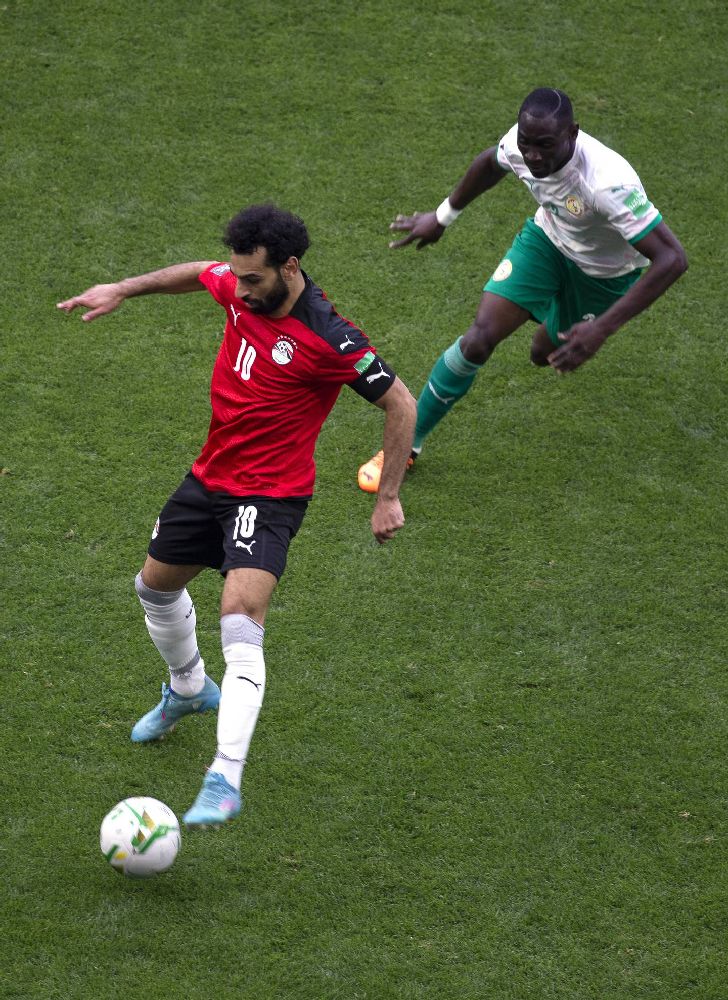 It did not help that both coaches – Aliou Cisse for Senegal and Carlos Queiroz for Egypt – spent much of the match shouting at the match officials from the touchline.

Senegal could have settled the tie inside the 90 minutes as Ismaila Sarr spurned a golden chance in the 82nd.

He was put free on goal by Mane’s defence-splitting pass but with goalkeeper Mohamed El Shennawy rushing out to close the angle, Sarr put the ball wide of the target.

Egypt’s best chance of the match fell to substitute Ahmed Zizo, who was served up an opportunity by Salah’s cross but he put his header narrowly wide.

In the shoot-out, the first four penalties were wasted before Sarr put Senegal ahead and Bamba Dieng made it 2-1 before Edouard Mendy saved from Mostafa Mohamed.

That gave Mane the opportunity to be a hero all over again with Senegal’s fifth kick, which he blasted straight down the middle to book their World Cup ticket.