Moscow-held Ukraine regions to vote on annexation by Russia 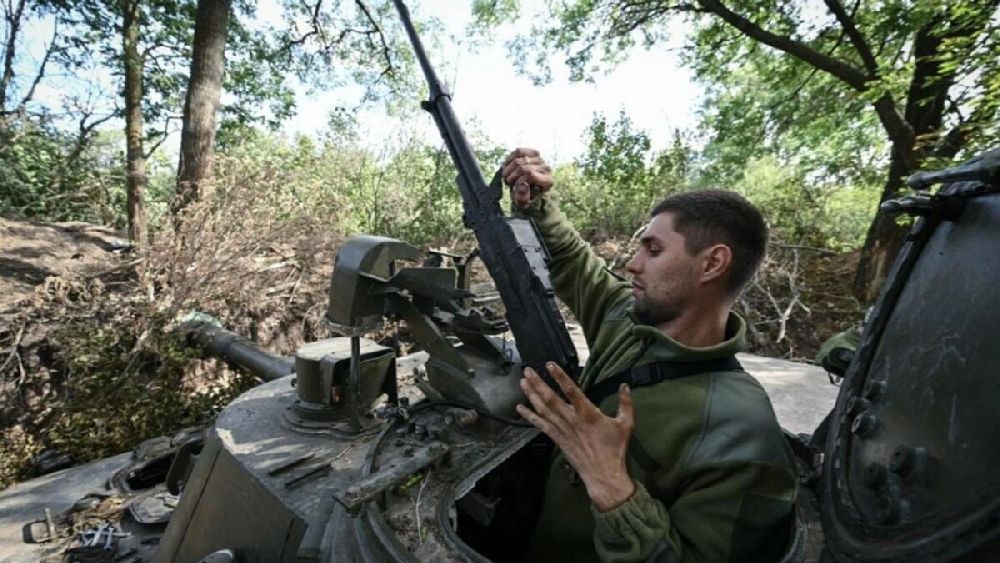 Moscow-held regions of Ukraine will urgently vote on annexation by Russia, separatist officials said Tuesday, as Kyiv’s troops wrest back territory captured by the Kremlin’s forces.

Pro-Russia authorities in the eastern Donetsk and Lugansk regions, as well as in the southern Kherson and Zaporizhzhia regions, said they would hold the vote over five days beginning Friday this week.

The regions are on the frontlines of a sweeping Ukrainian counter-offensive that has seen Kyiv’s forces retake hundreds of towns and villages that had been controlled by Russia for months.

Their integration into Russia would represent a major escalation of the conflict as Moscow could try to say it was defending its own territory from Ukrainian forces.

Washington, Berlin and Paris denounced the ballots and said the international community would never recognise the results while NATO said the votes marked a “further escalation”.

Ukrainian President Volodymyr Zelensky hailed his western allies for their condemnation of the Russian move.

“I thank all the friends and partners of Ukraine for their massive and firm condemnation of Russia’s intentions to organise yet more pseudo-referendums,” said Zelensky, who will speak to the UN General Assembly by video-link on Wednesday.

He said he will address “new facts of Russian atrocities” that are being recorded, noting that locals in territories recaptured by Ukrainian forces have been showing “where the occupiers had torture rooms, where they hid the bodies of the murdered, testify about collaborators.”

Kyiv said the “sham” referendums were meaningless and vowed to “eliminate” threats posed by Russia, saying its forces would keep retaking territory regardless of what Moscow or its proxies announced.

Denis Miroshnichenko, a separatist leader in the Lugansk region, said pro-Moscow lawmakers had voted to hold the vote from September 23 to 27.

Shortly afterwards, a news portal associated with separatist authorities in Donetsk said the region would hold a ballot over the same dates.

Large parts of the industrial Donbas area – made up of Donetsk and Lugansk – have been controlled by Moscow-backed separatists since 2014, after nationwide demonstrations ousted a Kremlin-friendly Ukrainian president.

Russia at the time annexed the Crimean peninsula on the Black Sea from Ukraine with a vote that was criticised by Kyiv and the West, which imposed sanctions in response.

Authorities in the southern Kherson region of Ukraine also announced Tuesday they would hold a vote over the same dates.

“The incorporation of the Kherson region into the Russian Federation will secure our territory and restore historical justice,” said the Moscow-appointed head of that region, Vladimir Saldo.

He echoed a phrase used earlier in the day by Russia’s former president and prime minister Dmitry Medvedev, who invoked correcting historical wrongs but also said the votes would bolster Russian forces.

“Encroachment into Russian territory is a crime and if it is committed, that allows you to use all possible force in self-defence,” Medvedev, now the deputy chairman of Russia’s security council, said on social media.

German Chancellor Olaf Scholz denounced the “sham” votes and said they must be rejected by the international community.

French President Emmanuel Macron called them a “travesty”, saying Russia’s charge harked back “to the age of imperialism and colonies”.

White House National Security Advisor Jake Sullivan said the referendums were “an affront to the principles of sovereignty and territorial integrity”.

“The United States will never recognise Russia’s claims to any purportedly annexed parts of Ukraine,” he said.

The votes come at a decisive moment.

Ukraine’s forces in the east are now pushing towards the village of Bilogorivka whose capture by Russia in May decimated Moscow’s forces as they crossed the Siverskyi Donets river nearby.

Political analyst Tatiana Stanovaya said the vote announcements were a direct result of the success of Ukraine’s eastern counter-offensive.

Putin, she said, wants to threaten the full use of Russia’s military, including nuclear weapons, in defending Russian territory, including newly annexed regions.

“Putin does not want to win this war on the battlefield. Putin wants to force Kyiv to surrender without a fight,” she said.

The head of Russian state-media group, RT, Margarita Simonyan said the announcements marked either “the eve of our imminent victory or the eve of nuclear war”.

Speaking with newly appointed foreign ambassadors in Moscow on Tuesday ahead of the opening of the UN General Assembly, Putin said Russia would pursue its “sovereign course.”

Dire warnings of the consequences of the conflict on global food security prompted world powers to convene at the assembly, with the United States, the European Union, the African Union and Spain meeting at ministerial level on food prices.