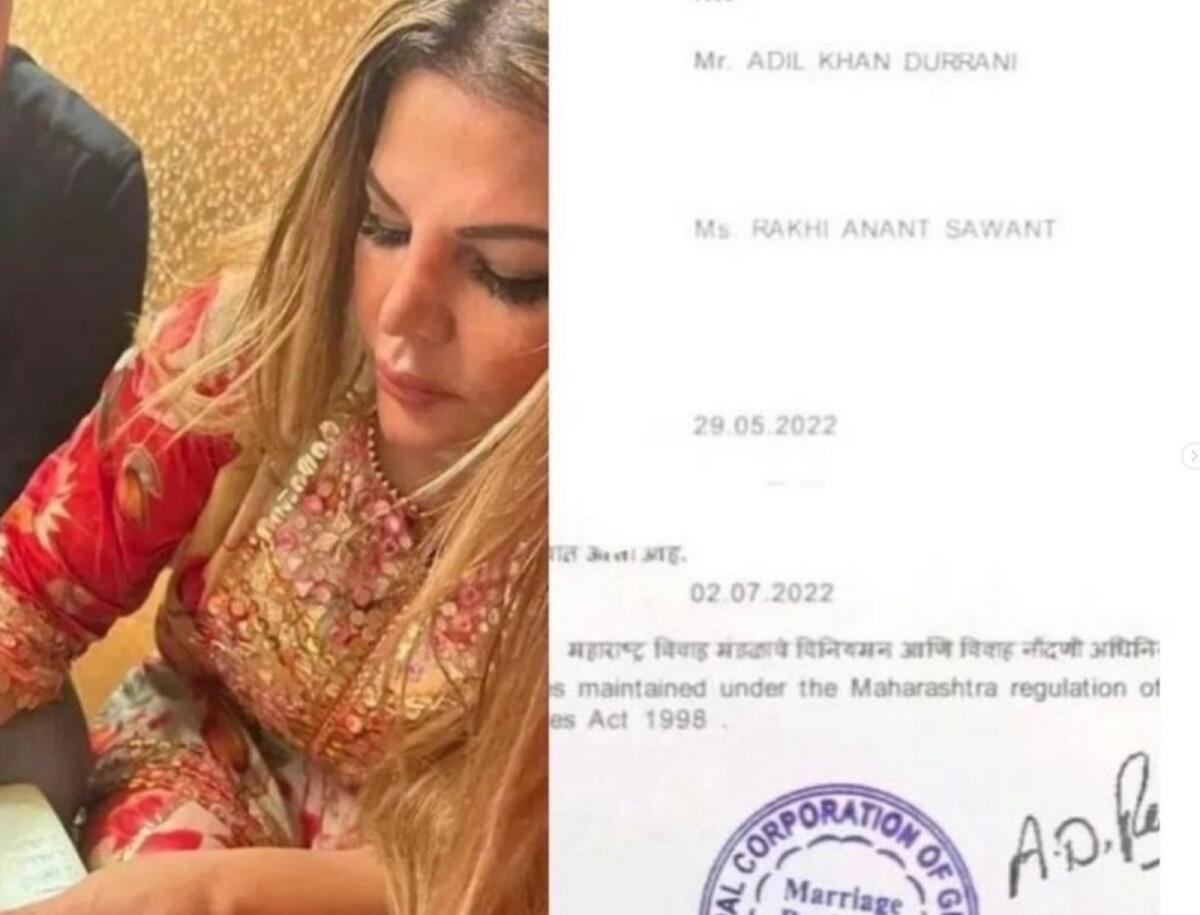 On Wednesday, Rakhi took to her Instagram to post that she had married Adil in 2022. She also shared a photograph of their purported marriage certificate which shows that the wedding took place on May 29 last year.

“Finally, I’m happy, so excited and got married my love is 4 Ever unconditional love for you Adil [sic],” the 44-year-old captioned the post. 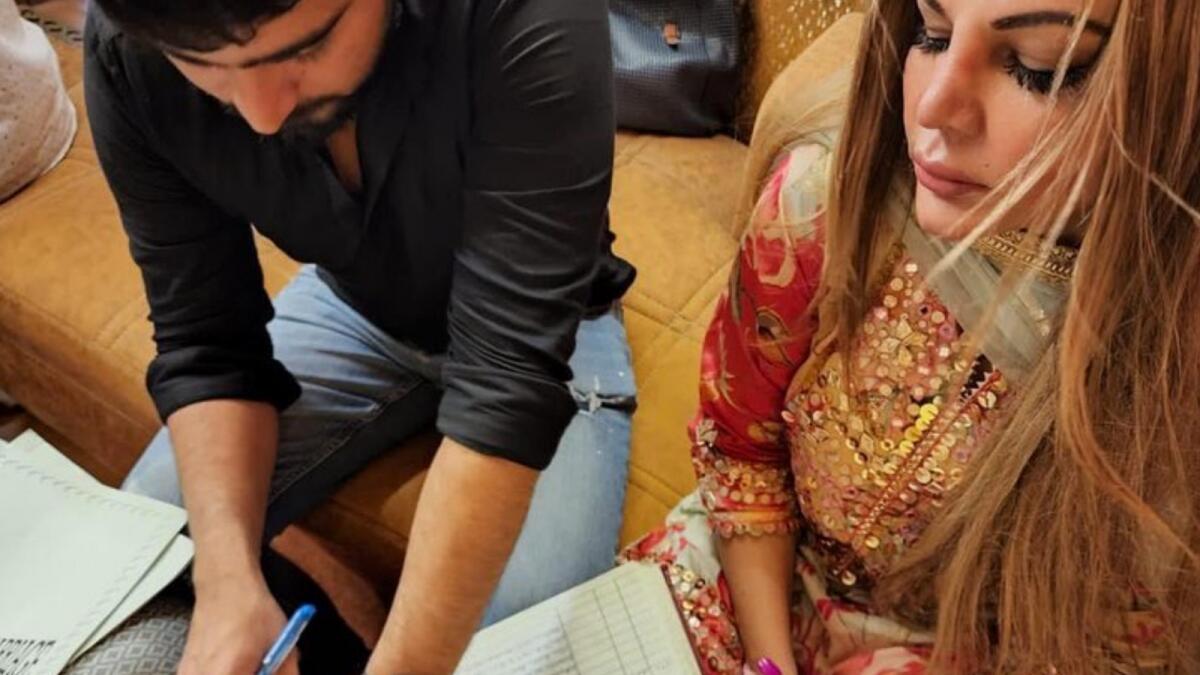 Photos of the duo have been circulating the Internet.

The actress, however, has refused to comment on rumours over her pregnancy.

“No comments,” she told ANI when asked if she was indeed expecting a child with Adil.

Celebrities flocked to the comments section to flood the TV star with wishes.

Meanwhile, Rakhi posted an Instagram reel video where she is seen placing a garland over Adil, and reshared a video of the two with what appears to be a Qazi officiating a ceremony.

In the video, Rakhi is seen dressed in a light-pink outfit, while Adil wears a black t-shirt and blue jeans.

Rakhi was previously married to Ritesh Raj, with the two even appearing together on Salman Khan’s reality show Big Boss 15. Rakhi had parted ways with her boyfriend Abhishek Awasthi prior to that, with the relationship reportedly ending on a sour note.