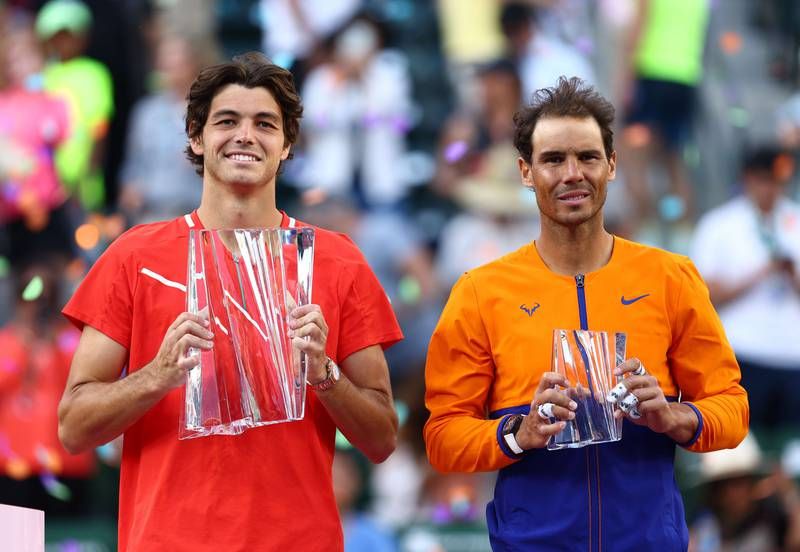 Rafael Nadal’s perfect start to the season came to an end on Sunday after Taylor Fritz defeated the Spaniard in the Indian Wells final to claim his first Masters 1000 title.

Nadal, 34, had won all three tournaments he had played so far this year, collecting titles in Melbourne and Mexico either side of a record-setting 21st Grand Slam title at the Australian Open. Entering the Indian Wells final, he was on a 21-match winning streak but it ended there as Fritz battled through an ankle injury to earn a 6-3, 7-6 victory. 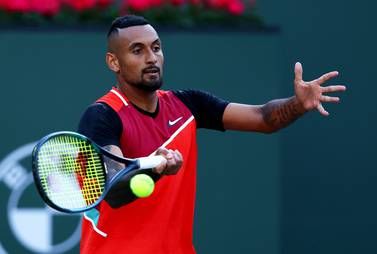 Hours earlier it looked like the 24-year-old American, ranked 20th in the world, wouldn’t be able to take the court for what would turn out to be the greatest win of his career. But after treatment to numb the pain and against the advice of his camp, Fritz found himself celebrating victory over Nadal.

“In the end, I am glad I made this decision,” Fritz said. “We’ll see how it is tomorrow. I have an MRI tomorrow.”

He acknowledged that his participation in next week’s Miami Masters is now “questionable.” But he’s not sorry he’s so “incredibly stubborn.”

Fritz said that’s part of what helped him recover in time for Wimbledon last year after he departed Roland Garros in a wheelchair then underwent surgery to repair damage in his right knee.

“I think I’m an extremely stubborn person,” he said of his ability to shake off injury. “I also think I have a very high pain tolerance and not a lot of regard for potentially damaging myself worse if I think there’s a chance I can get on the court and play.

“It’s probably a lot of not-so-good things that get me on the court,” added Fritz, who also kept playing in Toronto last year when he was “seeing fuzzy and almost blacking out.”

He had plenty of incentive to tough it out on Sunday, with a chance to play one of the game’s greats at a tournament he attended with his father as a child growing up in Southern California.

The reward was a first Masters 1000 title that made him the first American to win at the elite level since John Isner won in Miami in 2018.

“My dad brought me here as a kid,” Fritz said. “He told me that I was going to win this tournament one day when I was a little kid.

“He was just really, really proud of me,” Fritz said of his emotional post-match talk with his parents. “And it’s really tough to get a compliment out of him.”

While Fritz’s ankle injury may keep him out of Miami, he believes his Indian Wells win is a step toward his current goal of reaching the top 10.

“This obviously helps a lot,” he said. “Obviously I’d love to go way higher than that and achieve way more than that.”

Nadal had been battling his own injury issues throughout the tournament but it was not his ongoing foot issue that was causing him concern in the final but an apparent rib injury.

The Spaniard twice received treatment on his upper body for a yet-to-be diagnosed problem that not only hurt but also affected his breathing.

However, ever gracious in defeat, Nadal wanted to ensure the focus was on Fritz for his landmark victory.

“It is not the moment to talk about that honestly,” he said. “Even if it’s obvious I wasn’t able to do the normal things today. It’s a final, I tried. I lost against a great player.”