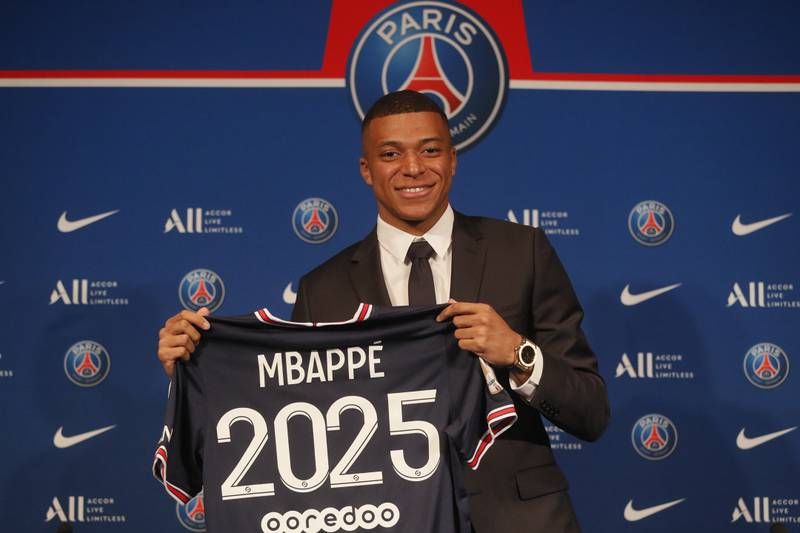 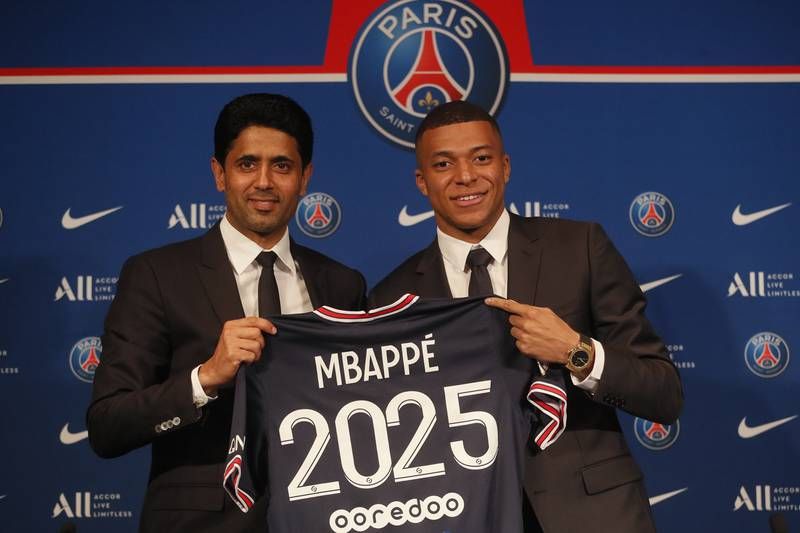 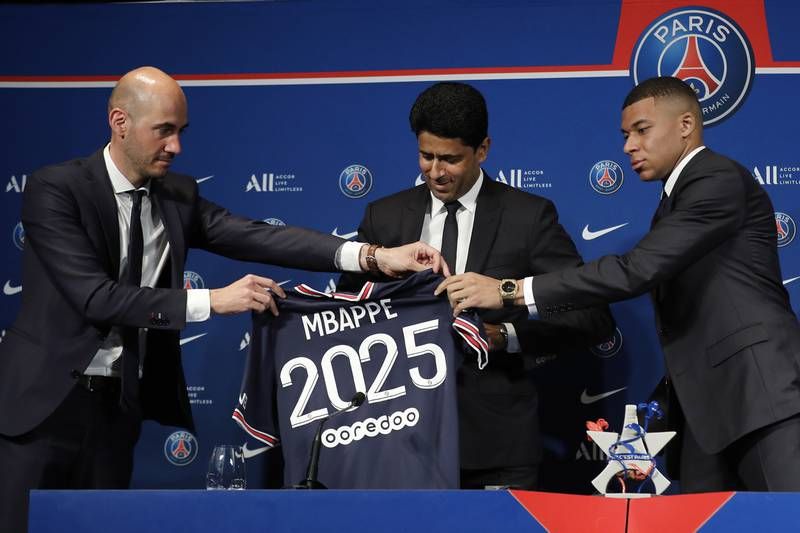 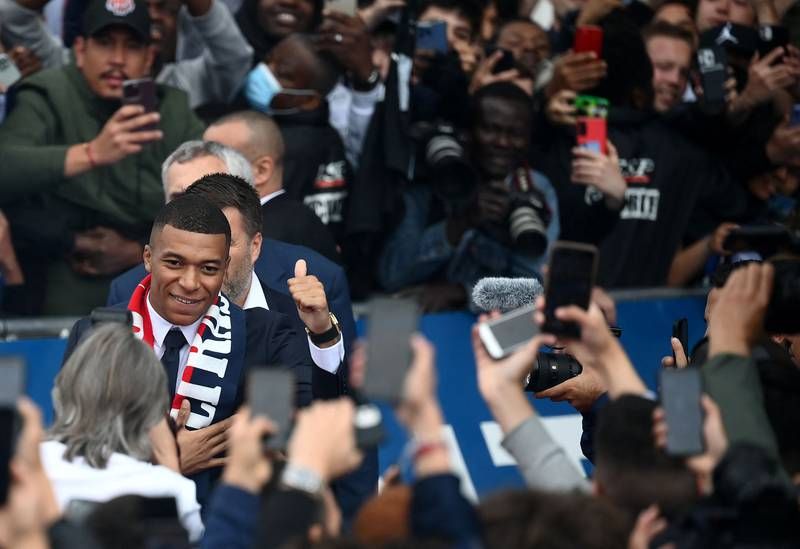 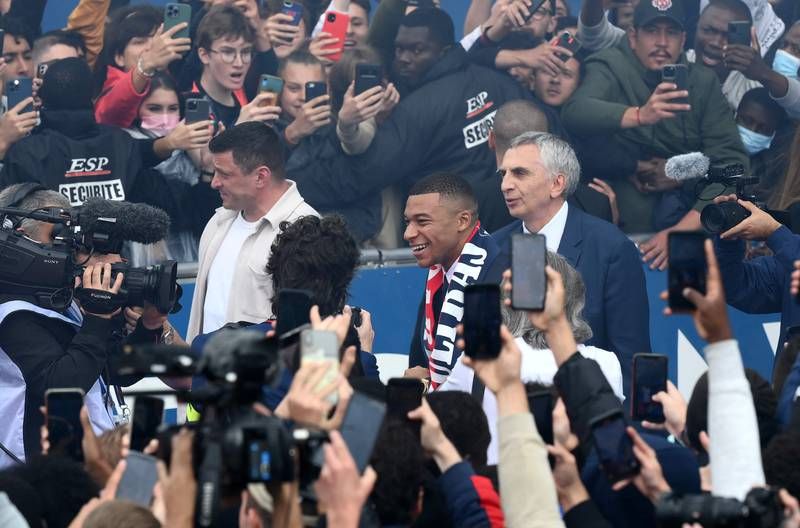 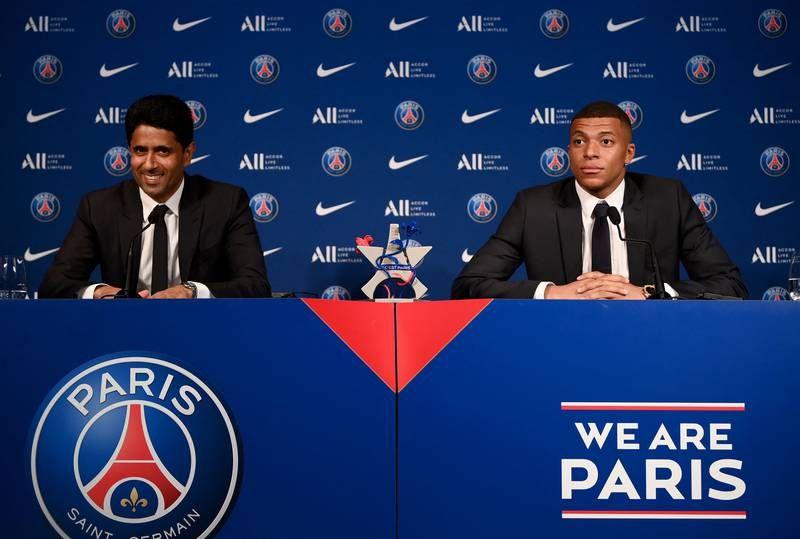 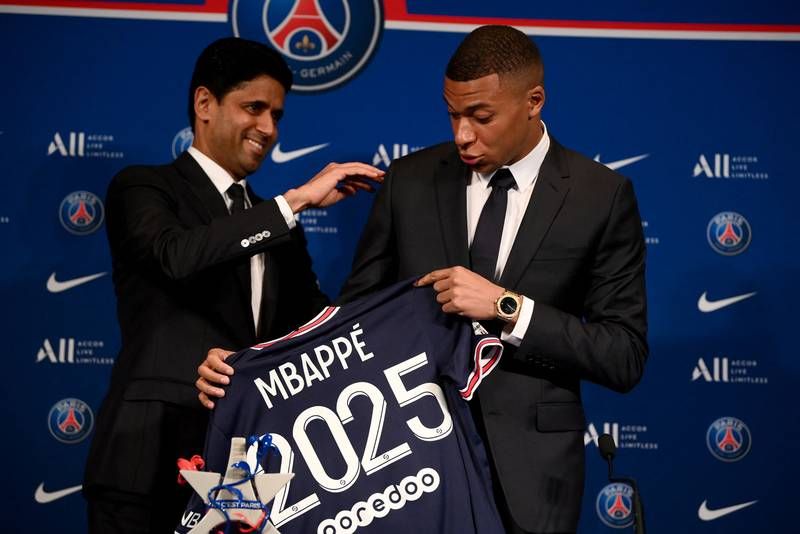 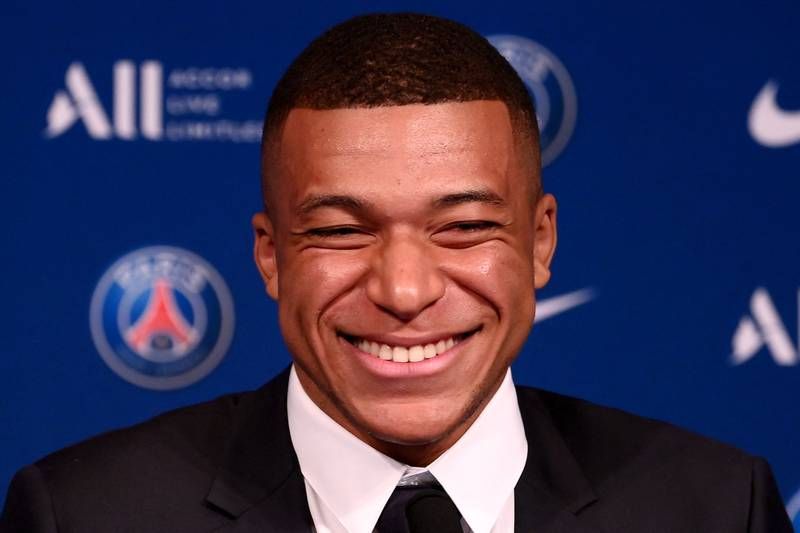 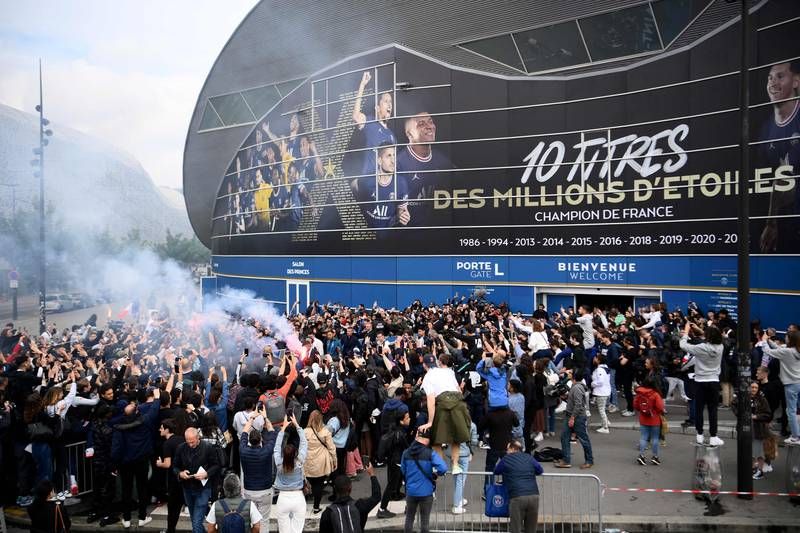 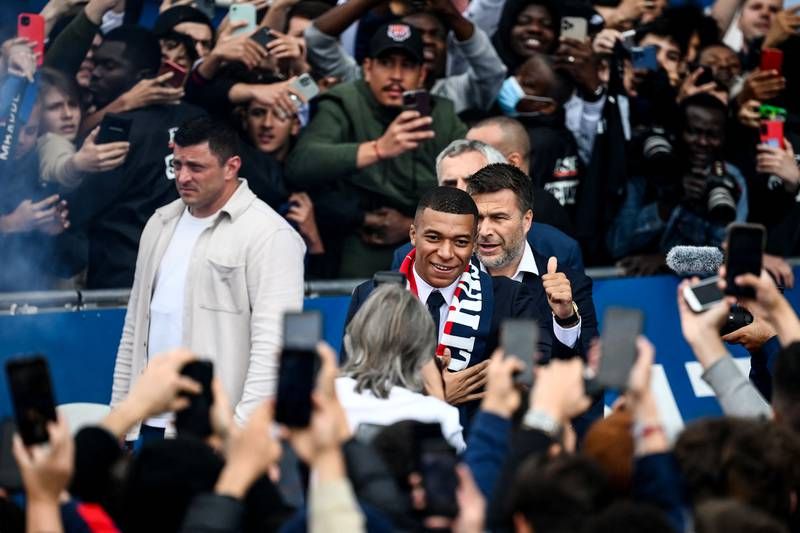 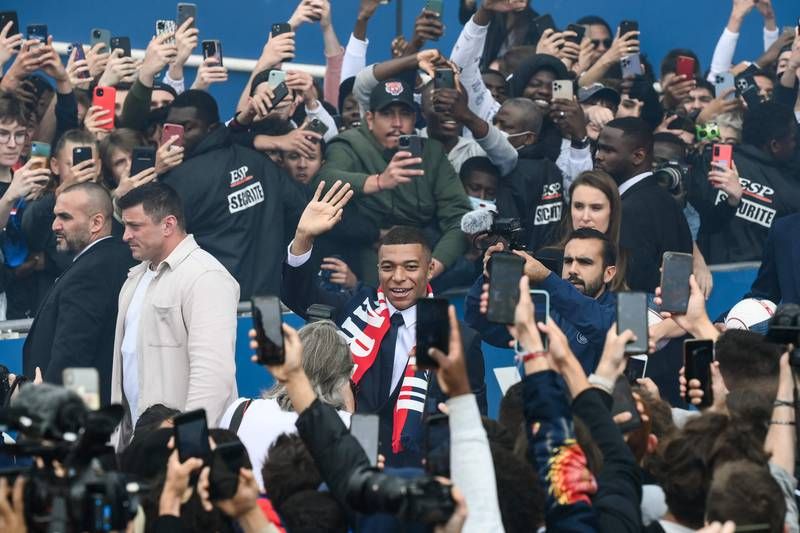 Kylian Mbappe holds up a PSG shirt displaying the number for when his new contract will expire after signing a new deal to remain at the club. AP

Kylian Mbappe has said the possibility of one day joining Real Madrid is “never over” after the French striker turned down the opportunity to join the Spanish champions in favour of signing a new contract with Paris Saint-Germain.

Mbappe, 23, had long been expected to move to Real Madrid at the end of the season, when his previous PSG deal expired, and had reportedly agreed terms with the 13-time European champions. However, the 2018 World Cup winner announced over the weekend that he was staying in Paris after signing a new three-year contract. 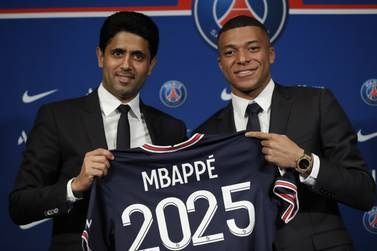 Mbappe’s U-turn sparked an angry reaction from La Liga, and the Spanish football authorities wrote a letter to European football’s governing body Uefa to address what they described as a “scandalous” deal from PSG.

While Mbappe’s immediate future has been settled, he admitted that he is not ruling out a future move to the Bernabeu, telling the BBC: “You never know what can happen in the future.

“I give up thinking about the future, I only think about the present and the present is I signed a new contract for three years more at Paris Saint-Germain.”

When asked if his new contract meant his chances of possibly moving to Madrid one day are now over, Mbappe said: “Never over.”

Mbappe revealed that he personally spoke to Real Madrid president Florentino Perez to let him know of his decision to remain at PSG.

“It was last week I made the decision to stay,” he said. “First of all I spoke to the president of Real Madrid because I have a lot of respect for him and the club. I think it was important to say it personally that I wasn’t going to go.

“To be a great player [you have] to be honest and everything was great and good because we have a good relationship.” 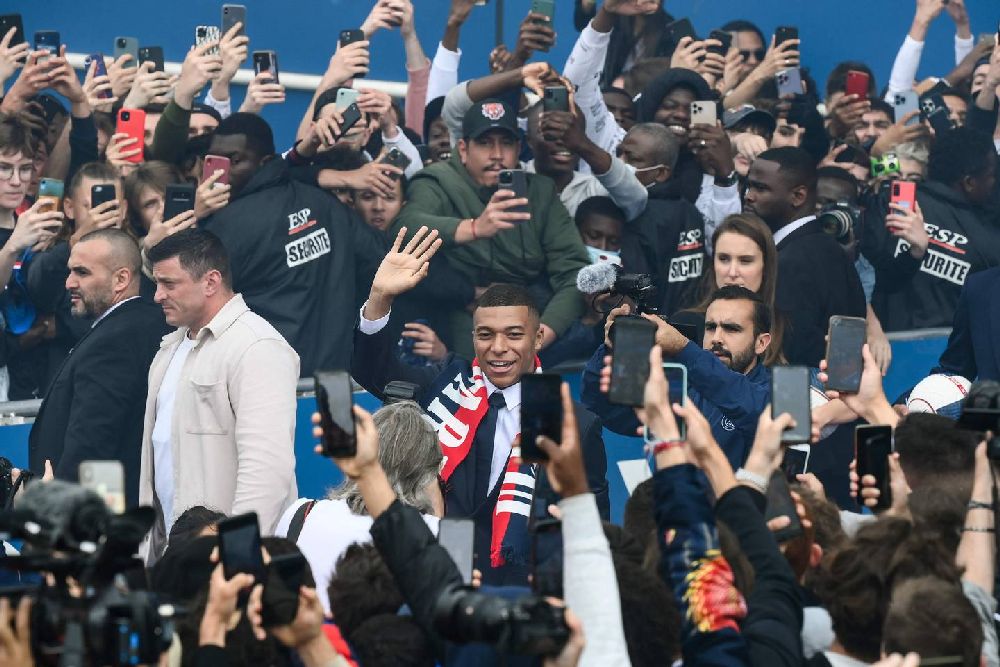 Despite the ongoing speculation surrounding his future, Mbappe did not let it affect his performances. The France international completed the Ligue 1 season as the competition’s top scorer with 28 goals as PSG reclaimed the title by a 15-point margin.

“I am 100 per cent focused on my game,” he said. “I didn’t have to follow [the speculation]. During the season I was focused 100 per cent because I had individual goals and collective goals. It was important to stay focused on the pitch and make my decision when the season was over.”

Speaking at a press conference on Monday, Mbappe explained his reasons for staying at PSG, stating it was not the right time to leave his country while expressing his desire to help the club win more trophies – most notably the Champions League, which has so far eluded the French giants. 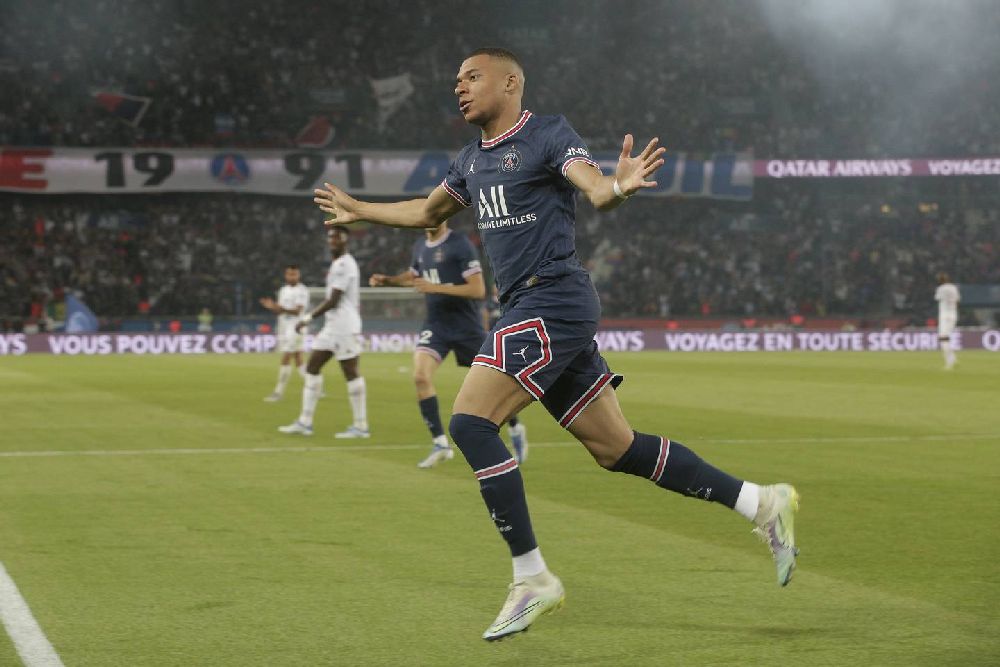 “Leaving my country isn’t the right thing,” he said. “There is a sentimental aspect to this. It is my country.

“The ongoing project has changed as well. That has made me want to stay here because I don’t think my story is over yet. That goes for me collectively and individually. I think there are many more wonderful chapters to write.

“We want to create more trophies. We have won plenty so far, we want to win many more,” he added. “We want to win the Champions League. We are headed down the same path with our sporting goals.”