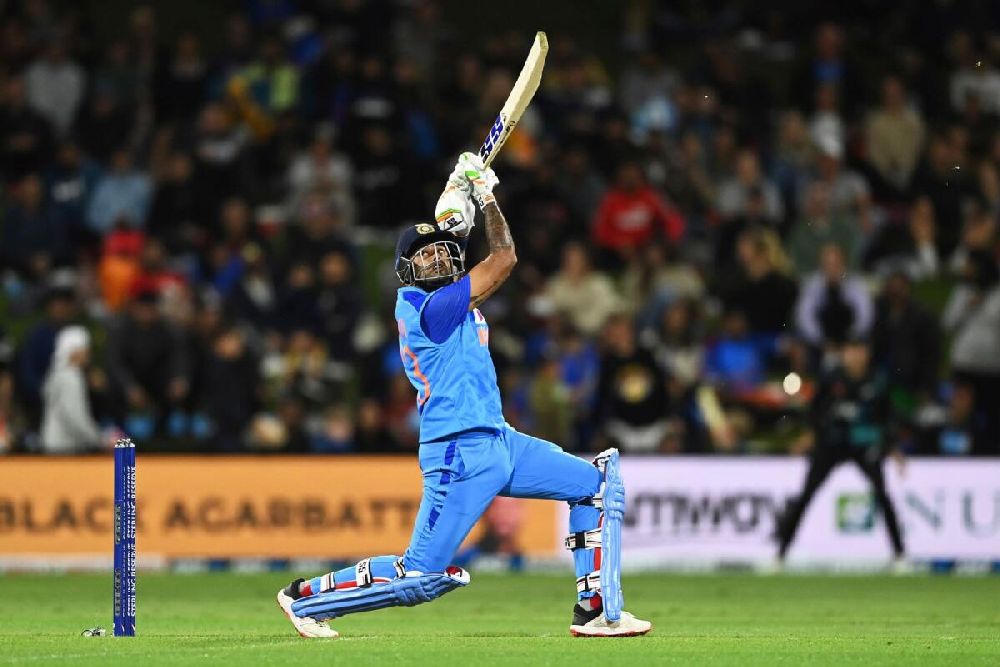 Batting dynamo Suryakumar Yadav says his “special” century against New Zealand was forged on enjoyment and hard work as he steered India to a 65-run in the second T20 International on Sunday.

Suryakumar struck an imperious 111 not out off just 51 balls as the tourists posted 191-6 at Mount Maunganui’s Bay Oval.

New Zealand were skittled for 126 in the 19th over, handing India a 1-0 lead in the three-match series after the opening fixture was washed out in Wellington on Friday.

To win the final game in Napier on Tuesday, the Black Caps will need to find an answer to Suryakumar, who illustrated why he is ranked the world’s best T20 batter.

The 32-year-old struck 11 fours and cleared the ropes seven times as he compiled his second century in the format, having posted 117 against England at Nottingham four months ago.

He had already become the first Indian to score 1,000 T20 runs in a calendar year before Sunday’s knock and has passed 50 in seven of his last 11 innings.

“Obviously I’m enjoying batting this way. I’m doing the same things in the nets, in all practice sessions.”

Opener Ishan Kishan provided the next-highest Indian score with 36 off 31.

Suryakumar ensured the run rate accelerated as the innings progressed and he raised three figures while taking 22 runs off the penultimate over bowled by Lockie Ferguson.

“It was really important for me to bat to the end, that’s what Hardik (Pandya) was telling me from the other end,” said Suryakumar, whose career strike rate has climbed to an extraordinary 181.64.

“We really wanted to maximise the last four overs and I’m really happy with the way things went.”

Captain Kane Williamson top-scored with 61 off 52 but his struggle for timing was mirrored by his teammates against an Indian attack boasting variety and discipline.

Spinner Hooda took 4-10 off 2.5 overs, claiming the last three scalps in the space of four balls.