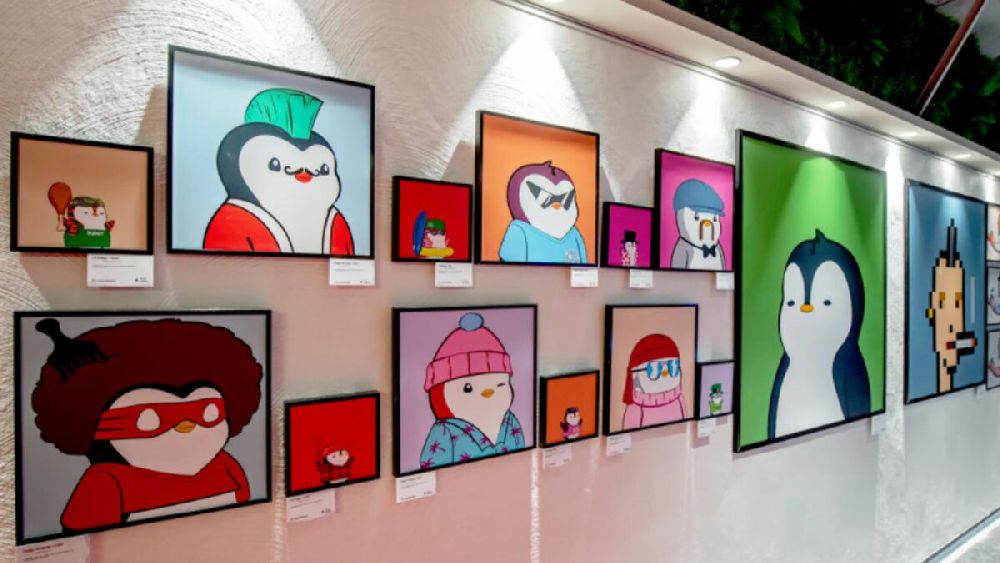 Cryptocurrency and even Non-fungible Tokens (NFTs) have become a principal focus of scammers in recent years, security experts said at GISEC Global said.

Speaking to Khaleej Times, several experts highlighted how investors looking to enter the cryptocurrency space need to ensure that they are well informed of the nature of the industry and the threats that it faces from malicious actors.

David Brown, director of Security Operations at Axon Technologies, explained that crypto scams are growing because of users’ ignorance of digital monetary mechanisms and how they truly work. “Secondly, due to greed, this combination will always be a game-winner for the scammer. People seek to make money by doing nothing and contributing even less to society, making it a delight for scammers to take advantage of them.”

Similarly, Rahil Ghaffar, regional director for the MEA region at Virsec, noted that the growth of crypto scams can be attributed to demand and supply in the market, and how people respond to that. “Scammers are consistently innovating ways to successfully extract big amounts from unsuspecting victims. They often promise a huge return on investment, which in turn lures people who are easily tempted and trapped by the offer.”

Brown explained that a leading scam in cryptocurrency investment, where new forms of crypto are constantly advertised, is known as an Initial Coin Offering (ICO). Scammers tend to advertise investment in a new form of crypto with guaranteed returns when in fact it is a fake coin that is a worthless cryptocurrency. Another scam, he explained, uses fake mobile and web apps; many fall victim to this, which steal users’ account credentials and drains their wallets.

“The third scam is Decentralized finance, or DeFi, which aims to remove gatekeepers for financial transactions,” Brown said. “DeFi platforms are solutions filled with problems that bad actors take advantage of to steal all the investors’ funding just before they go public.”

Ghaffar also cautioned investors to be on the lookout for phishing scams – an age-old method in which the sender tricks you into providing private information by pretending to be a reliable or reputable source, and that can then be used to compromise your financial accounts. He also highlighted the risks involved with peer-to-peer transactions.

“Peer-to-peer transactions often involve removing the intermediary,” he added. “While there is nothing inherently wrong with this approach, it does result in certain levels of exposure, which can increase your chances of inadvertently falling prey to scammers.”

Satnam Narang, staff research engineer at Tenable, pointed out that such scams are global in nature, and don’t affect users in just one country or region. He said that users looking to capitalise on new assets being created may find fake websites being promoted on YouTube videos or through Telegram channels that direct users to fake tokens all the time. Scammers create fake tokens using the same token name as real ones or they create new and unique tokens.

“For instance, scammers promoted a fake SPACEX token claiming that Elon Musk had announced it, but there was no such token being created,” he revealed. “What makes this type of scam so successful is that users that purchase these fake tokens receive something in their cryptocurrency wallets, which makes it seem legitimate. However, the tokens are designed in such a way that anyone that purchases it cannot sell the tokens back. The scammers can then take the funds that users paid to purchase those tokens and sell them and make millions. In the SPACEX token example, scammers made over $1 million.”

Narang warned investors to remember that there is no such thing as a get rich quick scheme in cryptocurrency. “You can’t double your cryptocurrency by sending money to an address and many of these notable figures aren’t doing giveaways like this on social media or YouTube. Before purchasing new cryptocurrency assets, do your research first; check with the official websites for the project to find out if the token has been launched or if they even have launched a token in the first place.”

“Bookmark the websites you use for cryptocurrency exchanges and NFT platforms and never connect to a website that you haven’t validated first. Most importantly, never enter your unique seed phrase for your cryptocurrency wallet into any website,” he added.

Brown also advised residents not to put their money in something if they can’t truly comprehend how it all works.” Don’t speculate in cryptocurrencies or NFTs with money that you can’t afford to lose and never recover. Don’t invest in or trade cryptocurrencies based on advice from people or groups that only deal online. Don’t believe social media posts promoting any form of cryptocurrency or NFT. Lastly, if a user chooses to go forward, only deal with regulated, well-established, and secure market exchanges.”