The Twitter account of leading Bollywood actress Kangana Ranaut has been restored two years after she was banned following a tweet urging Prime Minister Narendra Modi to subdue one of his political opponents.

Twitter Inc did not immediately respond to a query from Reuters on the restoration of Ranaut’s account.

She further tweeted a BTS (behind the scenes) video of her upcoming film ‘Emergency’ and the news has the fans excited!

She attached a caption with the BTS video – “And it’s a wrap !!! Emergency filming completed successfully… see you in cinemas on 20th October 2023”

The actor’s fans are quite ecstatic to have her back and many even replied to her tweet saying, “Welcome back!!!”

However, an official blue tick from her profile is missing, which fans are hoping will be attached to her account soon.

Twitter suspended Ranaut’s account in May 2021 for “repeated violations” of its hateful conduct and abusive behaviour policies. 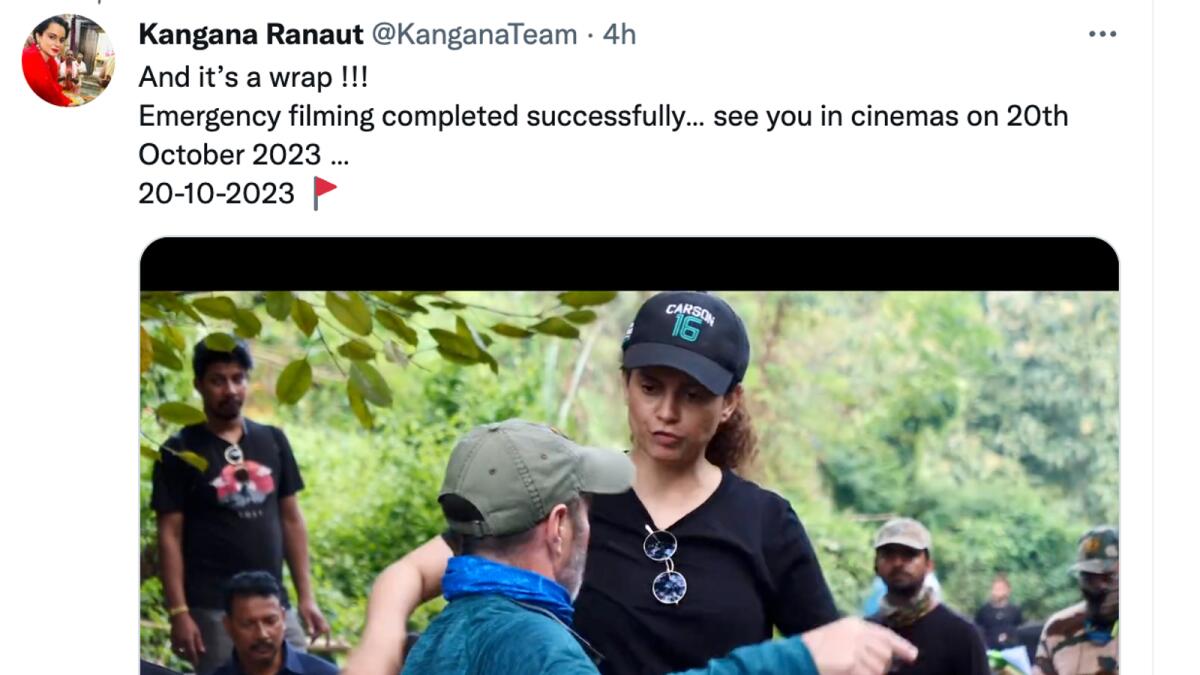 The suspension came after Ranaut asked Modi in a tweet to “tame” Mamata Banerjee, the chief minister of the eastern state of West Bengal, whose regional party defeated Modi’s Hindu nationalist Bharatiya Janata Party in the state elections.

Following the election, Banerjee’s party was accused of violent attacks on its defeated opponents, which it denied.

Ranaut is a winner of several national film awards and is known for her ardent support of Modi.

According to a Twitter spokesperson, Kangana’s account was constantly provoking anger and violence, which was diminishing the value of global public conversation on the platform.