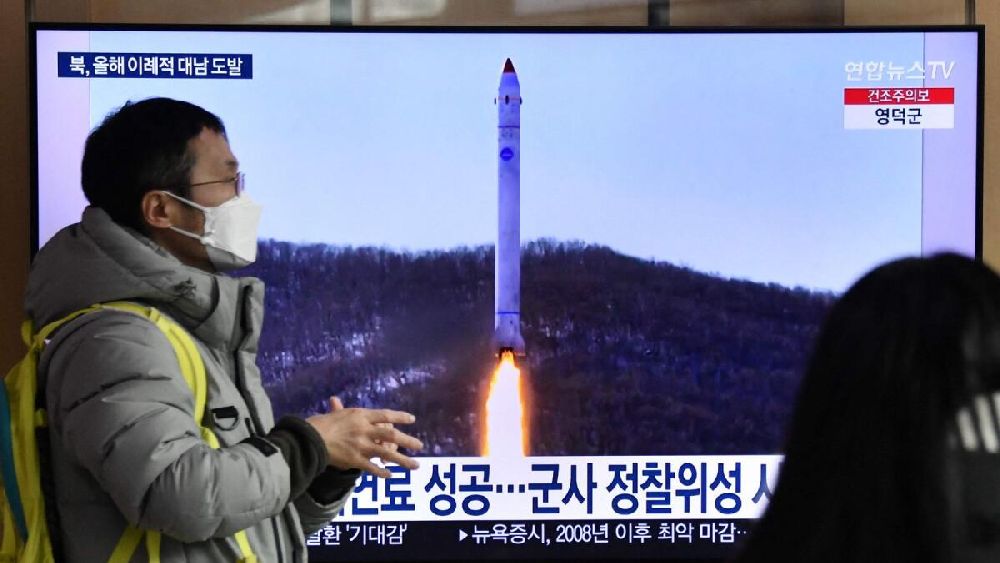 North Korea fired one short-range ballistic missile on Sunday into the sea, the South Korean military reported, according to the Yonhap news agency.

The New Year’s Day firing was the second in as many days, and continued a record-breaking blitz of launches in 2022.

The projectile came from the Yongseong area of the capital Pyongyang and landed in the East Sea, also known as the Sea of Japan, Yonhap said, quoting the Joint Chiefs of Staff.

Military tensions on the Korean peninsula rose sharply in 2022 as the North conducted sanctions-busting weapons tests nearly every month, including firing its most advanced intercontinental ballistic missile ever.

That North Korean launch also followed the incursion of five North Korean drones into the South’s airspace earlier in the week.

Monday’s North Korean drone incursion was the first such incident in five years and prompted an apology from Seoul’s defence minister after the military failed to shoot down a single drone despite scrambling jets for a five-hour operation.