North Korea test-fires missile with range to strike entire US 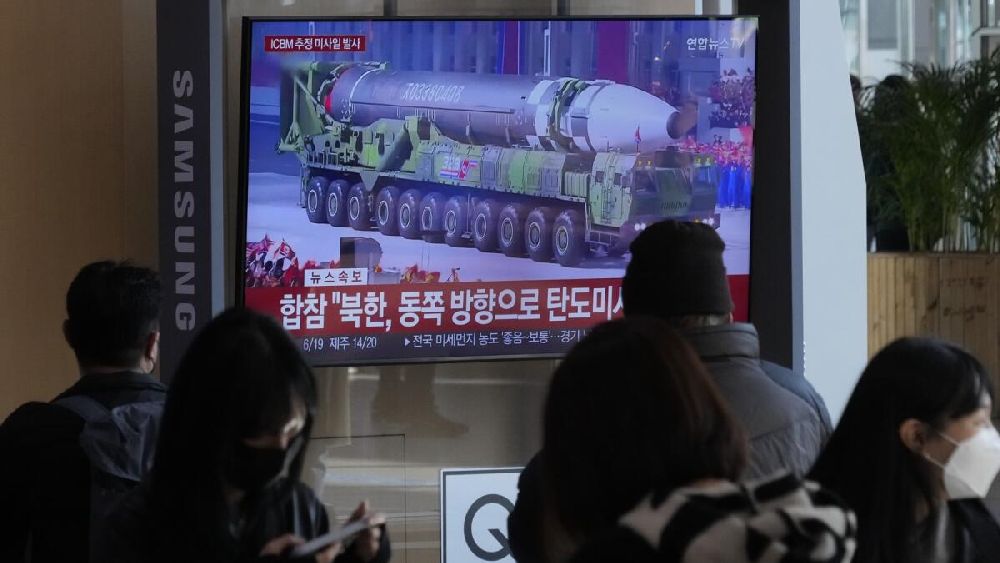 North Korea fired an intercontinental ballistic missile that landed near Japanese waters Friday in its second major weapons test this month that showed a potential ability to launch nuclear strikes on all of the US mainland.

The United States quickly condemned the launch and vowed to take “all necessary measures” to guarantee the safety of its territory and its allies South Korea and Japan. Vice-President Kamala Harris met with the leaders of those countries and of Australia, Canada and New Zealand who are attending a regional forum in Bangkok to discuss the launch.

“We again call for North Korea to stop further unlawful, destabilizing acts. On behalf of the United States, I reaffirm our ironclad commitment to our Indo-Pacific alliances,” Harris said at the start of the meeting.

“Together the countries represented here will continue to urge North Korea to commit to serious and sustained diplomacy.”

South Korea’s Joint Chiefs of Staff said it detected the ICBM launch from North Korea’s capital region around 10:15 a.m. Japan said it appeared to fly on a high trajectory and land west of its island of Hokkaido. 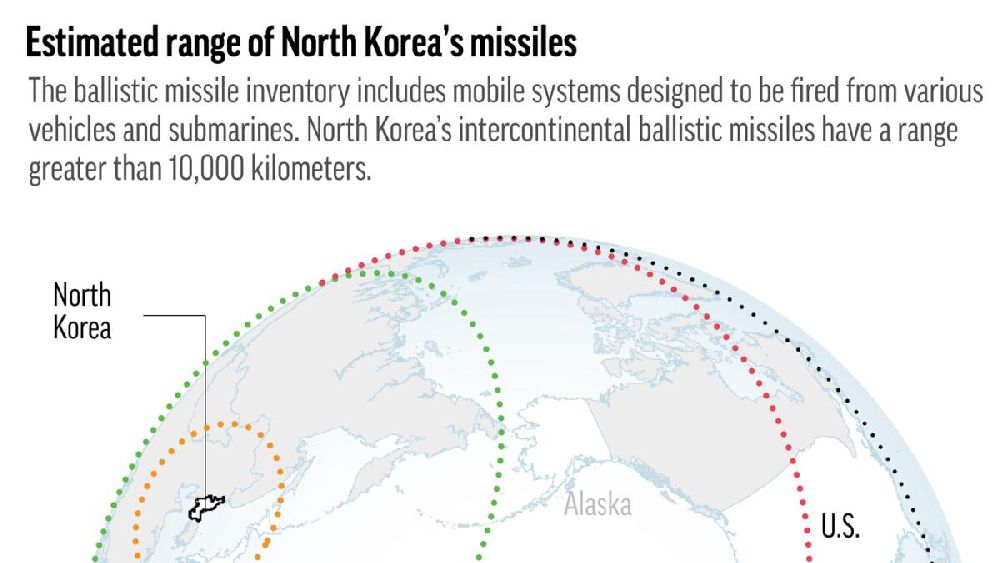 Japanese Defence Minister Yasukazu Hamada said that depending on the weight of a potential warhead, the missile had a range exceeding 15,000 kilometers (9,320 miles), “in which case it could cover the entire mainland United States.”

US National Security Council spokesperson Adrienne Watson said the launch “needlessly raises tensions” and shows that North Korea is prioritizing unlawful weapons programs over the wellbeing of its people. “Pyongyang must immediately cease its destabilizing actions and instead choose diplomatic engagement,” Watson said.

In his opening comments at the meeting in Bangkok, Japanese Prime Minister Fumio Kishida called the launch “utterly unacceptable,” saying the missile fell inside Japan’s exclusive economic zone west of Hokkaido. South Korean Prime Minister Han Duck-soo said the international community must work together to get North Korea to realize that each of its provocations only deepens its international isolation and economic hardship.

The exercises “showed we have a strong resolve to sternly deal with an ICBM launch and any other provocations and threats posed by North Korea, and the allies’ overwhelming capacity and readiness to launch precision strikes on the enemy,” South Korea’s Joint Chiefs of Staff said in a statement.

South Korean President Yoon Suk Yeol earlier ordered officials to boost security cooperation with the United States and Japan and implement unspecified deterrence steps that were previously agreed upon with Washington. Yoon also ordered officials to push for strong international condemnations and sanctions on North Korea, according to his office.

North Korea also launched an ICBM on Nov. 3, but experts said that weapon failed to fly its intended flight and fell into the ocean after a stage separation. That test was believed to have involved a developmental missile called Hwasong-17. North Korea has two other types of ICBMs — Hwasong-14 and Hwasong-15 — and their test launches in 2017 showed they could potentially reach parts of the U.S. homeland.

The Hwasong-17 has a longer possible range than the others, and its huge size suggests it’s designed to carry multiple nuclear warheads to defeat missile defense systems. Some experts say the Nov. 3 test showed some progress in its development, given that a Hwansong-17 exploded soon after liftoff in an earlier test in March.

It wasn’t immediately known if North Korea launched a Hwasong-17 missile on Friday or something else.

Before that launch, North Korean Foreign Minister Choe Son Hui threatened to launch “fiercer” military responses to steps by the U.S. to bolster its security commitment to South Korea and Japan.

Choe was referring to President Joe Biden’s recent meeting with Yoon and Kishida on the sidelines of a regional gathering in Cambodia. In their joint statement, the three leaders strongly condemned North Korea’s recent missile tests and agreed to work together to strengthen deterrence. Biden reaffirmed the U.S. commitment to defend South Korea and Japan with a full range of capabilities, including nuclear weapons.

Choe didn’t describe what steps North Korea could take but said that “the U.S. will be well aware that it is gambling, for which it will certainly regret.”

North Korea sees the US military presence in the region as proof of American hostility. It has said its recent series of weapons launches were a response to what it called provocative military drills between the United States and South Korea.

There have been concerns that North Korea might conduct its first nuclear test in five years as its next major step in strengthening its military capability against the United States and its allies.

North Korea has been under multiple rounds of United Nations sanctions over its previous nuclear and missile tests. But no new sanctions have been applied this year as it has conducted dozens of ballistic missile launches, which are banned by U.N. Security Council resolutions.