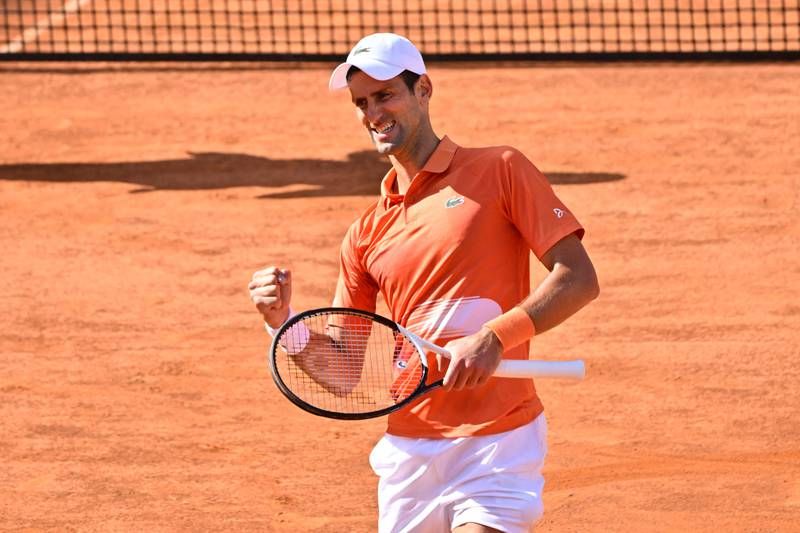 Novak Djokovic enjoyed a comfortable start to his bid to retain the No 1 world ranking with a straight-sets win over Aslan Karatsev in the Italian Open on Tuesday.

The Serbian top seed must reach the semi-finals in Rome to prevent Daniil Medvedev from taking over at the top of the ATP rankings and Djokovic coasted into the third round with a 6-3, 6-2 victory. 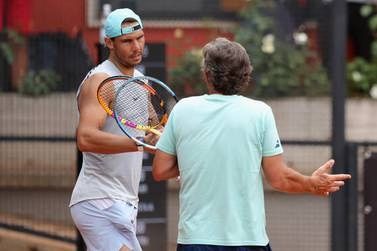 Top seed Djokovic, who reached the semi-finals in Madrid last week where he lost to eventual winner Carlos Alcarez, broke world No 35 Karatsev’s serve four times on his way to a comfortable win on centre court.

The 20-time Grand Slam winner will now take on countryman Laslo Djere or former World No 3 Stan Wawrinka in the next round.

Djokovic has never lost before the quarter-finals at the tournament and is now just three victories shy of joining the 1,000 match-wins club.

“He probably has the biggest calf we have in tennis. Very strong guy, just solid from the baseline,” Djokovic said of the 35th-ranked Karatsev.

“You never know with him. If he’s feeling the ball, he can be very dangerous because he stays so close to the line, puts pressure on his opponents.”

Karatsev committed 36 unforced errors during the match and Djokovic made sure to capitalise on those mistakes.

“He was missing a lot of points today though, gave me a couple of breaks there in the first and second,” Djokovic added.

“I’ll take this win for sure. It’s a straight-sets win against a quality opponent and I’m looking forward to the next challenge.”

Grigor Dimitrov and Stefanos Tsitsipas will square off for the second time in seven days after the Bulgarian moved past American qualifier Brandon Nakashima 6-3, 6-4 in first round action on Tuesday.

It was Dimitrov’s 10th Masters 1000 match-win of the season and he’ll be searching for just a second victory over Tsitsipas in their sixth career meeting against one another.

In the women’s tournament, Madrid finalist Jessica Pegula enjoyed a winning start to her campaign, squeezing past world No 25 Liudmila Samsonova 4-6, 6-3, 6-4 to advance to the second round.