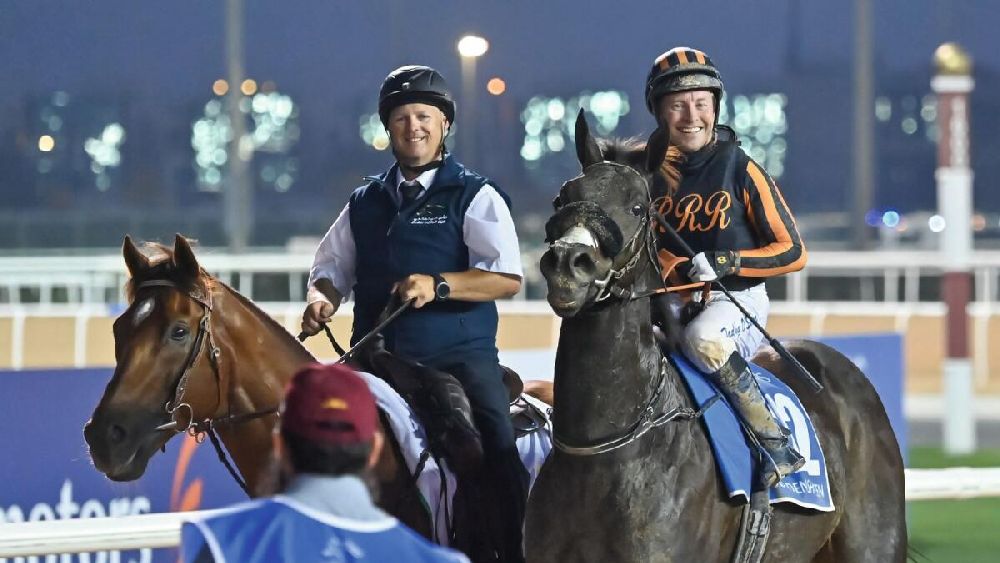 Al Ain Racecourse will on Friday have the honour of hosting the final race meeting of the 2021-2022 UAE racing season, a season that has surpassed all expectations and delivered on all fronts.

Launched in 2008, Al Ain is the newest of the UAE’s five flat-racing venues and one that has catered for the most part to the thriving Purebred Arabian horse population.

Friday’s meeting is no different with the highlight being the Al Ain Cup, a 2,000-metre Prestige event that acts as the traditional finale.

Tadhg O’Shea, who has been assured of a record 10th UAE Champion jockey title, will once again be the one to watch.

Having secured a career-first and much-desired Group 1 victory aboard Switzerland in the $2 million Dubai Sheema Classic on Dubai World Cup night, the Irishman will hope to end his magical season on a high note.

O’Shea has been one of the hardest-working riders on the UAE circuit a fact that is illustrated by his full book of seven rides on Friday, where the pick is Asif in the feature, for trainer Ibrahim Al Hadhrami.

Asif goes well at Ain Ain and O’Shea will be hoping that the Omani-bred five-year-old can replicate his winning performance of his last but one star.

However, the horse that attracts most is RB Frynch Dude, the highest-rated of the 12 runners, with a rating of 114.

Trained at the National Stables by Helal Alalawi, the six-year-old was last victorious in late January 2021 when landing the second leg of the Al Maktoum Challenge (G1) on the dirt at Meydan.

The American-bred son of Saudi Arabian stallion Baseq Al Khalediah has been campaigned ambitiously at the highest level and makes a serious drop in class to contest the Al Ain Cup.

However, he has only won once since that success which was at Al Ain last November. He is trained Abdallah Al Hammadi, who has enjoyed a super season saddling 26 winners.

The Al Ajban Stables-based handler is also represented by Oxford, runner-up behind Asif on his penultimate start. He has since finished third in the Group 3 Al Ain Mile, won by AF Sanad, who also reopposes for owner/ trainer Khalifa Al Neyadi. Other leading contenders are Nadelshiba, a two-time course and distance winner at Al Ain course, and Elise Jeanne’s MH Rahal, winner of two starts at Al Ain and Sharjah, where he landed the Emirates Breeders’ Trophy.

AF Sanad benefits from the incentive for the horses foaled in the UAE as he will receive weight from most of his rivals. Friday’s card also features a pair of races in the Wathba Stallions Cup series for horses privately owned. Racing starts at 7 pm.