The unprecedented levels of rainfall seen across the UAE this month have made it the wettest July in 30 years.

Flash floods in the Northern Emirates have seen some 870 people rescued and more than 3,800 residents provided with temporary shelter on the east coast of the UAE.

On Wednesday and Thursday, the UAE military were drafted in to assist rescue teams in getting residents out of the worst affected areas, ensuring there were no casualties. UAE ambulance teams were also dispatched to help.

The torrential rain in Fujairah and Khorfakkan this week has seen homes flooded, streets submerged and cars swept away. Images shared by Fujairah Media Office showed the dramatic result of the flash floods, which have also seen dams overflowing. 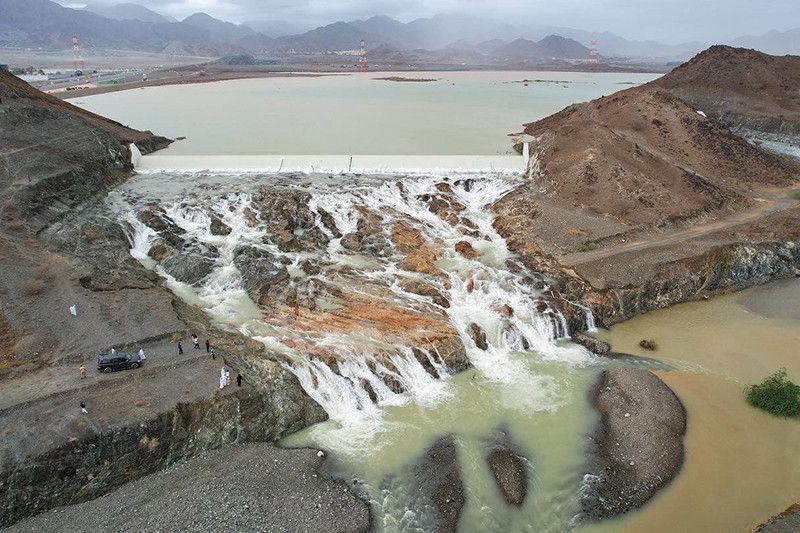 The National Emergency Crisis and Disaster Management Authority (NCEMA) shared a series of Tweets last night reassuring residents that relevant specialist teams are working around the clock to protect and aid those affected. The Tweets added that police, rescue and ambulance teams are continuously ‘exerting all efforts to secure and protect people and properties.’

#NCM: There was an expansion of an upper and lower pressure system coming from northern India through southern Pakistan towards the country. It coincided with the movement of the orbital convergence line towards the north of the Arabian Gulf.

According to the National Center of Meteorology (NCM), the extreme floods have contributed to this month being the wettest July in 30 years. The official weather outlet has attributed the heavy rain to an expansion of an upper and lower pressure coming from northern India through southern Pakistan towards the country, which coincided with the “movement of the orbital convergence line towards the north of the Arabian Gulf.”