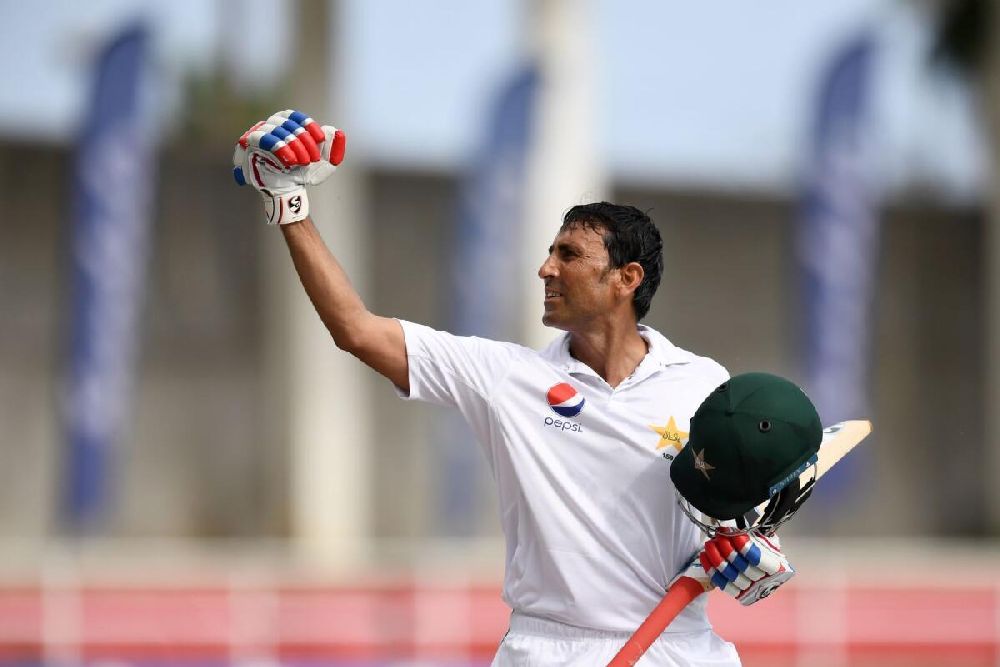 Pakistan batting legend Younis Khan has been inducted into the PCB Hall of Fame, a statement from the country’s cricket board said on Sunday.

“The PCB Hall of Fame is designed to acknowledge, recognise and cherish the sacrifices, contributions and achievements of the role models in our sport and it is befitting that in our diamond jubilee celebrations, we induct two stalwarts from two completely different generations and eras of our proud cricket history,” PCB Chairman Ramiz Raja said.

“AH Kardar gave us a cricket dream, vision and mission in our formation years, and Younis Khan was one of the players who gave his absolute best in fulfilling those expectations through exemplary hard work, deep commitment and untiring performances against all opposition and across all formats.

“The two gentlemen will always remain shining stars of Pakistan cricket and idols for the future generations.”

Shahid Kardar, AH Kardar’s son, said the family is touched by the recognition from the PCB.

“This is a richly deserved tribute to a natural skipper whose inspirational leadership, imprint of character, tactical brilliance and sheer grit put Pakistan on the world cricket map by evolving a bunch of club level cricketers into a team that achieved laurels beyond its perceived potential. He lit the flame that set the country ablaze, converting just another pastime sport into a rage,” Shahid said.

“The Kardar family is profoundly touched and gratified at the recognition of the contributions of their patriarch with his inclusion in the Hall of Fame by the Pakistan Cricket Board.”

Meanwhile, Younis, Pakistan’s all-time leading run-scorer in Test cricket, said he was humbled by the recognition from the PCB.

“I feel honoured and humbled to have been inducted into the PCB Hall of Fame by the Pakistan Cricket Board. There are many notable names amongst the list inducted prior to me, whose performances have been outstanding. I, thus, feel it a matter of immense pride and honour for my name to be amongst those legends, having given my all to make my country proud,” he said.

“Success is something that should not be attributed to just an individual, for there are many stakeholders who have helped me in my journey, and to whom I am indebted: my family, team-mates, captains and support staff, and all those who provided me with the opportunity to serve my country and team with respect and dignity. Collectively, everybody along my journey shaped me and instilled within me the tenacity and drive.

“Highs and lows are all part and parcel of a typical career, whether in cricket or otherwise. I feel blessed to have played for my country, Pakistan. With God’s will, I achieved what most can only dream across the span of my professional playing career.

“My only regret remains being unable to play the second half of my international cricket in front of home fans, though despite this my supporters continued to follow and support me whenever and wherever I represented Pakistan. My fans have remained a huge source of motivation and inspiration throughout my career, and for this I will always be grateful.”