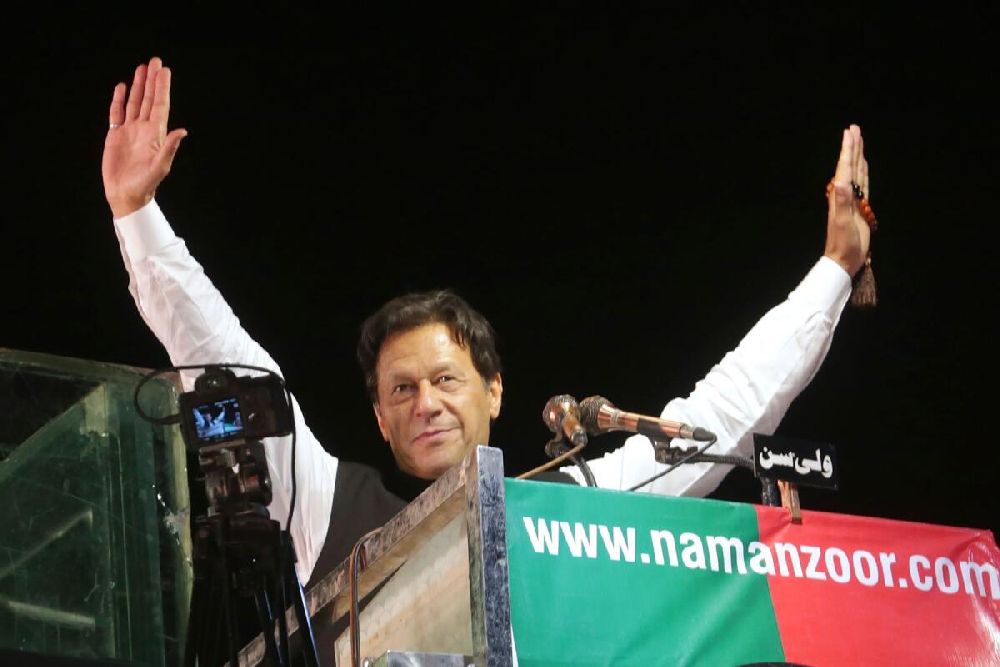 Pakistan’s former prime minister Imran Khan on Monday reiterated his demand for early elections, claiming that results of Sunday’s by-elections clearly showed that the people of Pakistan rejected the government.

Speaking a press conference in Islamabad, a day after his party stunned its rivals and won a majority of seats in by-polls, the former premier stopped short of announcing the date for the proposed mega rally to the federal capital, as he gave the Shehbaz Sharif-led government some more time to announce snap polls and the dissolution of the National Assembly.

Khan, the chairman of the Pakistan Tehreek-e-Insaf (PTI), who made calls for the ‘Haqeeqi Azadi March’ (real freedom march) earlier this month, made this assertion while addressing a press conference here after his party swept the crucial by-elections held on Sunday.

“I am giving them time…and will announce a long march any time, which will definitely be held in October. This protest will be very different and nobody will be able to control the masses once they are on roads,” Khan, who is also the chairman of the Pakistan Tehreek-e-Insaf (PTI) said. Earlier this month the former cricketer gave a call for the ‘Haqeeqi Azadi March’ (real freedom march).

Khan’s party won six out of eight National Assembly seats and two out of three provincial assembly seats in Punjab province, in another jolt to the Sharif government.

Eight seats of the National Assembly (NA) and three of the Punjab provincial assembly fell vacant after the PTI lawmakers resigned following the toppling of Khan’s government in April.

The 70-year-old cricketer-turned-politician was defeated on a seat in Karachi by a candidate of the Pakistan Peoples Party (PPP), which managed to clinch two National Assembly seats — Multan and Karachi — which were bagged by the PTI in the 2018 general election.

This will be Khan’s second major rally, after the first one, known as the “Azadi Rally,” which he had called on May 25, was abruptly called off at the last minute after his party workers arrived at the federal capital.

While exuding satisfaction over the results of the by-elections, the former premier alleged rigging in Karachi’s constituency and demanded the Election Commission of Pakistan (ECP) to hold re-election.

Khan accused his political rival and PML-N supremo Nawaz Sharif of attempting to delay elections, saying “he (Sharif) is afraid to go to polls because of the PTI’s constantly growing popularity”.