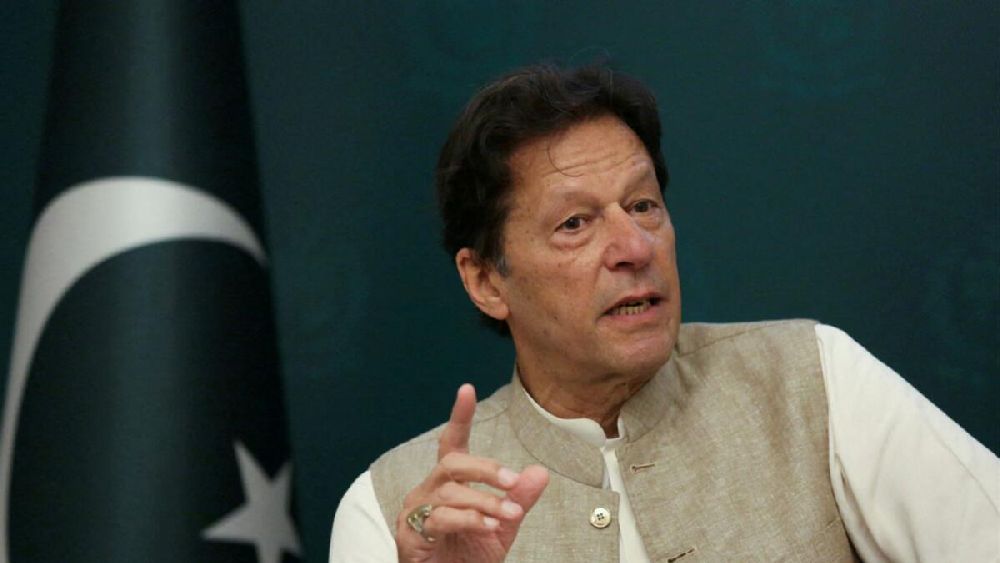 Pakistan Prime Minister Imran Khan said he wouldn’t resign, rejecting opposition calls to step down ahead of a no-confidence move against him in his toughest challenge since coming to power in 2018.

Pakistan’s parliament will convene on Friday to start proceedings into the no-confidence motion, which could take seven days to actually go for voting to decide whether Khan will be removed.

The no-confidence move has risked constitutional, administrative and economic crises amid a pending International Monetary Fund review to issue next tranche of a $6 billion rescue package, which was scheduled this week but has yet to happen.

Opposition parties filed the motion earlier this month, saying Khan has lost his parliamentary majority after some 20 of his party lawmakers defected, calling on the prime minister to step down.Read full story

“I will not resign come what may,” Khan said in a statement from his office issued late Wednesday night. Khan said he would not surrender without a fight and questioned why he should quit under pressure from “crooks”.

Along with the defection of nearly 20 of his party lawmakers, some of his coalition partners have also suggested they may join the opposition.

Some political analysts and opposition lawmakers say Khan has fallen out with Pakistan’s powerful military, which was seen as instrumental in the success of the former cricket star’s upstart party four years ago.

Khan denies the military helped him into office. The military says it does not interfere in politics.

The opposition accuses Khan of mismanaging the economy and foreign policy. He denies this. No Pakistani prime minister has ever completed his full five year term in office.

The loss of dissident lawmakers has left Khan short of the minimum – 172 – needed for a simple majority in the parliament.

The joint opposition commands 163 seats in the lower house, but could build a majority if most of the defectors effectively join its ranks via a no-confidence vote.

Khan has filed a court petition seeking a lifetime ban on the defectors, and appealed them to return to the ruling party. He has also called on the public to show support for his premiership by holding a “million-man” rally in Islamabad on Sunday.