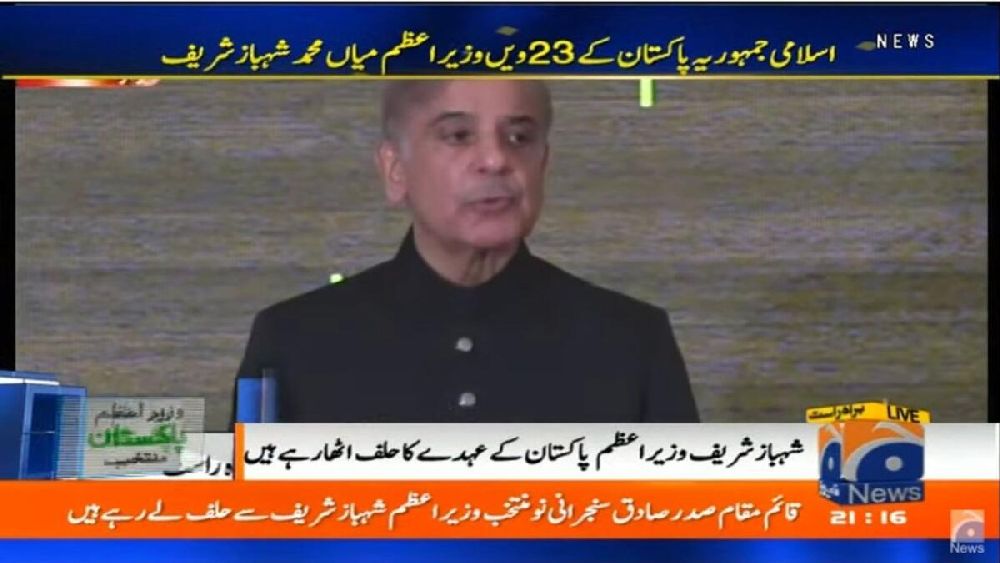 Pakistan’s Shehbaz Sharif was sworn in as the country’s prime minister on Monday at the President House, officially taking over from ousted premier Imran Khan.

The oath was administered by the chairman of Pakistan’s Senate, Sadiq Sanjrani, in the absence of President Arif Alvi, a member of Khan’s party, who said he was unwell.

Sharif was elected as the 23rd prime minister of Pakistan with 174 votes after the National Assembly ousted Khan in a no-confidence vote.

In his speech after winning a parliamentary vote to elect a new prime minister, Sharif said the country was on the way to posting the largest budget deficit in its history as well as historical trade and current account deficits. He also said the outgoing government of Khan had mismanaged the economy, and his new government was faced with a huge challenge to bring it back on track.

The newly-elected prime minister said the value of the rupee had “jumped Rs8 high” against the US dollar, according to local media reports. “It went back to Rs182 from Rs190. The dollar value slumped by Rs8. This tells the entire nation to trust this government,” he was quoted as saying by Samaa TV.

Sharif also made several announcements, including raising monthly wages for government employees to Rs25,000 and providing cheap flour to the people.

(With inputs from Reuters)