Philippines: Why this helicopter photo of Vice-President Sara Duterte angered many Filipinos 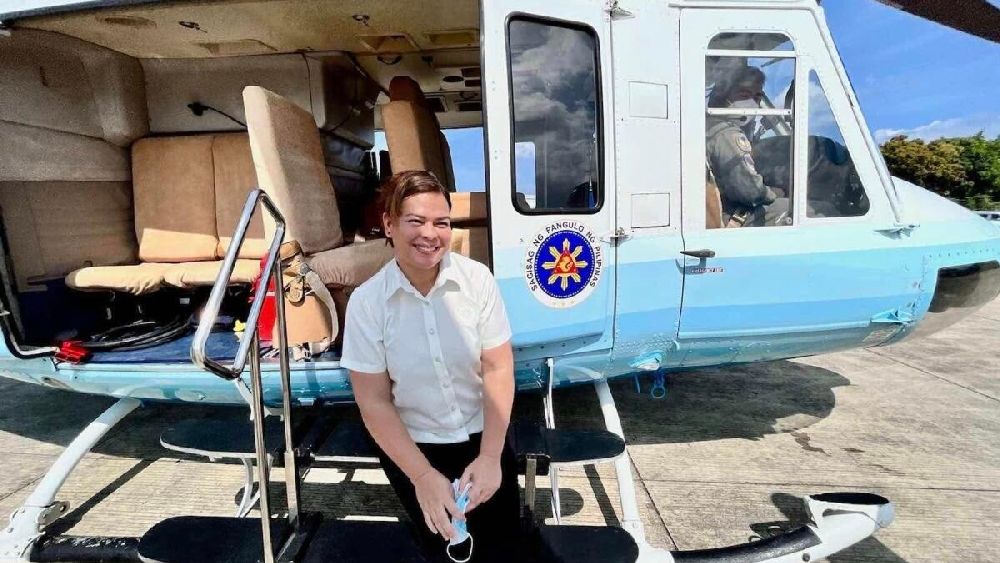 Little did she know that the picture would spark an angry debate among Filipino Netizens.

In a Facebook post she shared on Tuesday, Duterte-Carpio thanked the Philippine president and the Presidential Airlift Wing (PAW) for “ensuring that wherever I may be found in the country during the day, I am home in time to tuck my children to bed.”

It was a touching message — until some started wondering: Is the government using taxpayer money to make sure Duterte-Carpio could fly home “every night” in a helicopter?

The vice-president hails from Davao City, which is a two-hour flight away from the Philippine capital Manila.

A Netizen named Mercy Oliveros said: “Every night?!! How much could the fuel cost be daily? In a year? At a time when fuel is at its highest?”

Another one named Relie Reyes added in a comment thread: “The fund for fuel could be used for a much worthy cause…why not bring your family to Manila and refrain from wasting hard-earned taxpayers money!”

Ra Chelli said: “We know we’re not entitled to ride a chopper but improved traffic management and public transportation would mean a lot.”

How much does it cost to operate the helicopter?

The 250th Presidential Airlift Wing — which operates aeroplanes and helicopters — is a flying unit of the Philippine Air Force, which is tasked to transport the president, his Cabinet members and staff.

One critic of the government took the time to find out how much would it cost to operate the helicopter, and said it could burn thousands of dollars in an hour.

Here’s the tweet in Filipino, which can be translated as: “This is Bell 412. The same chopper that the president is lending Sara to take her wherever her kids so she can tuck them to bed. Average operating cost: US$2,193 per hour or 125,000 pesos per hour. Right, the Philippines is rich. But it doesn’t benefit its people.”

Responding to the backlash, the spokesperson of the Duterte-Carpio on Wednesday said the vice-president is not using the chopper every night to fly home, stressing that her family is now based in Manila, according to local media reports.

“They use land vehicles every day. She only uses the chopper for official work and functions depending on the location and urgency,” the spokesperson Reynold Munsayac was quoted as saying.

Other Netizens also expressed their support.

John Reggan said: “It’s their privilege to use it. Whether or not she is using, regardless.”

Art Gina Paragas added: “Supporting PBBM’s present leadership is supporting the presidency of VPSARA in 2028. Let us support both of them to ensure our country’s progress.”