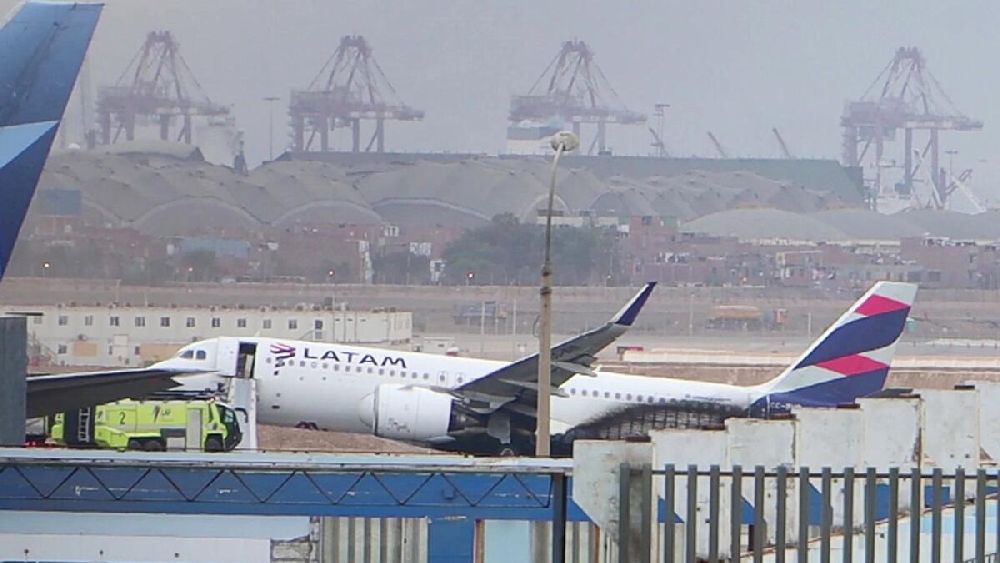 A LATAM Airlines plane taking off from Lima’s international airport struck a firetruck on the runway and caught fire on Friday. Authorities said the plane’s passengers and crew were all safe, but two firefighters in the truck were killed.

Lima Airport Partners, the company that operates the Jorge Chávez airport, said in a tweet that operations at the facility had been suspended. There were 102 passengers and six crew members aboard the Airbus A320neo.

“Our teams are providing the necessary care to all passengers, who are in good condition,” the company said.

Luis Ponce La Jara, general commander of the fire department, said two firefighters were killed and one was injured when the truck they were in was struck by the plane. Both the plane and the firetruck were in motion when they collided.

President Pedro Castillo expressed his condolences to the families of the firefighters in a tweet.

Flight LA2213 was taking off from Lima’s main airport en route the Peruvian city of Juliaca.

Videos on social media showed smoke coming from a large plane on the runway.

LATAM Airlines said it lamented the death of the firefighters and would provide flexibility to affected passengers at no extra cost. But it said it did not know why the firetruck was on the runway.

“No emergency was reported on the flight. It was a flight that was in optimal conditions to take off, it had authorisation to take off and it encountered a truck on the runway and we do not know what the truck was doing there,” said Manuel van Oordt, general manager of LATAM Airlines, Peru. “We have to investigate and establish why it was there.” The Prosecutor’s Office in Callao, where the airport is located, said an investigation into the cause of the accident had been opened.

According to the fire department, the incident was registered at 3:25 pm and four rescue units were mobilised.

Aviation authorities said operations at the Jorge Chávez International Airport were suspended until 1 pm local time on Saturday. Flights would be directed to other airports in the meantime.