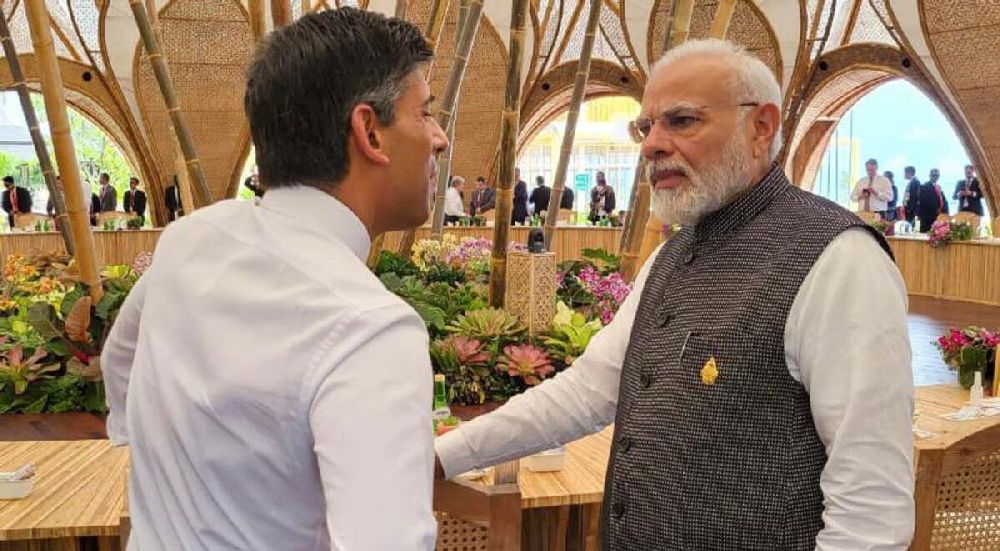 On Tuesday, Prime Minister Narendra Modi met his United Kingdom counterpart Rishi Sunak after assuming office for the first time on the sidelines of the 17th edition of the G20 Summit.

“Prime Ministers @narendramodi and @RishiSunak in conversation during the first day of the @g20org Summit in Bali,” PM Modi’s Office said in a tweet.

This is the first face-to-face meeting that took place between both leaders. Earlier, in October, PM Modi and Sunak spoke on the phone and emphasized the importance of an early conclusion to “a balanced and comprehensive” Free Trade Agreement between the two countries.

He also met a number of his counterparts from other nations. 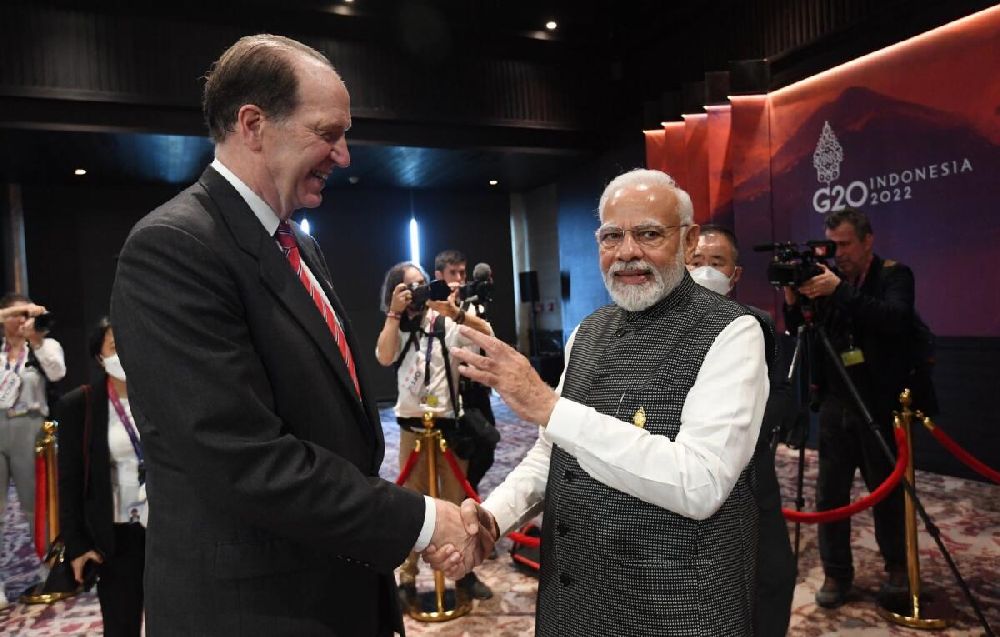 PM Modi arrived in Bali on Monday and met President of the Republic of Senegal Macky Sall, Netherland’s PM Mark Rutte and US President Joe Biden.

“Deliberations with an important developmental partner in Africa. PM @narendramodi interacted with President @Macky_Sall, the President of Senegal and Chairman of the African Union. @PR_Senegal,” the PMO wrote. 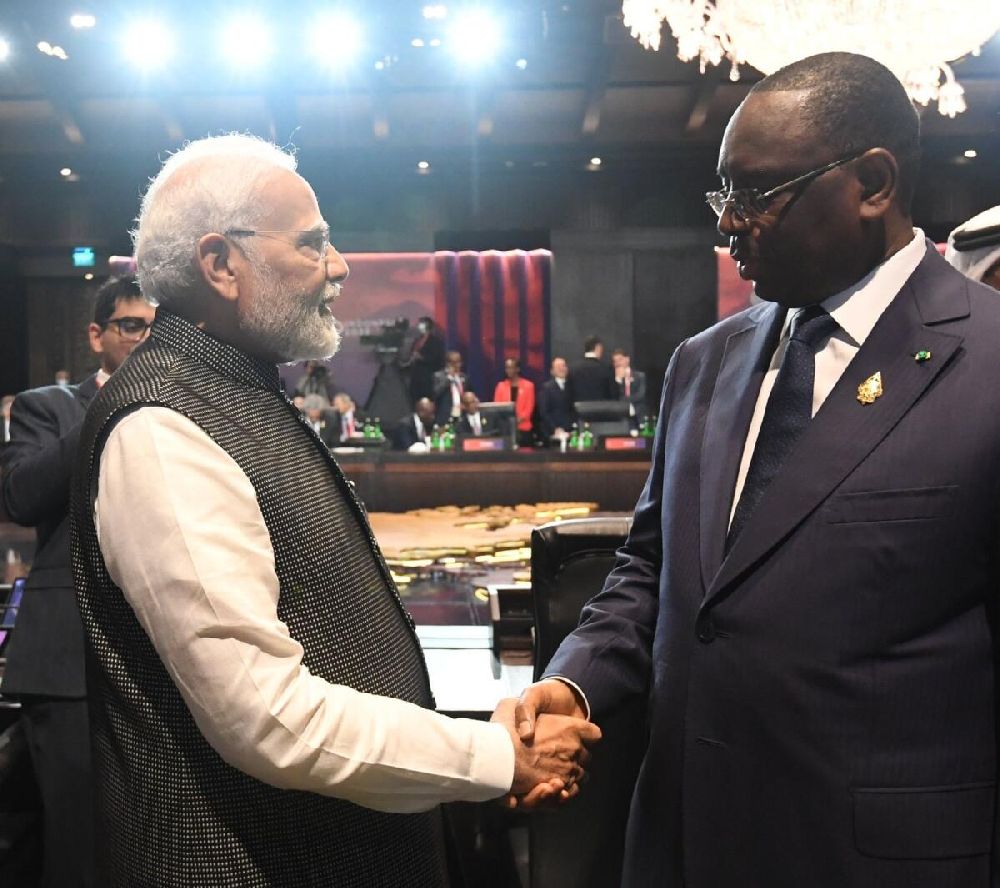 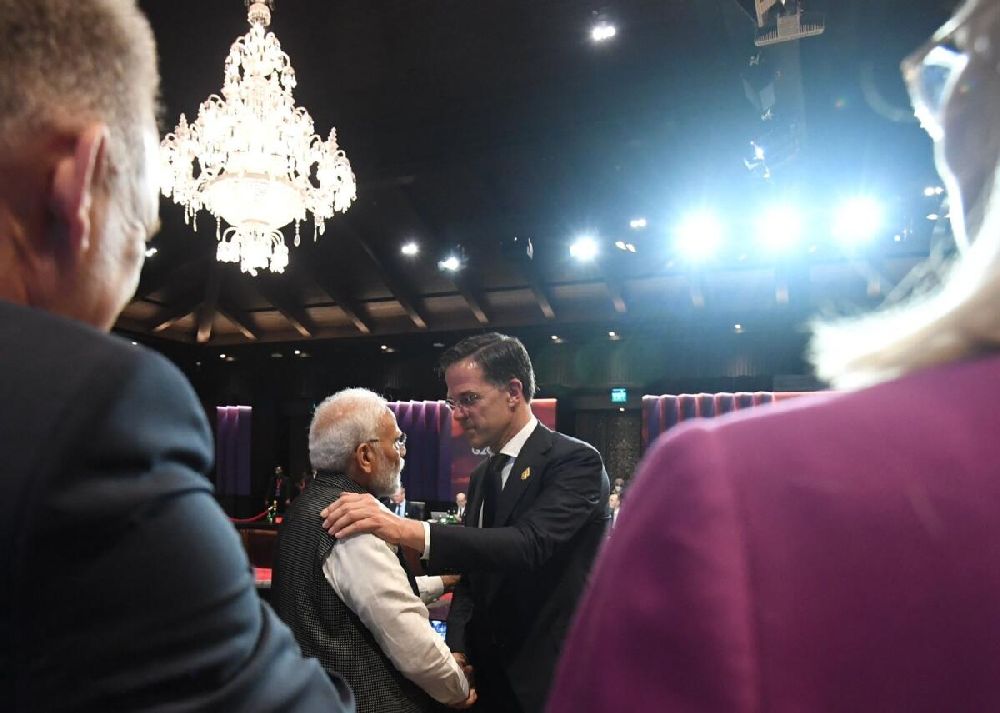 Earlier today, PM Modi addressed the G20 working session on Food and Energy Security and reiterated India’s long-standing position in favour of dialogue and diplomacy in Ukraine and said:

‘We have to find a way to return to the path of the ceasefire [in Kyiv].”

“Over the past century, the Second World War wreaked havoc in the world. After that, the leaders of that time made a serious effort to take the path of peace. Now it’s our turn. The onus of creating a new world order for the post-Covid period lies on our shoulders. The need of the hour is to show concrete and collective resolve to ensure peace, harmony and security in the world,” he added.

Referring to India as the “holy land of Buddha and Gandhi” PM Modi reiterated his confidence in the fact that the next G20 meeting would take place in better, peaceful circumstances.

He further explained how climate change, the Covid-19 pandemic, the developments in Ukraine, and the global problems associated with it had truly created havoc in the world.

“Global supply chains are in ruins. There is a crisis of essentials and essential goods all over the world. The challenge for the poor citizens of every country is more severe. Everyday life was already a struggle for them.”

“We should also not hesitate to acknowledge that multilateral institutions such as the UN have been unsuccessful on these issues. And we have all failed to make suitable reforms to them. Therefore, today the world has greater expectations from the G20, and the relevance of our group has become more significant,” explained Modi.

He also noted that all the G20 countries had to build mutual agreements, in order to maintain the supply chain of both manure and food grains.