Finlay Reeves, 9, treks to raise more than $4,500 for Football for Humanity 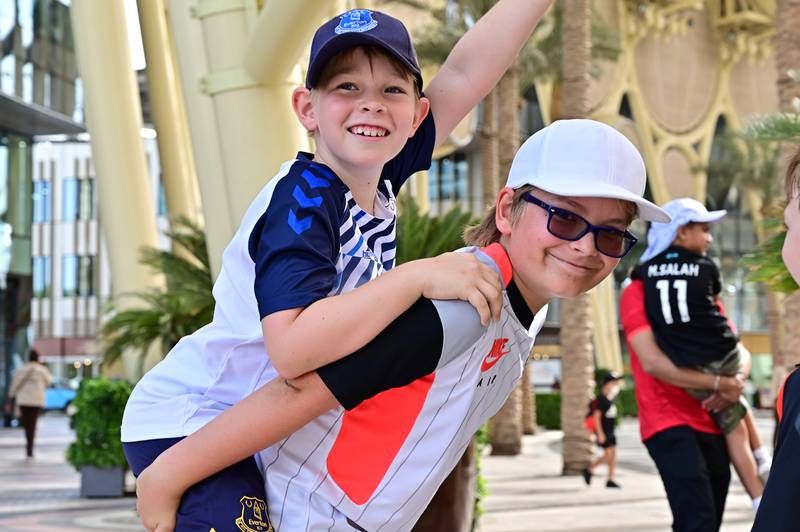 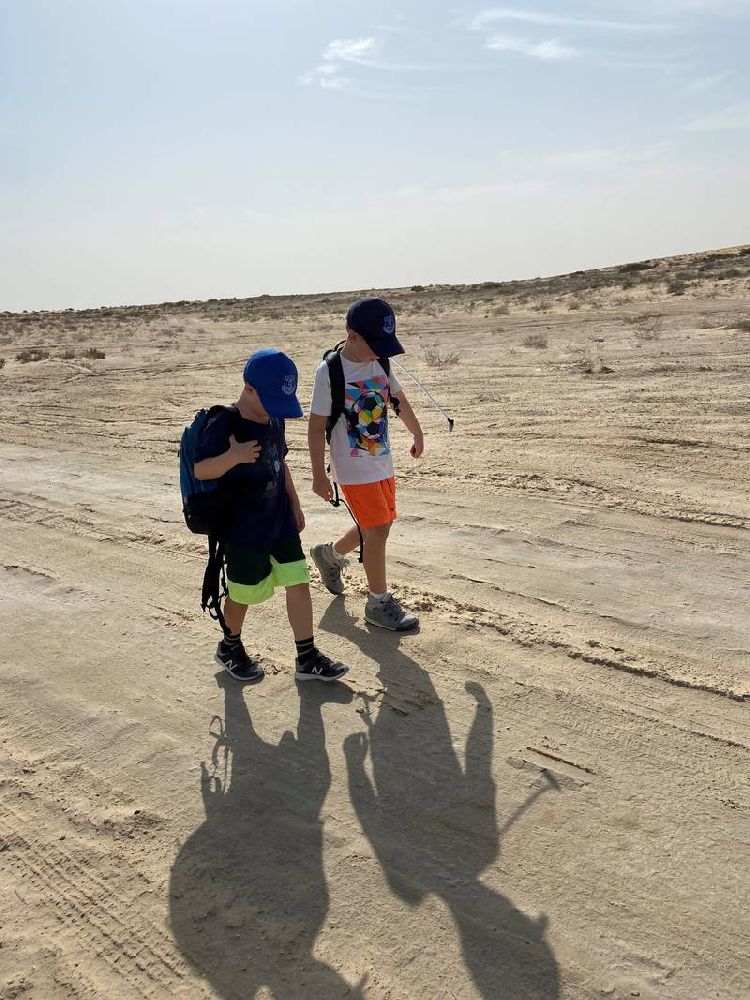 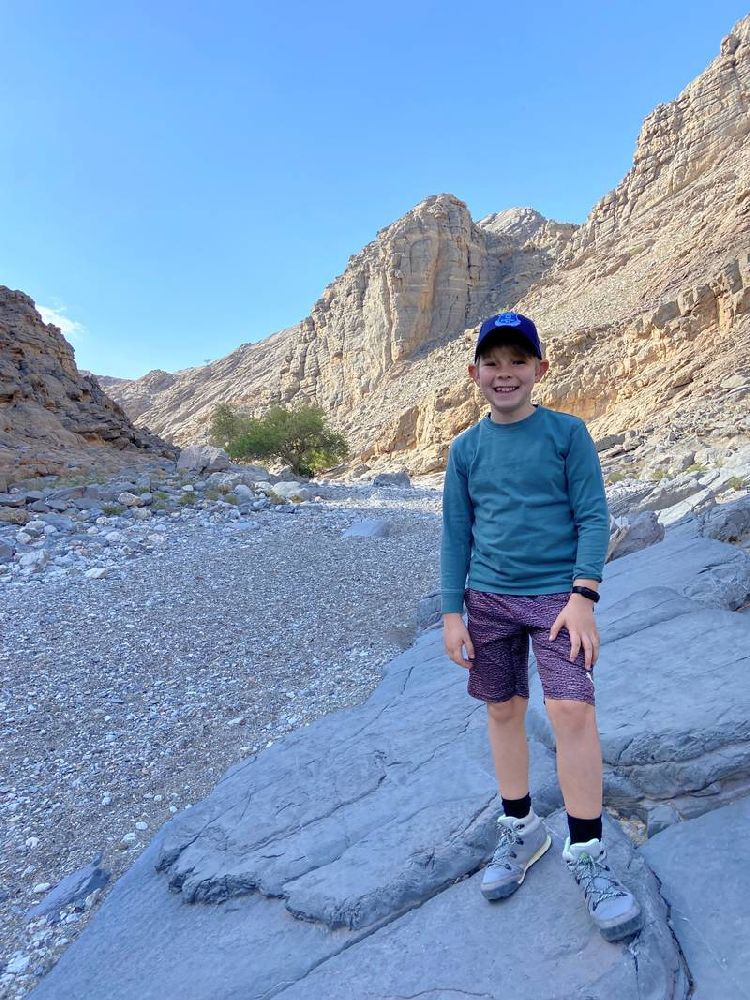 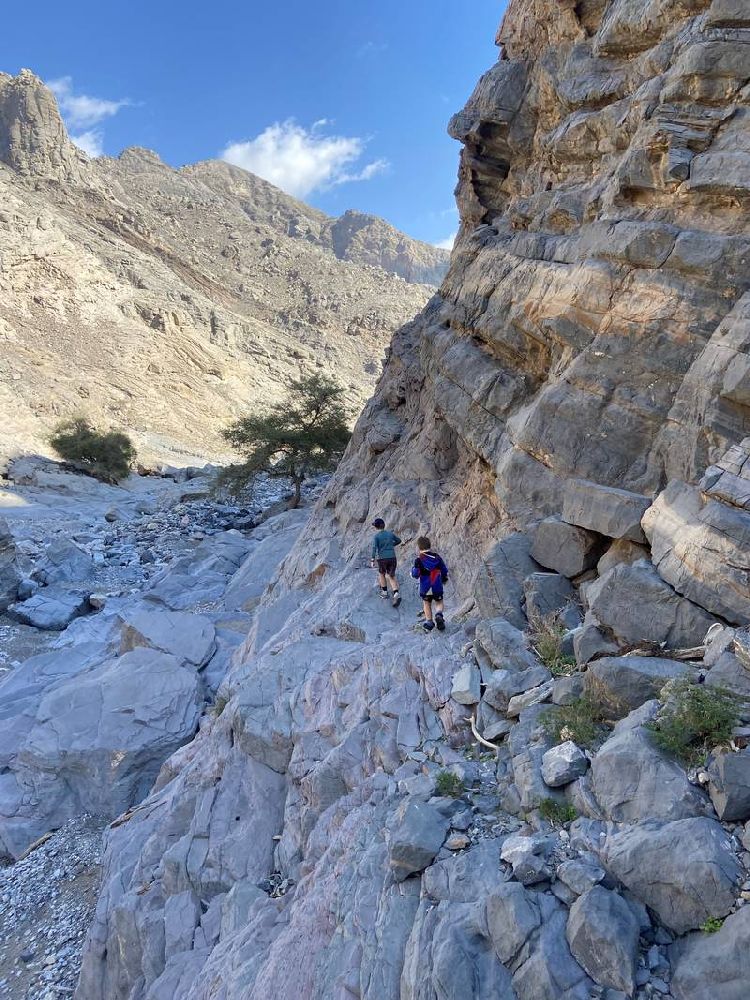 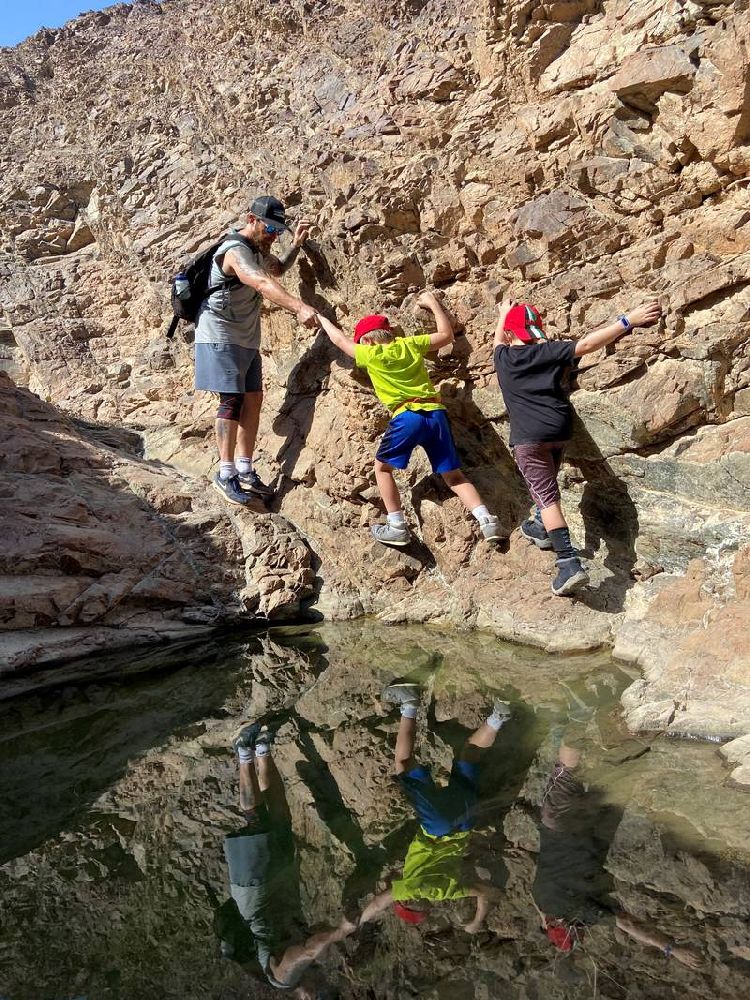 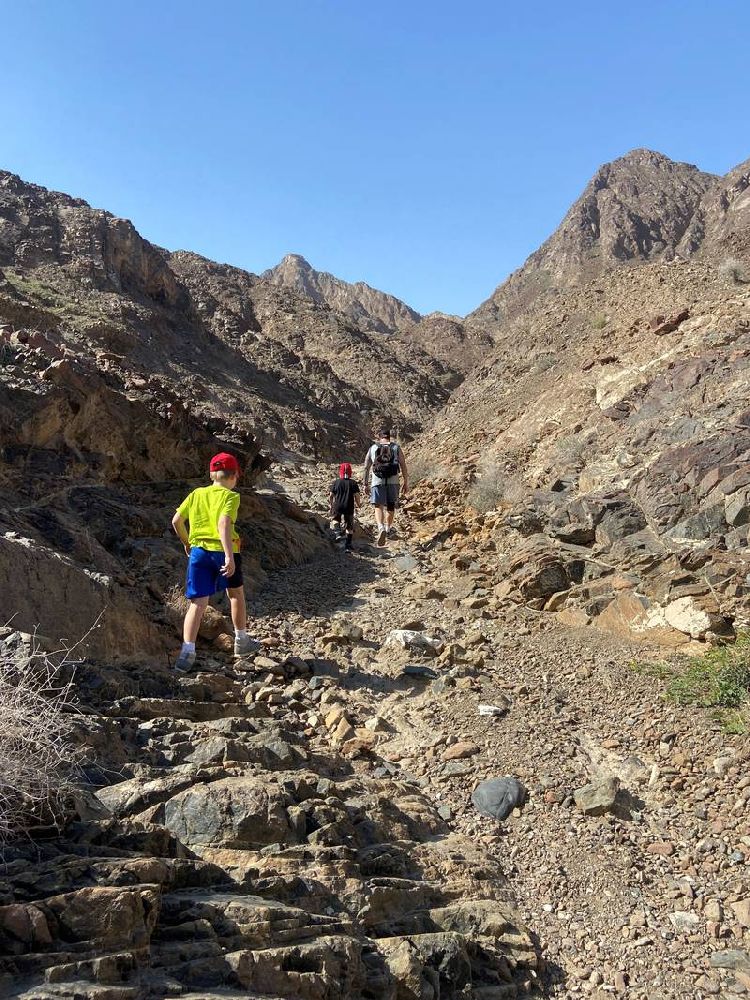 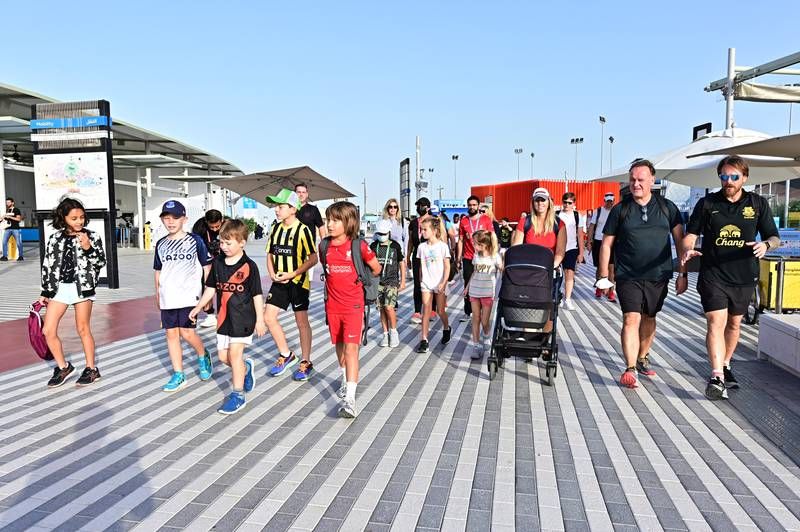 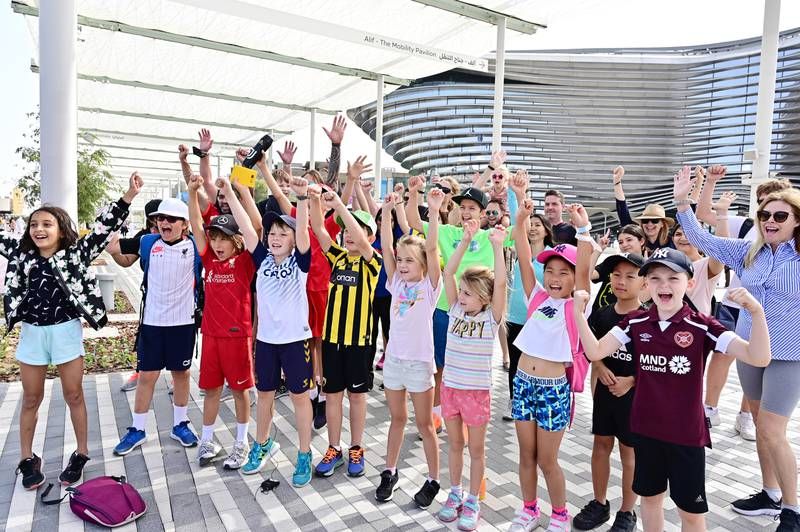 Finlay Reeves, 9, a British pupil at Brighton College Dubai, has walked 60 kilometres across the UAE for a good cause. Here, he is pictured with his younger brother, Frankie, 7. All photos: Abigail Reeves

A Dubai pupil has hiked, climbed and walked more than 60 kilometres across the UAE to help raise money for underprivileged children.

Finlay Reeves, 9, a British pupil at Brighton College Dubai, set himself a challenge to walk at least 7km in each emirate this year.

Accompanied by his mother Abigail, father Darren and younger brother Frankie, 7, Finlay hiked through wadis and on the edges of mangroves, used ropes to ascend mountains and walked through deserted villages in the UAE.

His challenge ended on March 27 when Expo 2020 Dubai hosted Finlay and his friends to complete a 7km ‘trek’ within the site grounds.

QuoteI find a lot of joy in playing football. That’s why I hiked for a charity that buys football equipment for peopleFinlay Reeves

Finlay set himself the challenge to raise money for Football for Humanity, a UK-based charity and was able to raise £3,500 ($4,556).

“I know I’m very lucky and I’m very grateful for that. I know lots of people who have less than me,” he said.

“I find a lot of joy in playing football. So, I thought why can’t other people have joy while playing football? That’s why I hiked for a charity that buys football equipment for people.”

The pupil said he woke up as early as 5am to start hiking.

“I like climbing and especially rock climbing,” he said.

“I started hiking when I was 5. I also hiked when I went to Bhutan.

“I think my favourite part about hiking in the UAE is that there’s always sunlight to keep you warm, and then there’s shade on the other side. Also, there is always nature and wildlife around you.” 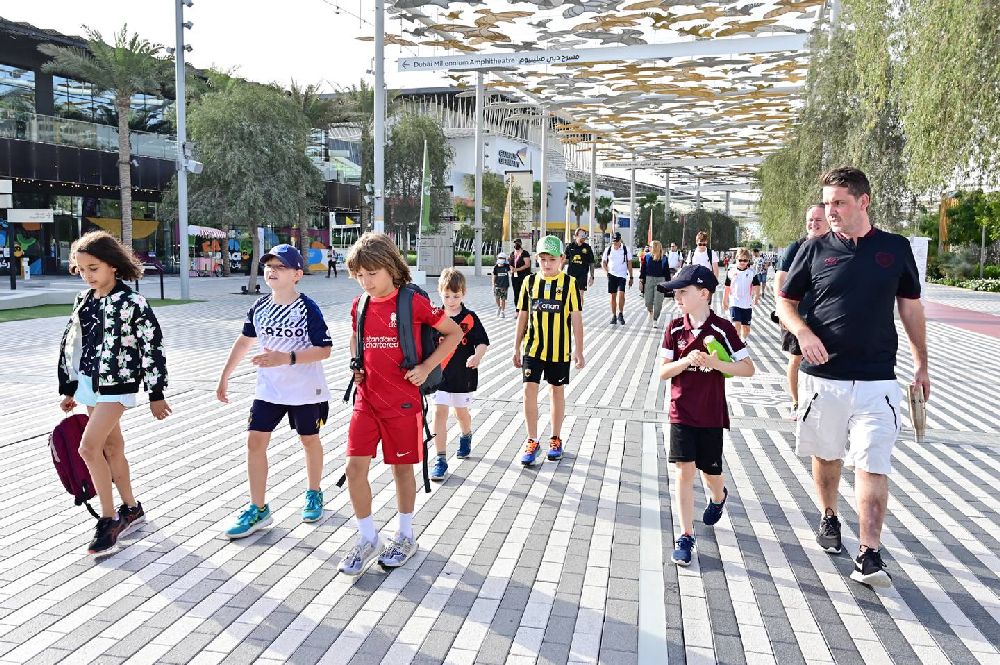 Finlay’s challenge ended on March 27 when Expo 2020 Dubai hosted him and his friends to complete a 7km trek within the site grounds. Photo: Abigail Reeves

Of all the emirates, Finlay’s favourite hike was in Ras Al Khaimah.

He hiked through Wadi Naqab and Wadi Koob and then made a steep ascent using ropes and climbed up to the deserted village at Al Sanat.

Finlay’s father said he and his wife had noticed that their son was a capable hiker early on.

“This was something that my wife and I enjoyed doing. So it’s a sort of family activity. Every winter season we try to get the children away from their computers and their devices and out into nature,” said Mr Reeves.

“We live in a very beautiful country. I think a lot of people just associate the UAE with Dubai and Abu Dhabi. There’s so much more to the country than the cities. Getting out of the city and getting out to nature is refreshing.”

Ms Reeves plans the family walks and they have spent time hiking in the UAE and Europe.

For their hike in Al Ain, the family drove down and camped the night before to get a head start.

“The children had a wonderful time cooking their sausages on sticks over the open fire, and enjoyed sticky marshmallows and s’mores,” she said.

READ MOREHundreds of Abu Dhabi pupils back in the classroom for first time in two yearsWhen is Eid Al Fitr 2022 in the UAE?Meet the group from Kerala serving 1,500 iftar meals in Sharjah every day

Ms Reeves said she was excited that Finlay could finish his mission at the Expo site.

“Expo has been a place of excitement, joy, entertainment and release for us all. It was the perfect antidote as we came through the pandemic, a place to be outside, to marvel, explore and escape,” she said.

“Dubai is where the children were born, where they are thriving, the place they call home. To be given the opportunity to enter the site and conclude his mission in his home emirate, in the midst of the greatest show on earth … was magical.

“To walk in the peace and quiet, marvelling at the most wonderful sights, surrounded by friends, was a day we will never forget. Walking under Wasl dome as the early morning sunlight streamed down on us was an opportunity we are so grateful for.”

Finlay’s trek across the country