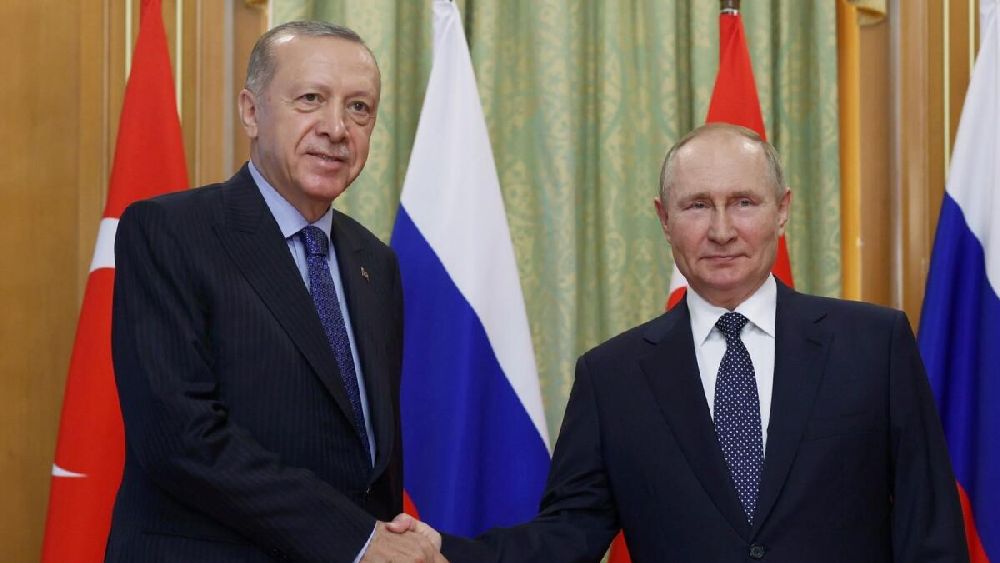 President Vladimir Putin and Turkish leader Recep Tayyip Erdogan on Friday adopted a statement pledging to boost political and economic cooperation including in energy and trade.

The talks between Putin and Erdogan came as Russia’s isolation grows following its intervention in Ukraine.

“Despite the current regional and global challenges, the leaders reaffirmed their common will to further develop Russian-Turkish relations,” the Kremlin said in a statement following the four-hour talks in the Black Sea resort city of Sochi.

Putin and Erdogan agreed to ramp up trade and boost economic and energy cooperation with a focus on transport, agriculture, tourism, and construction.

The statement said the two leaders agreed “to meet the expectations of the opposite side in the spheres of economy and energy”.

Putin and Erdogan also stressed the importance of “sincere, frank and trusting relationships” to achieve regional and global stability, the Kremlin said.

While Moscow’s military campaign in Ukraine was not explicitly mentioned in the statement, the leaders stressed the resumption of Ukrainian grain shipments, pointing to the two countries’ “constructive relations” that they stressed made the agreement possible.

The statement also made no direct mention of any new offensive that Turkey might be planning in Syria.

“The parties confirmed that they attach great importance to advancing the political process” in Syria, the statement said.

“The determination to act jointly and in close coordination with each other in the fight against all terrorist organisations was reaffirmed.”

At the start of the talks Putin also praised the TurkStream natural gas pipeline project, saying Europe should be grateful to Turkey for uninterrupted supplies of Russian gas.

“I believe that (today’s meeting) will open a whole different page in Turkish-Russian relations,” Erdogan said.

Putin and Erdogan last met for a three-way summit in Iran in July.

At the time Putin told Erdogan that Russia remained opposed to any new offensive that Turkey might be planning against Kurdish militants in northern Syria.