Putin says Ukraine mobilisation should be finished in two weeks 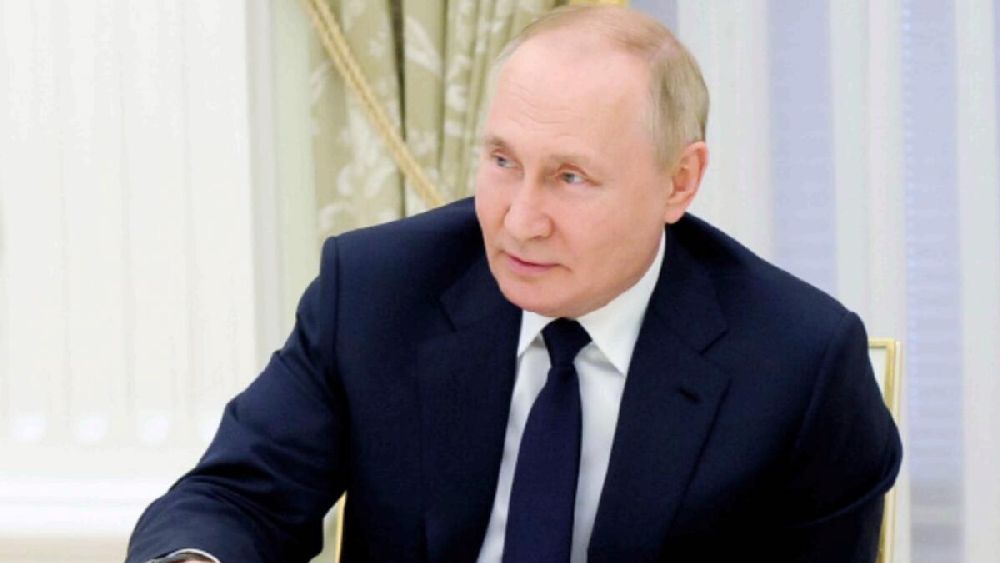 Russia should be finished calling up reservists in two weeks, President Vladimir Putin said on Friday, promising an end to a divisive mobilisation that has seen hundreds of thousands of men summoned to fight in Ukraine and huge numbers flee the country.

Putin also said Russia had no plans “for now” for more massive air strikes like those it carried out this week, in which it fired more than 100 long range missiles at targets across Ukraine.

Putin ordered the mobilisation three weeks ago, responding to Russian defeats on the battlefield with escalation. He has also proclaimed the annexation of four partially occupied Ukrainian provinces and threatened to use nuclear weapons.

The mobilisation has led in parts of Russia to the first signs of public criticism of the authorities since the war began. Officials have acknowledged some mistakes were made in determining who would be called up. Members of ethnic minorities and residents of rural areas have complained of being drafted at higher rates than ethnic Russians and city dwellers.

Defending the mobilisation order, Putin told a news conference at the end of a summit in Kazakhstan that the front line was too long to defend solely with contract soldiers.

He said 222,000 out of an expected 300,000 reservists had already been mobilised. “This work is coming to an end,” he said. “I think that in about two weeks all the mobilisation activities will be finished.”

Since the mobilisation order was given, Russian forces have continued to lose ground in eastern Ukraine and also lost a substantial area in the south. A Western official said that some of the newly mobilised Russian troops were already on the battlefield taking casualties, and that their presence was unlikely to turn the tide in the war in Moscow’s favour.

“It is clear that they have been fielded with very, very limited training and very, very poor equipment, and that is the reason why we say that it is really unlikely that they have any sort of positive impact in the near term,” the official said.

The official also suggested Russia did not have enough missiles to sustain attacks like those this week: “Russia is rapidly exhausting its supply of long-range precision munitions, in particular its air-launched cruise missiles, so this is not a campaign that it will be able to sustain indefinitely.”

Ukraine’s top general Valeriy Zaluzhnyi struck an upbeat tone, meanwhile, after his country’s rapid advances in the northeast and south in recent weeks.

“The strategic initiative is in our hands, so the main thing is not to stop,” Zaluzhnyi said after speaking by phone with the commander in chief of Europe’s combined NATO forces, US general Christopher Cavoli.

Ukraine’s General Staff said on Facebook late on Friday that Ukraine’s forces had destroyed large amounts of Russian arms and equipment in Antratsyt south of Luhansk, an area where Ukraine is hoping to recapture major towns after its successes in Kharkiv region.

It said Russian forces had launched more artillery and air strikes on towns including Konstantynivka southwest of Bakhmut, their main target in Donetsk region, and Zaporizhzhia city.

Reuters was not able to verify the battlefield reports.

Separately, Belarus President Alexander Lukashenko put his country on what he called a heightened state of terrorism alert on Friday, the latest gesture from Putin’s closest international ally hinting at growing pressure to join the war.

Lukashenko has allowed Russian forces to use Belarus as a staging ground but has so far kept his own troops out of the fighting. This week he announced Russian troops would be joining Belarus troops near the Ukrainian border.

Russia is trying to impose its rule over Ukrainian territories it claims to have annexed, even as its troops are being pushed back. A Russian-installed official said Europe’s largest nuclear power plant, which is located in Russian-held territory near the front line in southern Zaporizhzhia province, was now working according to Russian standards.

The plant was captured by Russian forces early in the conflict but Ukrainian engineers had continued to operate it. Pro-Russian officials have not spelled out the fate of those workers. Kyiv says some have been threatened with forced conscription into the Russian army unless they agree to work for Russia’s state nuclear agency.

The head of the International Atomic Energy Agency tweeted separately that Russia and Ukraine were moving closer to agreeing a protection zone for the plant, saying the situation there was “untenable”.