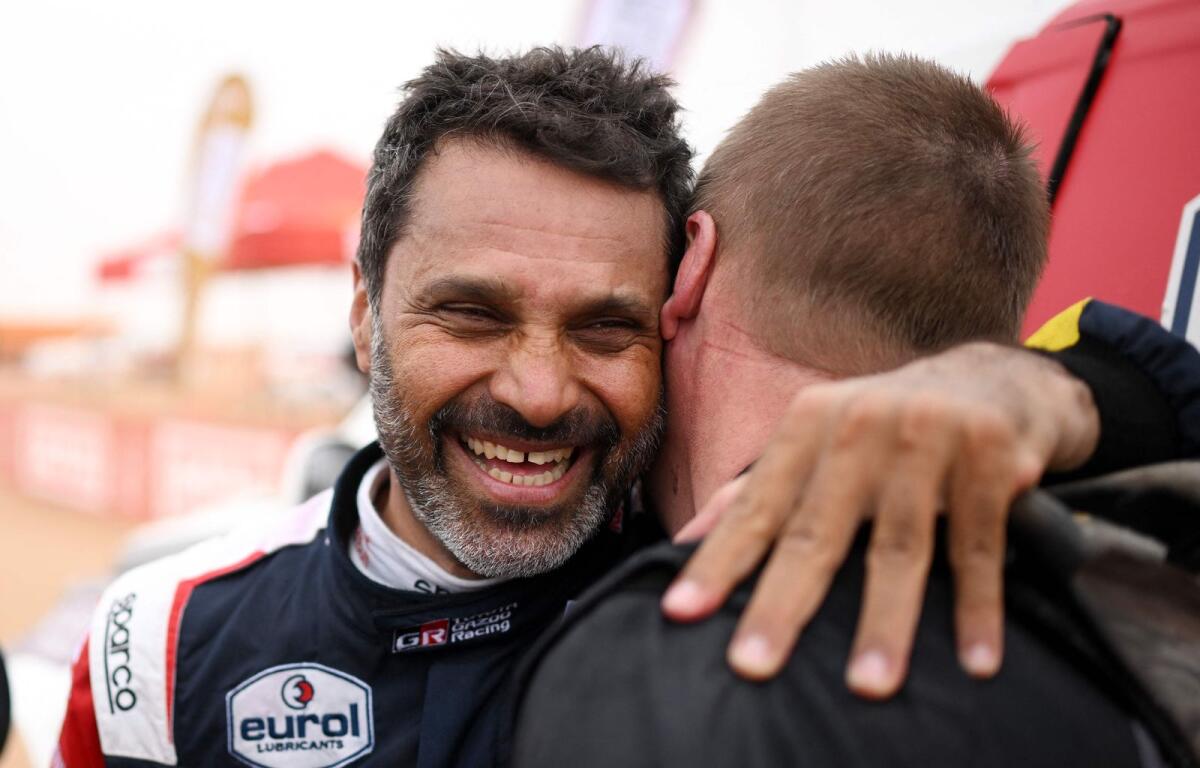 Toyota’s defending champion Nasser Al-Attiyah retained a comfortable lead of more than an hour after the Dakar Rally’s seventh stage in Saudi Arabia on Saturday on another tough day for rivals Audi.

The Qatari, who played it safe in the first part of a marathon stage, had earlier apologised for an outburst on social media during the week about a rule change he feared would favour Audi.

The German marque’s hopes of a first Dakar win for an electrically-powered car evaporated for another year on Friday when leading challengers Stephane Peterhansel and Carlos Sainz both crashed in the desert dunes.

Sainz started on Saturday, but in 68th place and with a penalty of 28 hours and 45 minutes for failing to complete the sixth stage, while Peterhansel withdrew after co-driver Edouard Boulanger ended up in hospital.

The seventh stage from Riyadh to Al Duwadimi, featuring a 333km special stage and 861km in all, was won by Saudi Arabia’s Yazeed Al Rajhi for Overdrive Racing — his third career stage win and first of 2023.