Rafael Nadal strolls into second round of French Open 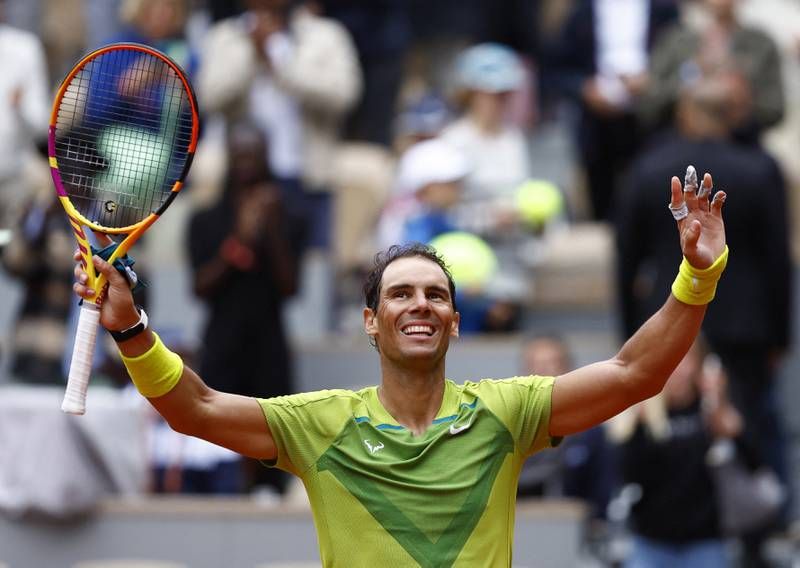 Rafael Nadal celebrates after his first-round win over Jordan Thompson at the French Open in Paris. Reuters

Rafael Nadal enjoyed an easy passage into the French Open second round with a straight-sets victory over Jordan Thompson at Roland Garros on Monday.

The 13-time champion outplayed his Australian opponent and secured a 6-2, 6-2, 6-2 win on Court Philippe Chatrier as Nadal looks to secure a 22nd Grand Slam. 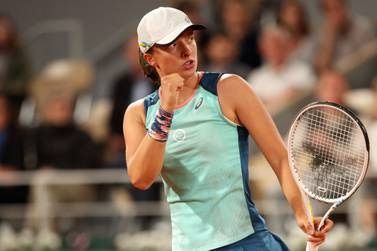 The 35-year-old Spaniard won his 21st title at the Australian Open in January but has only recently returned from a rib injury that has bothered him since March.

But fifth seed Nadal showed no sign of any problems against Thompson and his movement and all-around game appeared in fine working order in a two-hour, two-minute victory.

“It’s incredible for me to play here again on Chatrier. I’m happy with this win. First round is always special,” said Nadal.

He has also been dealing with chronic pain in his left foot. That kept him out of Wimbledon and the US Open last year and bothered him again during a loss on clay in Rome this month.

Wawrinka – the 2015 champion at Roland Garros – had played only four tour-level matches this season before the French Open, winning two and losing two. The 37-year-old missed most of last season after having surgery on his left foot.

English pair Cameron Norrie and Dan Evans are both through to the next round after straight-sets victories in Paris.

Evans finally won a match at Roland Garros at the fifth time of asking on his 32nd birthday. The British 29th seed, a first-round loser in each of his four previous main draw appearances, beat Argentina’s Francisco Cerundolo 7-6, 6-4, 6-4.