Rampant Haaland set to show Dortmund what they are missing 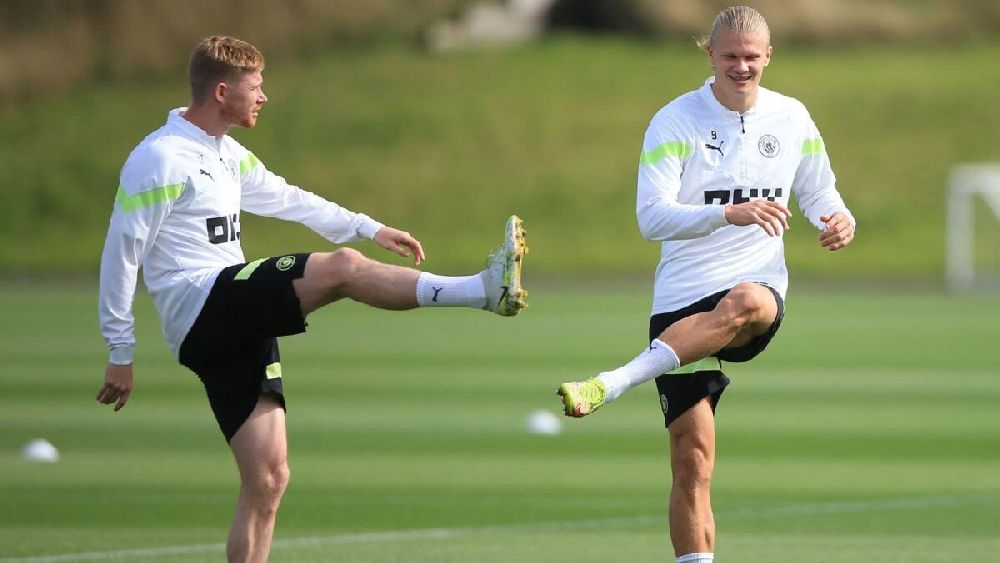 Borussia Dortmund know only too well of Erling Haaland’s ability to destroy defences in the Champions League, but the German giants may die by the sword they previously lived by when they visit Manchester City on Wednesday.

Haaland blossomed into one of the world’s most feared strikers during two-and-a-half years in Germany, scoring 86 goals in 89 games for Dortmund.

Eight games into his City career, the giant Norway striker with a devastating turn of speed has already scored 12 times for the English champions.

“His numbers in all his career, not just here but when he was in previous teams, is quite similar,” said City boss Pep Guardiola after Haaland struck twice in a 4-0 win at Sevilla to kick off City’s latest quest to break their Champions League duck.

“He has an incredible sense of goal.”

Haaland’s bargain 60 million euro (£51 million, $63 million) buyout clause meant he had his choice of clubs after he had outgrown his surroundings in the Bundesliga.

Dortmund may provide the perfect breeding ground for Europe’s top talents to develop in the early years of their career, but they cannot compete financially with the continent’s wealthiest clubs, nor satisfy the ambitions of the world’s best players in the long term.

Haaland followed in the footsteps of Jadon Sancho, Christian Pulisic, Ousmane Dembele, Pierre-Emerick Aubameyang, Robert Lewandowski and Mario Goetze as stars of the future to fly the nest after briefly leaving their mark in western Germany.

However, losing Haaland may prove the biggest loss of all with the 22-year-old threatening to rewrite records set by Cristiano Ronaldo and Lionel Messi that many believed would remain intact for generations.

Haaland’s double against Sevilla took his tally in the Champions League to 25 goals in 20 games.

At the same stage of their careers, Ronaldo, the competition’s all-time top goalscorer with 140, was yet to score, while Messi struck eight times in his first 20 matches in Europe’s elite club competition.

“I love the Champions League. I have to say this, it’s a big dream for me,” Haaland told Telemundo Deportes this week as he revealed the competition’s anthem is the ringtone on his phone.

“When I wake up every morning, I listen to this song. It’s my favourite competition.”

Haaland’s haul in the Champions League was also why City were so desperate to sign him as the successor to the club’s all-time top goalscorer Sergio Aguero.

Under Guardiola, City have won four Premier League titles in the past five years and six in total stretching back over the past decade.

Yet, the billions invested in the club from Abu Dhabi since 2008 have so far fallen short when it comes to winning the Champions League.

The past two seasons they have come agonisingly close, losing their first ever final to Chelsea in 2021 before blowing a two-goal lead in stoppage time of their semi-final against eventual winners Real Madrid in May.

Any doubts that the recruitment of a superstar could destabilise the collective effort that has characterised City’s success under Guardiola have been blown away within weeks.

“This fella is going to break virtually every goalscoring record there is,” tweeted former England striker Michael Owen.

“He’s too big, too quick, clinical in front of goal and he’s playing in a team that create dozens of chances.”

Dortmund know what is coming. Halting the momentum of the man mountain they used to call their own is another matter.