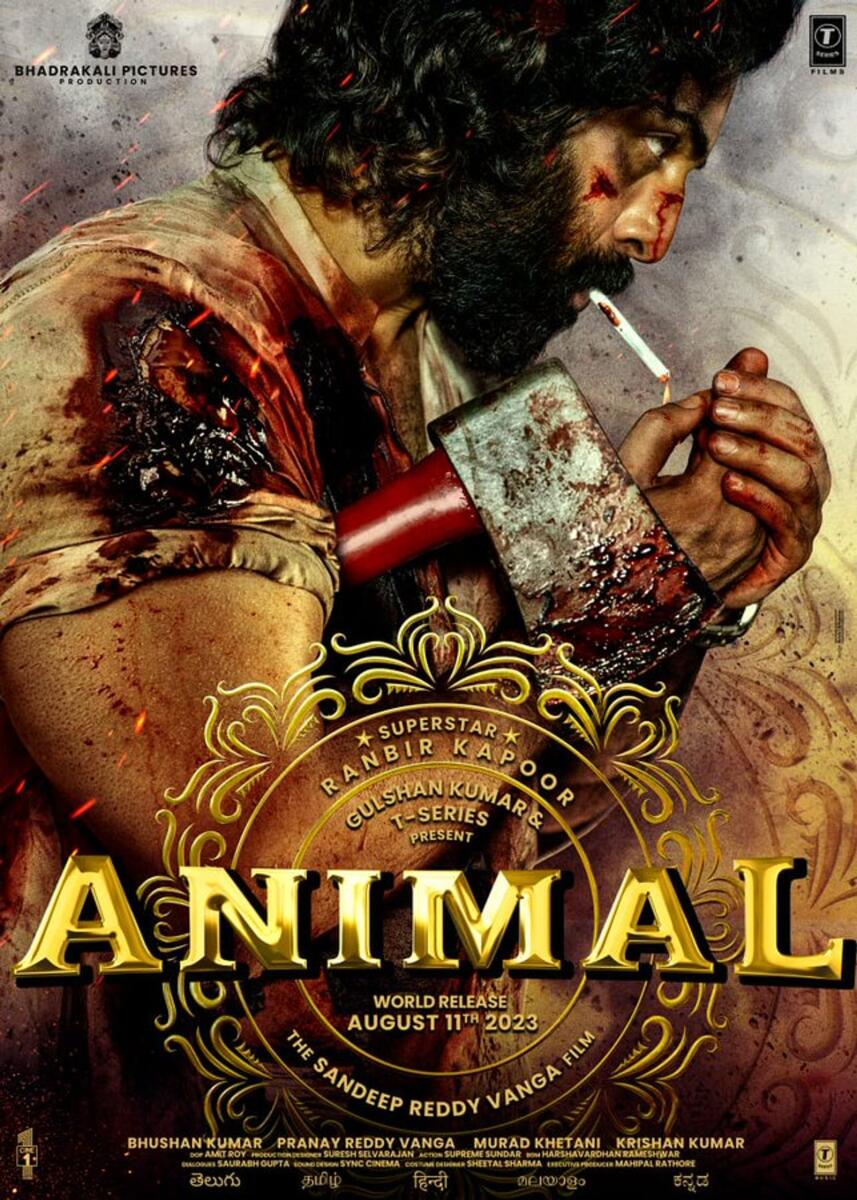 Vanga is best known for his 2019 Bollywood directorial debut Kabir Singh, a remake of his 2017 Telugu hit Arjun Reddy.

The makers unveiled the first look of Kapoor on their official social media handles at midnight. The actor is seen in a rugged avatar, holding an axe and lighting a cigarette.

“We are happy to unveil the first glimpse to the audiences. Ranbir’s look in the poster very well justifies the gist of the film and we’re confident that the audience will witness a film that they deserve,” the producers said in a joint statement.

The film is scheduled to be released countrywide in five languages — Hindi, Telugu, Tamil, Malayalam and Kannada.