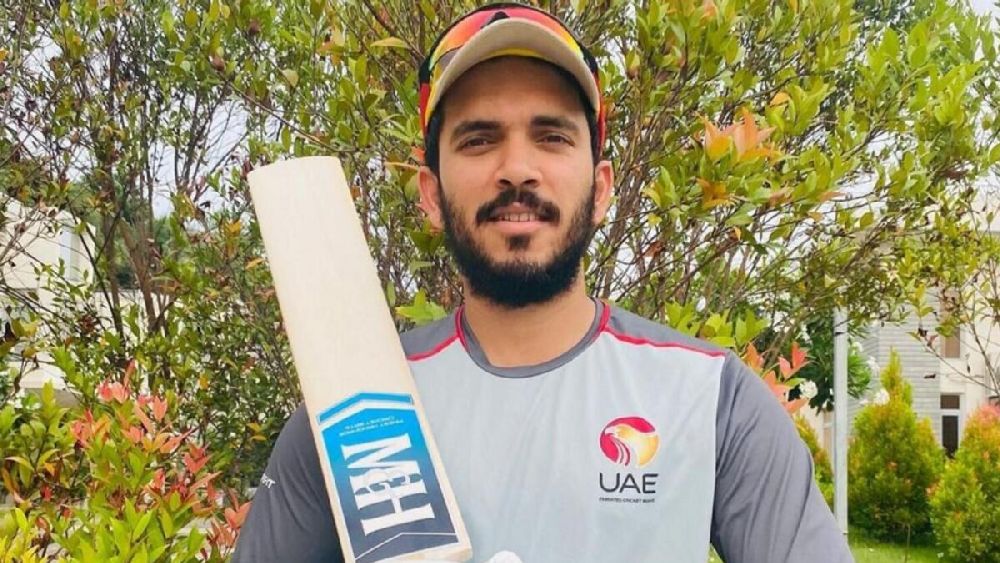 Batsman CP Rizwan will lead the UAE’s campaign at the ICC T20 World Cup in Austalia next month, the Emirates Cricket Board (ECB) announced on Saturday.

The ECB announced the squad for the tournament which takes place from October 16 to November 13 and the 15-player squad brings together a dynamic group of experience and youth.

Robin Singh, director of cricket and national teams’ head coach, is buoyed by the inclusion of a number of the country’s young talent that have proven their worth to wear the country’s flag.

“This team has a solid representation of experience and youth,” Robin said.

“It must be emphasized that UAE cricket’s youth have continued to show their worth at various successful ICC and Asian Cricket (age-group) campaigns, and, it is their time to showcase these proven talents to the cricketing-world alongside those (selected) experienced players.

“To represent your country is of great pride and our (coaching) team has complete belief in the maturity and skills of this group of players, and we expect them to surprise a few teams with their performances,” he added.

Meanwhile, Dr. Tayeb Kamali, selection committee chairman, Emirates Cricket, said: “Qualifying to play against top national teams of the world at the ICC Men’s T20 World Cup marks a milestone with UAE Cricket’s growing strengths in the T20 format. We extend our deep appreciation to all who have invested their time and efforts as we arrive at this unique moment in Emirates Cricket’s history.” “We wish our team the very best as they continue to make their mark on international cricket at the ICC T20 World Cup.”

In continuing their preparations and before leaving the UAE, early October, the UAE will play Bangladesh in a two-match T20I series, at Dubai Sports City’s Dubai International Stadium on September 2 and 27.