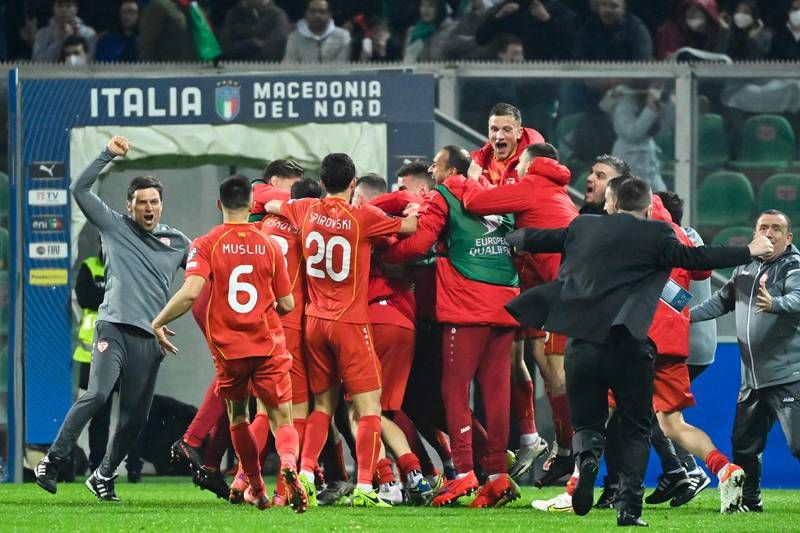 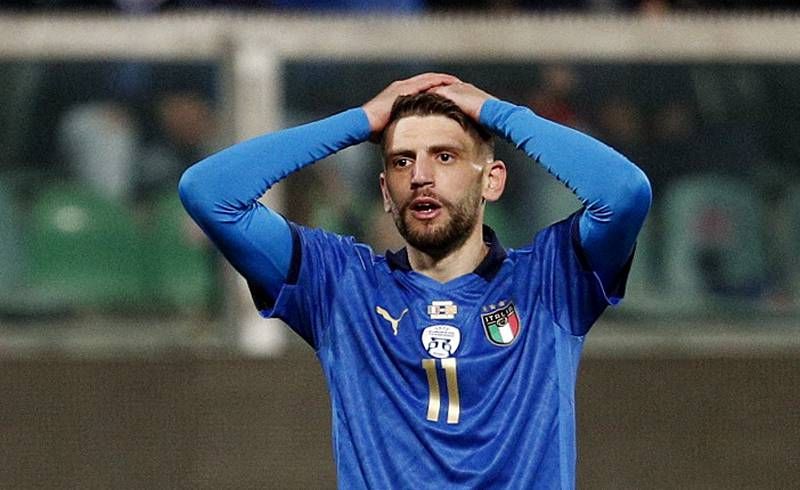 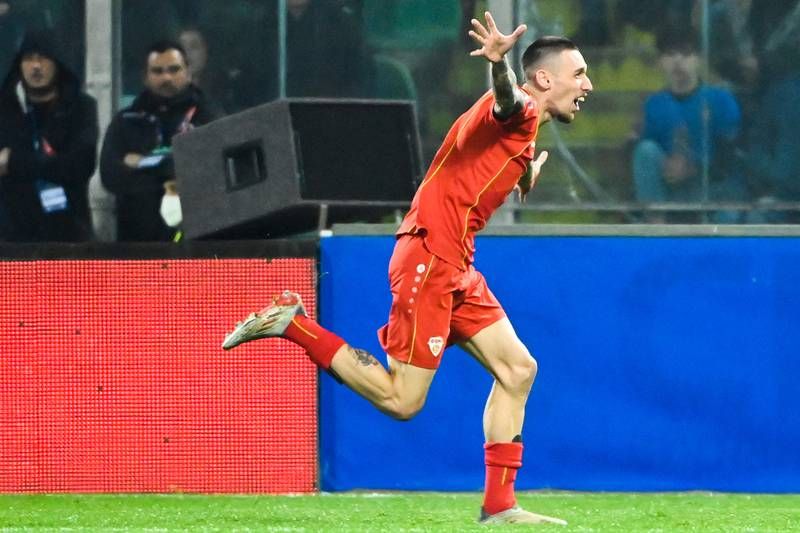 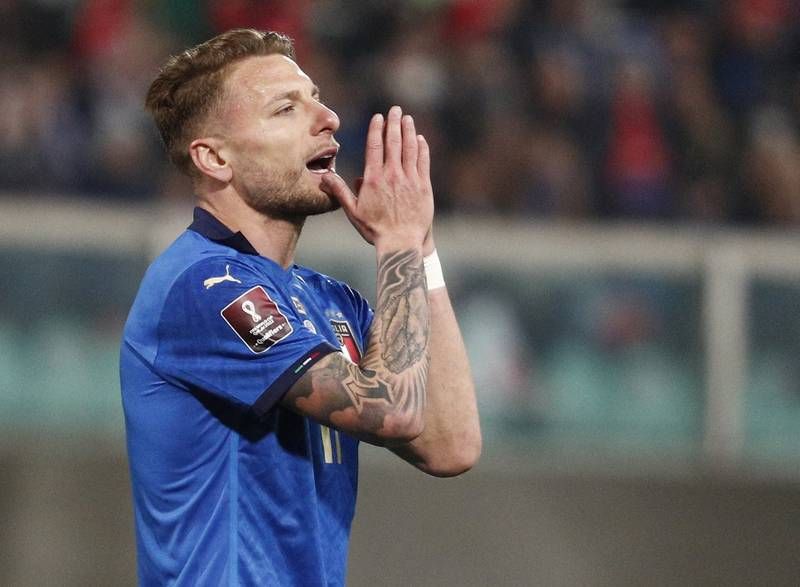 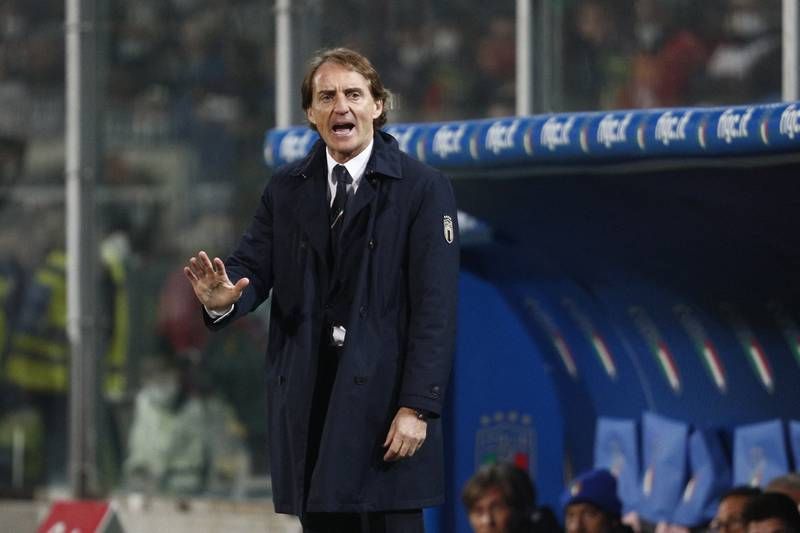 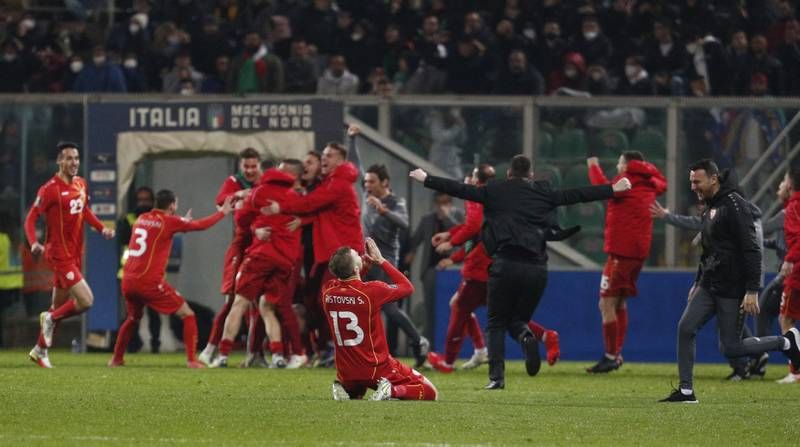 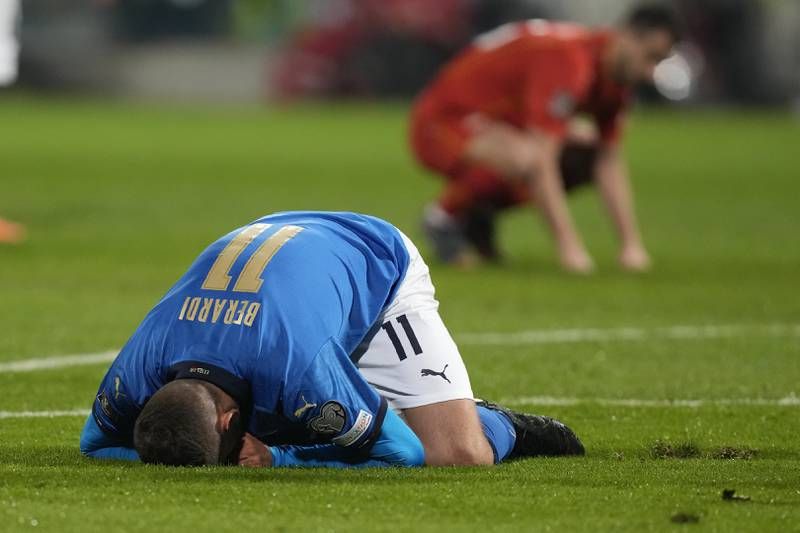 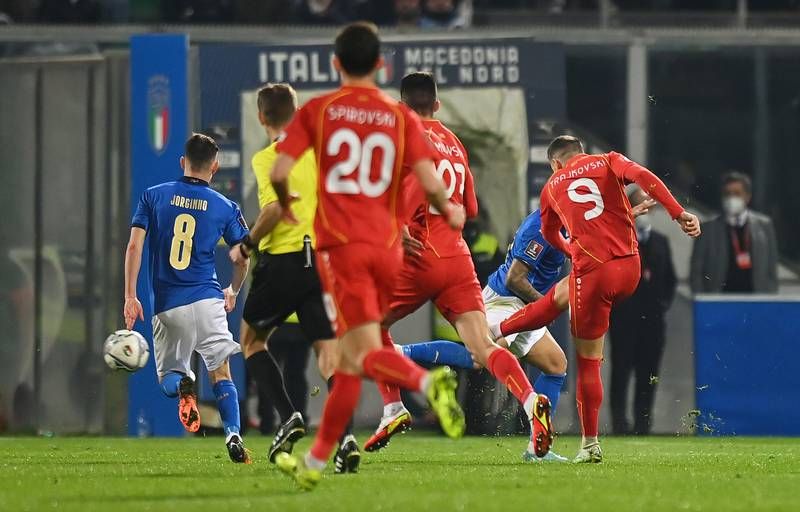 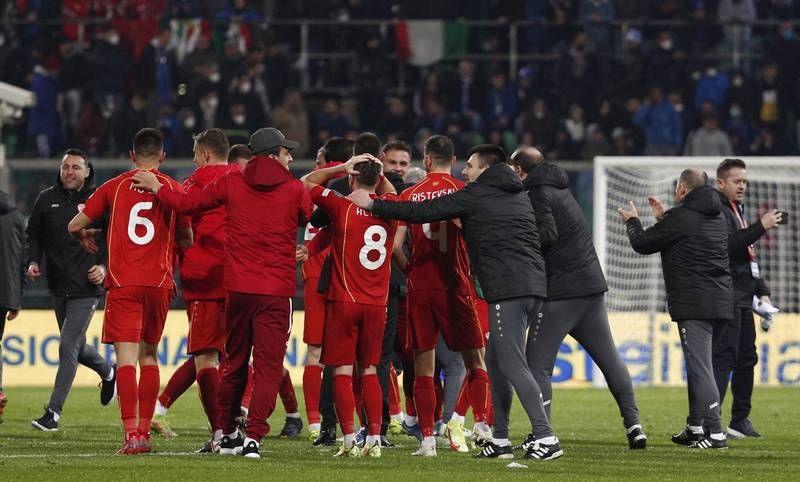 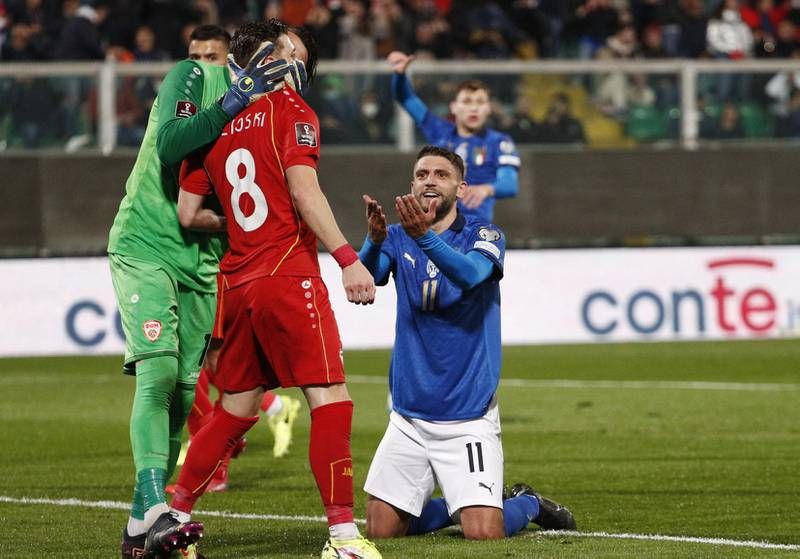 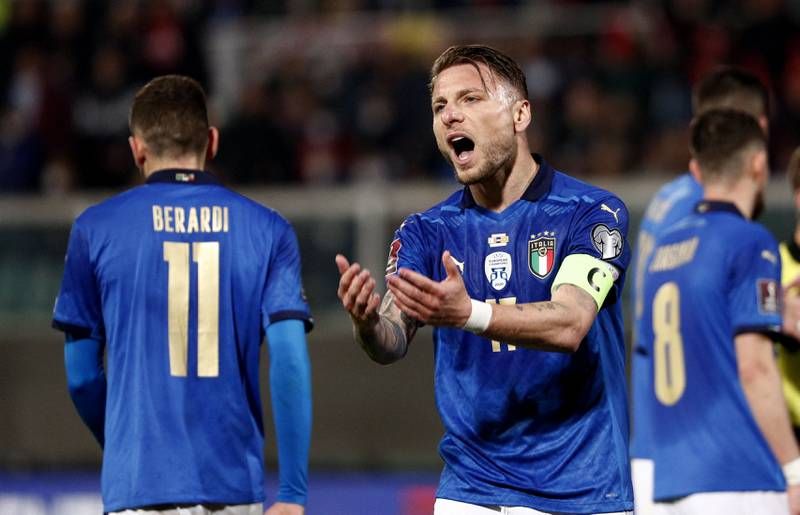 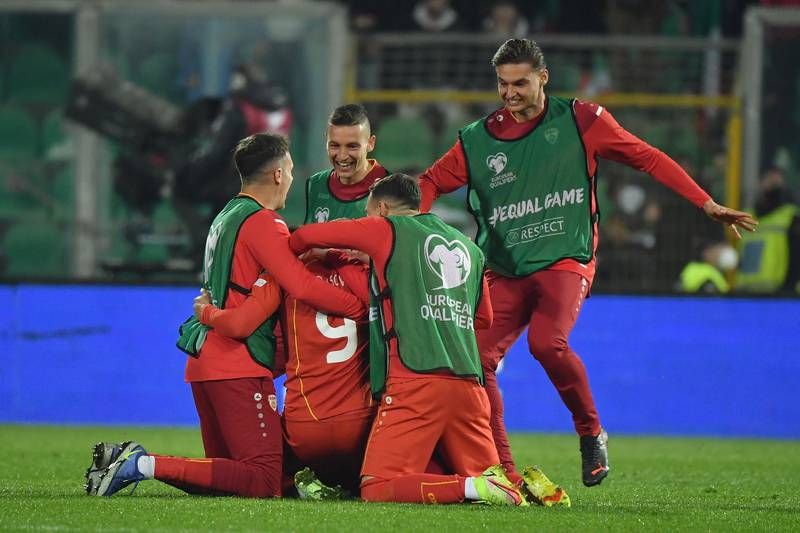 North Macedonia’s players celebrate at the end of the 2022 World Cup qualifying play-off victory against Italy at the Renzo-Barbera stadium in Palermo, on Thirsday, March 24, 2022. AFP

Roberto Mancini looks set to stay on as Italy manager despite the Azzurri failing to qualify for the World Cup for a second successive time.

The Euro 2020 winners were beaten 1-0 by North Macedonia in Thursday’s qualification play-off semi-final, a result that meant Italy failed to qualify for the World Cup for a second successive time. 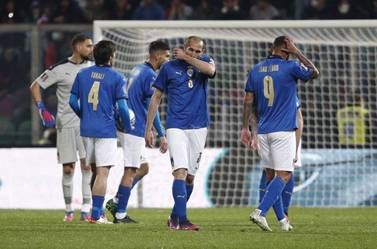 Italy 'destroyed and crushed' by failure to qualify for World Cup, says Chiellini

Mancini, who took over in May 2018 after Italy failed to reach that’s year’s World Cup, has a contract which runs until the 2026 tournament co-hosted by Canada, Mexico and the United States.

“I’ve spoken with the [Italian Football Federation] president [Gabriele Gravina] in the last few days, I think we’re on the same page on pretty much everything,” Mancini told reporters ahead of Italy’s friendly with Turkey in Konya on Tuesday.

“We will speak about it again in the coming days, we’ll see each other again after this match. Then we’ll take our time to talk about what can be improved for the future. That’s it.”

After the Macedonia defeat, team captain Giorgio Chiellini and Gravina both said they wanted Mancini to continue, and the 57-year-old suggested he still had aspirations with the national team.

When asked what would push him to remain in his post, Mancini smiled and made very clear his enthusiasm for managing a team, which he is convinced would have been a contender in Qatar had they qualified.

“I’m still young, my aim is to win a European Championship and a World Cup, and for the World Cup we will need to wait a bit,” he said. “I like my job, I think I can still have fun and do something special with the boys.”

He was also backed up by veteran defender Leonardo Bonucci, who said: “I think what the coach has given us in these past three years was unique. He created a depth of feeling between the team, staff and management that we’ve rarely experienced at [national training centre] Coverciano.

“Anyone who has been involved on the pitch, the dressing room or had anything to do with the coach wants only to carry on with him.”