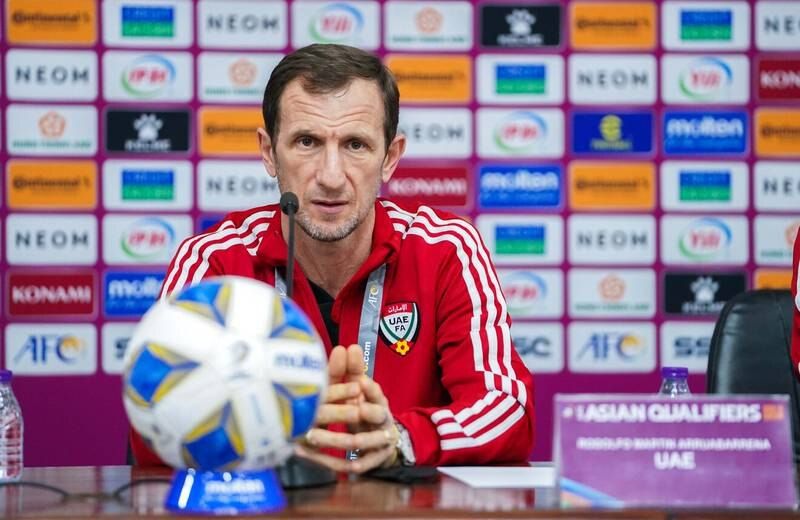 New UAE manager Rodolfo Arruabarrena says his side have “very big ambitions” to secure a World Cup qualification play-off spot on Thursday with a game to spare, as they seek a decisive victory against Iraq in Saudi Arabia.

The national team, currently occupying that crucial position in Group A, go into the final round’s penultimate match day knowing a win at the King Fahd Stadium in Riyadh will seal third spot. Iran and South Korea have already booked their place at Qatar 2022 by finishing as the top two in the standings.

With two matches remaining, the UAE have three points more than third-placed Lebanon, who host bottom side Syria on Thursday, and sit four ahead of Iraq in fourth. 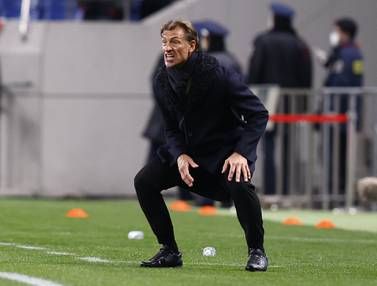 Herve Renard: 'no place for relaxing' as Saudi Arabia sit one win away from World Cup spot

Thursday’s match will be played in the Saudi capital after the Asian Football Confederation moved the tie last week from Baghdad citing security reasons.

The fixture marks Arruabarrena’s first in charge having succeeded as manager Bert van Marwijk last month. Before flying to Riyadh, the former Al Wasl and Shabab Al Ahli manager has spent little more than a week with his new squad during a training camp in Dubai.

Speaking at the pre-match press conference in Saudi on Wednesday, Arruabarrena said: “During the camp, we got acquainted with a number of new players, who joined the national team. We are working step-by-step according to a clear vision for each [match] separately, and I got to know the capabilities of all the players during the training camp.

“It is true that we have needed to become familiar with some, but I am aware of the capabilities of most of the players in the UAE league and the national team. I see that everyone has very big ambitions to win the match, and to settle the third place in favour of the UAE.”

The UAE will be without a number of key players, including regular first-choice goalkeeper Ali Khaseif – the Al Jazira No 1 has not been selected — suspended midfielders Abdullah Ramadan and Tahnoon Al Zaabi, and injured forwards Fabio De Lima and Sebastian Tagliabue. However, Ali Mabkhout returns to the team after the UAE’s all-time leading scorer missed the two most recent qualifiers.

Asked about his approach to the Iraq encounter, especially given the short period of time with his new team, Arruabarrena said: “I am not a stranger to UAE football. As I said, I know a large number of players in the national team, and therefore it did not take long for the players to know our training philosophy, and what we want on the field.

“Our goal now is to provide an honourable and strong performance that restores confidence to the fans and the team in general, whose motto is to play to win always. This will be our motto against Iraq first, and then we will see what the rest of the qualifiers end up with.”

After Iraq, the UAE round off their campaign at home to South Korea on Tuesday. Should the national team clinch third in the group, they then face a series of play-offs to make only a second World Cup appearance in the country’s history.