Among the many laptops that ROG has launched this year, the ROG Flow X16 is among the most anticipated laptops to come out in 2022.

Following the success that ROG saw with the Flow X13, ROG have taken that same formula and have taken the XG Mobile formula for a bigger model. The Rog Flow X16 has an incredibly powerful CPU and GPU in a thin form factor, and you can expand the memory up to 64GB DDR5 memory running at 4800MHz, and 2 PCIe Gen 4×4 SSD slots.

With that said, in a nutshell, the Flow X16 simply put caters to those who want the best of gaming tech and offer or for creatives who want a smooth workflow experience on a lightweight device. 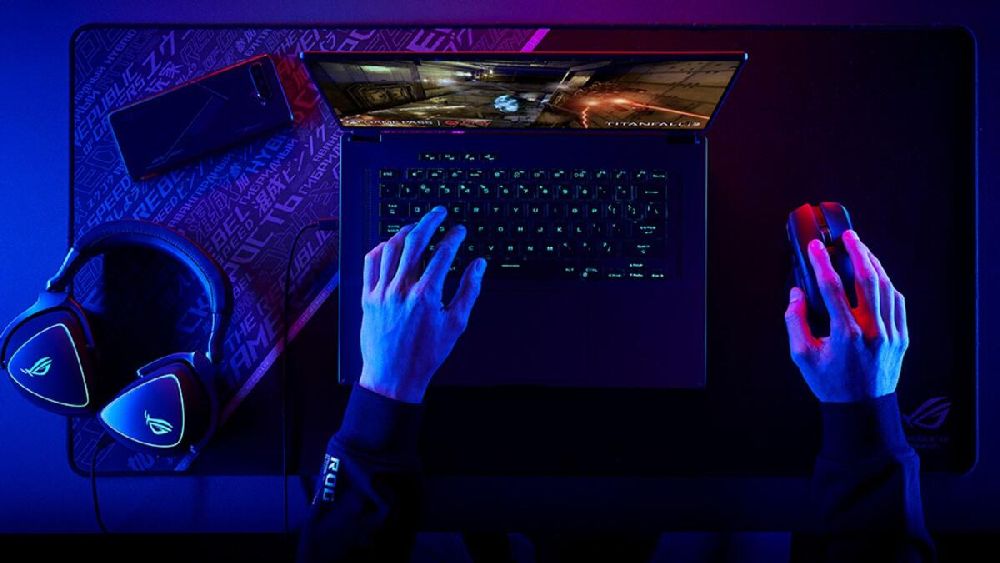 The ROG Flow X16 ultra-slim magnesium alloy chassis has this grip which is comfortable and easy to hold. That’s because of the groove like design that ROG calls ‘Gravity Wave’ that gives it an aesthetically pleasing design overall.

The lid rotates back 360-degree so it can be used in tablet mode. Touchscreen is enabled and coated with Corning Gorilla Glass for added protection. Other modes include Clamshell, stand mode and Tent mode for different user scenarios. There’s also the added benefit of stylus to support designers in their work.

For connectivity, there are more than enough ports to help you get done with everyday tasks and beyond. And of course, the XG mobile unit sees an update too, this includes 4 Type A USB 3.2 Gen1, 1 DP 1.4, 1 HDMI2.1, 1 RJ-45 (2.5G) network port and a SD Card reader along with an AMD RADEON RX 6850M XT GPU. Overall, it’s a solid design for everyone’s need that ROG consistently delivers on. 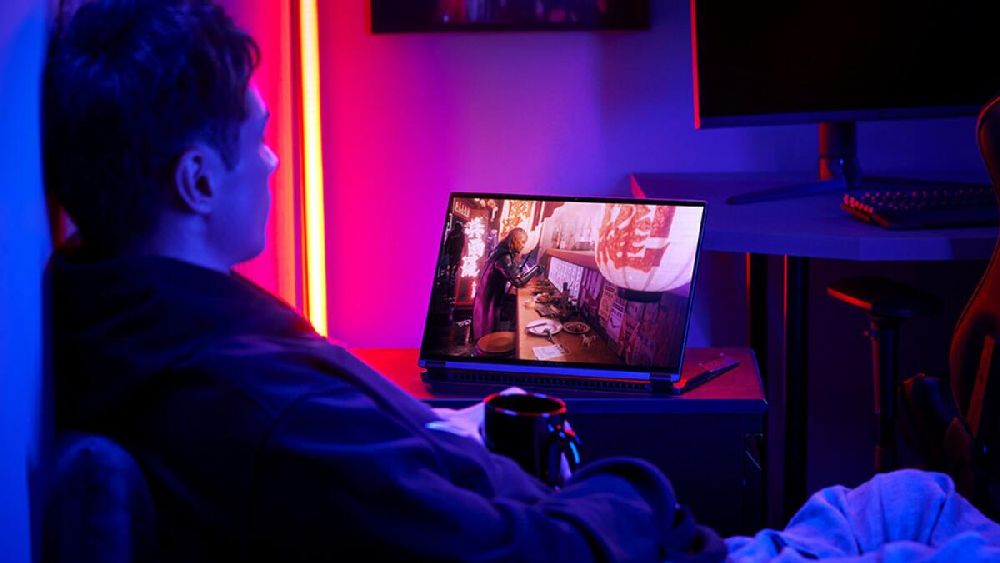 This allows you to have the ability to have multizone backlight control to give more contrast. With the Armory crate app, you can go for the multi-zone or the single-zone mode to customise whichever way you want. Multi zone mode works best for games and entertainment while single zone mode is perfect for content creation where you want the display to give accurate colours. On HDR mode, you’ll get a brightness of 1100 nits, which works incredibly well even during daytime where light is harsher. Playing video games with HDR on is an experience to say the least. 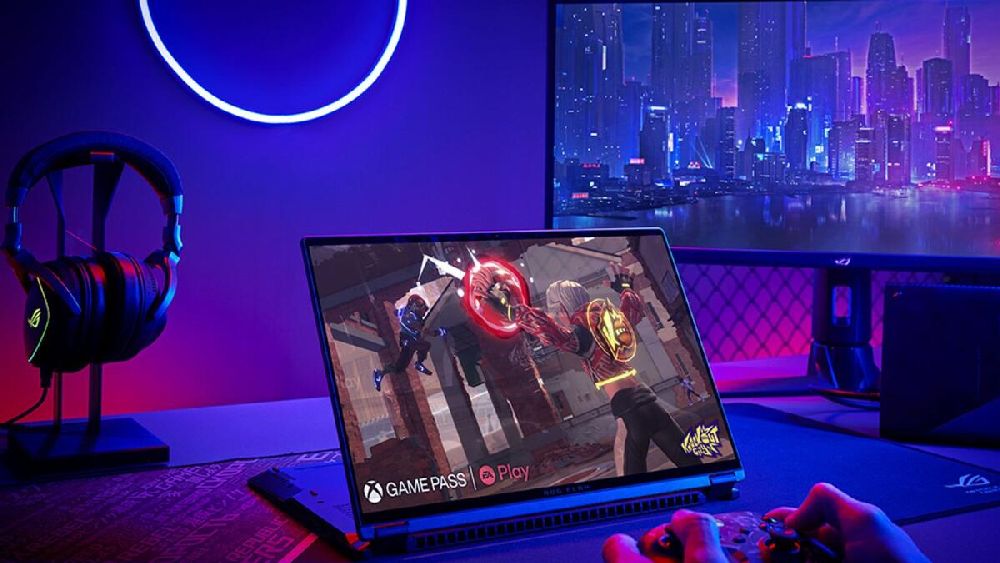 The ROG Flow X16 is packed to the brim with solid hardware. You get the Nvidia GeForce RTX 3070Ti with 8G GDDR6 VRAM GPU and an AMD Ryzen 9 6900HS CPU. The XG Mobile also adds an additional performance boost with either an NVDIA GeForce RTX 3080 Laptop GPU, or this year’s model with an AMD Radeon RX 6850M XT GPU.

The Ryzen 9 6900HS can be boosted to 4.9Ghz and is a performance king in every way when it comes to gaming and content creation performance. On top of it the thermal layout for this laptop makes it easier to upgrade and it runs cool and quiet.

Battery life is optimal too. It has a 90Whr battery and you’ll still get about six hours of battery on normal usage, which is stellar for a machine like this. Gaming laptops are normally power hungry, but ROG excels in this category. 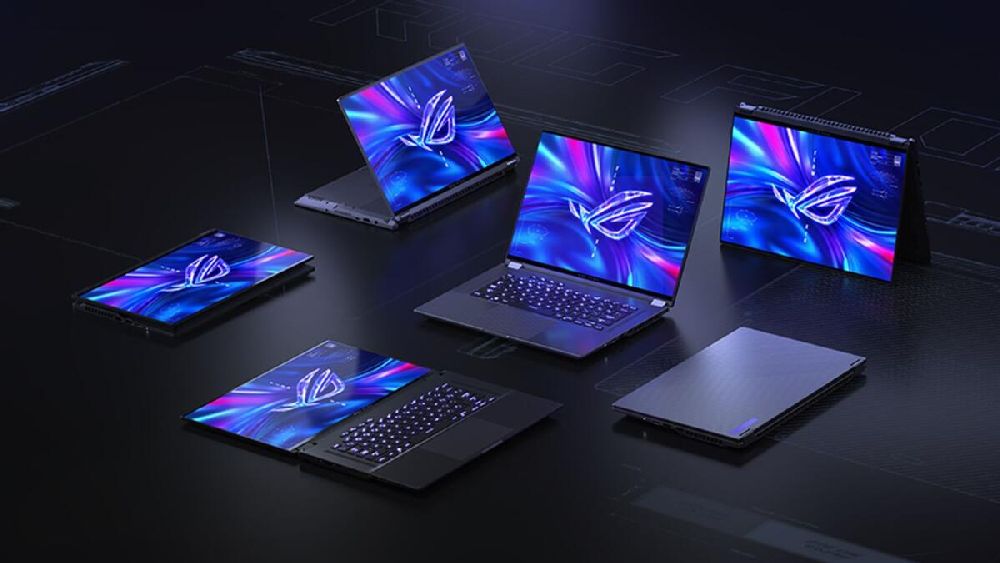 The ROG Flow X16 is one of the best laptops this year. It’s light, thin but very heavy on the performance and the potential you’ll have by getting it. Not only the backlight control is appealing but the beautiful screen makes it a must buy. The ROG Flow X16 is available at major retailers at AED 10,999.

Pie from the sky: Drone delivery lands in America

. The little aircraft appeared out of the blue sky above a Texas home, deposited its payload of a mid-morning snack in the yard and zoomed off, as deliveries by drone start...

Dubai Metaverse Assembly kicks off tomorrow at Museum of the Future

. Dubai Metaverse Assembly is set to kick off tomorrow, September 28, at the Museum of the Future in Dubai. The event will host more than 300 experts and specialists as well...