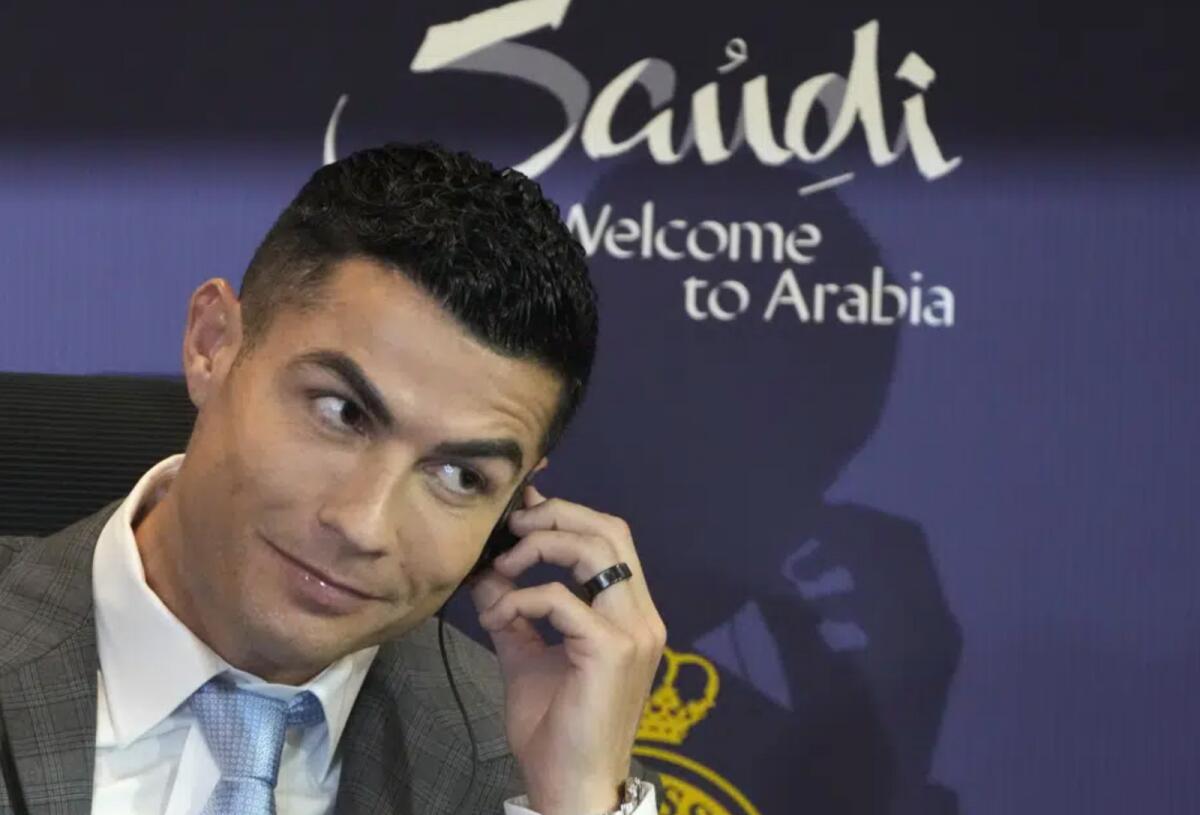 Cristiano Ronaldo has just completed a move to Saudi Arabian club Al Nassr, but made a slip up during his official presentation in Riyadh on Tuesday when mistakenly saying he had “come to South Africa.”

Perhaps the Portugal great was disorientated by the whirlwind nature of his arrival at his new club, which saw him fly out to Saudi on Monday night, before undergoing a medical the next morning and then being greeted by thousands of cheering fans at Al Nassr’s Mrsool Park stadium.

“For me it is not the end of my career to come to South Africa,” Ronaldo said at a news conference before stepping out on the field at the 25,000 capacity stadium. “I really don’t worry about what people say. I took my decision and I have responsibility to change that, but for me I’m really, really happy to be here.”

After what was clearly a slip of the tongue, Ronaldo went on to outline his reasons for joining Al Nassr and said he had turned down “many clubs” around the world to complete one of the most surprising moves in soccer history.

“I want to give a different vision of this country and football. This is why I took this opportunity,” he said. “I know the league is very competitive. People don’t know that, but I know because I saw many games,”

Ronaldo has signed a two-and-a-half-year contract to play in the Saudi Pro League and will reportedly earn up to $200 million a year.

However, the 37-year-old Ronaldo was handed a two-match suspension by the English Football Association in November for knocking a mobile phone out of the hand of a supporter after a game against Everton last April.

He had already left United by the time of the ruling, but the FA said the suspension would be transferred to any new club.