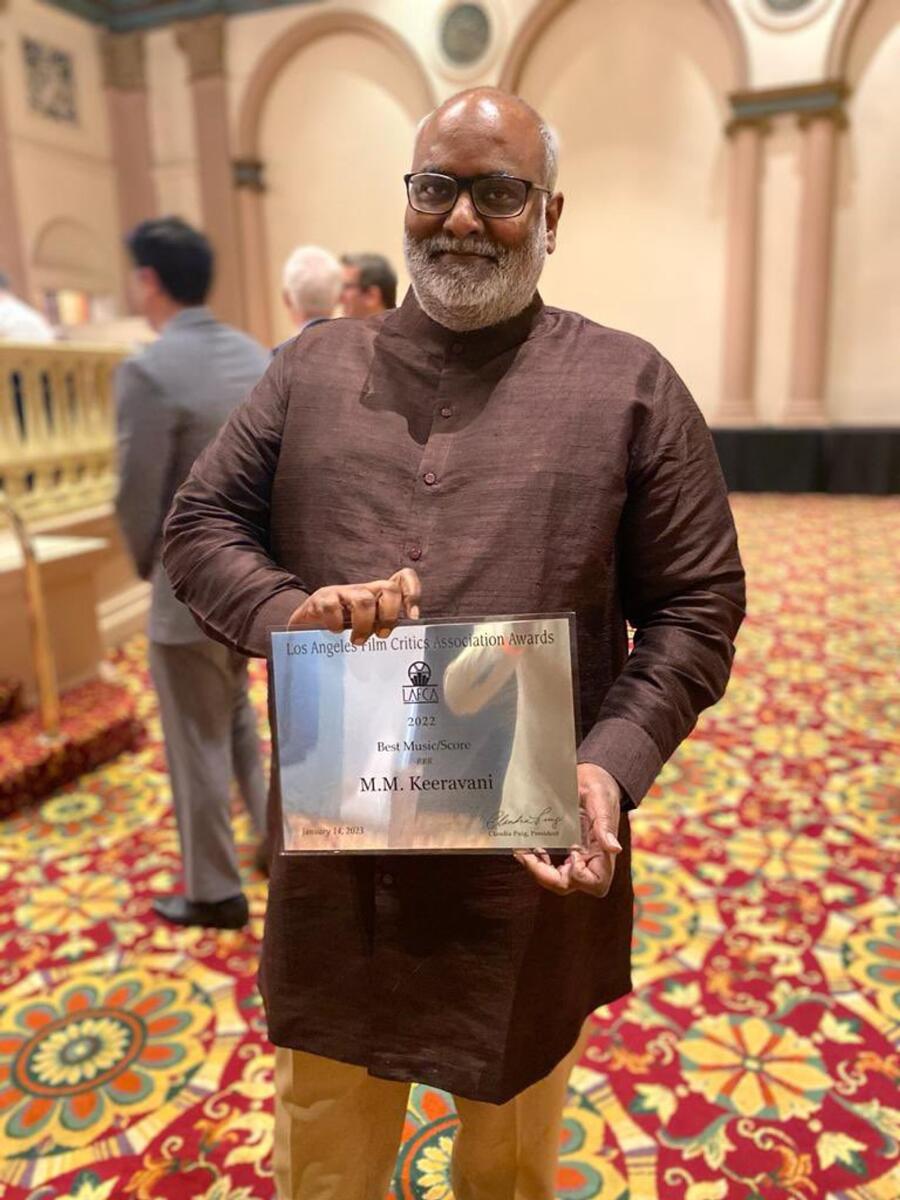 MM Keeravani, the winner of the Los Angeles Film Critics Association’s (LAFCA) best music score award for his work on global blockbuster RRR, thanked composer John Williams for teaching him the importance of simplicity in a film soundtrack.

Keeravani was named the recipient of the honour earlier last month and received the trophy in person recently at a gala held in Los Angeles at Millennium Hotel and Resorts.

Keeravani, who also won the Golden Globe for Best Song, for the film’s Telugu track Naatu Naatu, also expressed gratitude to Rajamouli for believing in him and giving him creative freedom.

“I thank my brother and director of RRR for believing in me and giving me all the freedom I asked for and appreciating my music like anything. Thank you Rajamouli,” he said after accepting the award.

He recalled how watching Steven Spielberg’s 1975’s classic Jaws changed the way he perceived music. The film’s music was created by composer John Williams and earned him his second Academy Award.

“I learnt a lesson when I happened to watch the movie Jaws. Whenever the shark was approaching, there was an indication of danger. I was expecting an intricate and complicated melody with a rich orchestration, but I was shocked as it was very humble and simple. Thank you very much John Williams, for teaching me the lesson of simplicity and humbleness (sic) and being my inspiration for all these years,” Keeravani added.