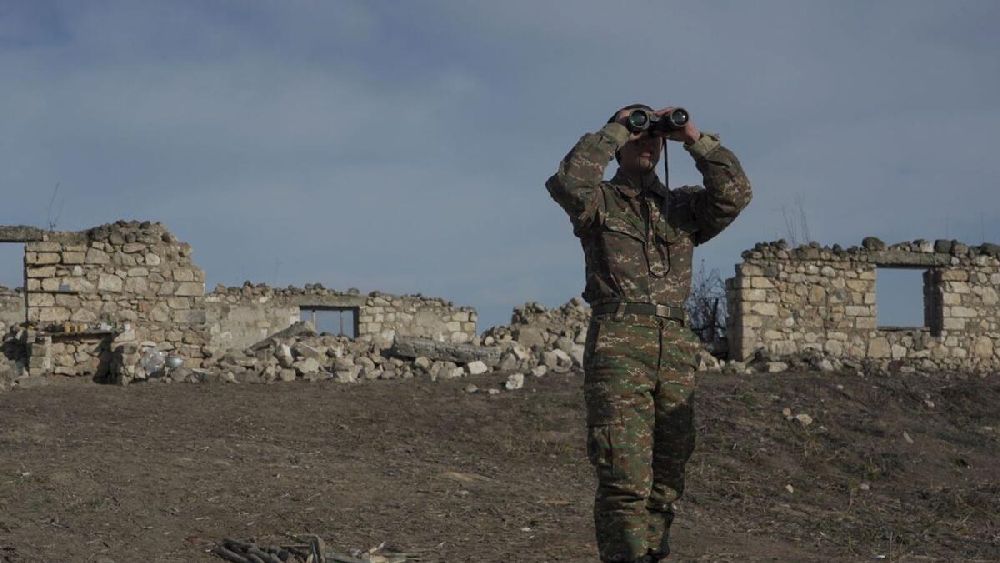 Moscow on Saturday accused Azerbaijan of violating a ceasefire agreement by entering the Russian peacekeeping mission’s zone in the breakaway region of Nagorno-Karabakh, the first time Russia publicly assigned the blame for violating the 2020 deal.

The Russian defence ministry also accused Azerbaijani troops of using drones to strike Karabakh troops, while the foreign ministry in Moscow expressed “extreme concern” over the spiralling tensions in the region.

Incidents between the armed forces of arch enemies Azerbaijan and Armenia have been frequent in recent months but Saturday’s announcement was the first time since the end of the hostilities over Karabakh in November, 2020 that Moscow has accused one of the parties of violating the uneasy ceasefire.

Moscow denounced the flare-up on the 31st day of Russia’s military campaign in Ukraine, with signs indicating that both sides were digging in for a protracted conflict in the pro-Western country.

The Kremlin said on Saturday that President Vladimir Putin had discussed the situation with Armenian leader Nikol Pashinyan twice — on Friday and Thursday.

“Violating the provisions of a trilateral statement of the leaders of Russia, Azerbaijan and Armenia from November 9, 2020, Azerbaijan’s armed forces between March 24 and March 25 entered the zone of responsibility of the Russian peacekeeping contingent in Nagorno-Karabakh and set up an observation post,” the Russian defence ministry said in a statement.

The statement added that drones were used to strike Karabakh troops near the village of Farukh also known as Parukh.

“An appeal has been sent to the Azerbaijani side to withdraw its troops,” the defence ministry said.

“The command of the Russian peacekeeping contingent is taking measures to resolve the situation.”

The foreign ministry in Moscow urged all the parties “to exercise restraint and ensure strict compliance with the existing tripartite agreements”.

There was no immediate reaction from Azerbaijan.

On Saturday, the breakaway region’s defence ministry said in a statement that Azerbaijani drones had killed three people and wounded another 15.

“Azerbaijan’s armed forces are continuing to remain in the village of Parukh,” the statement added.

Armenia called on the international community to prevent attempts aimed at “destabilising the situation in the South Caucasus”.

“We also expect the Russian peacekeeping contingent in Nagorno-Karabakh to undertake concrete, visible steps to resolve the situation and prevent new casualties and hostilities,” the Armenian foreign ministry said in a statement.

Yerevan said that the “invasion” of Parukh “was preceded by constant shelling of Armenian settlements and civilian infrastructure”.

Armenia’s foreign ministry said earlier this week that Azerbaijani troops on Thursday moved into the village of Parukh — under control of Russian peacekeepers — in what they said was “a clear violation of the ceasefire agreement”.

Armenia has also warned of a possible “humanitarian catastrophe” in Karabakh after gas supplies to the disputed region were cut off following repair work.

Ethnic Armenian separatists in Nagorno-Karabakh broke away from Azerbaijan as the Soviet Union collapsed in 1991, and the ensuing conflict claimed around 30,000 lives.