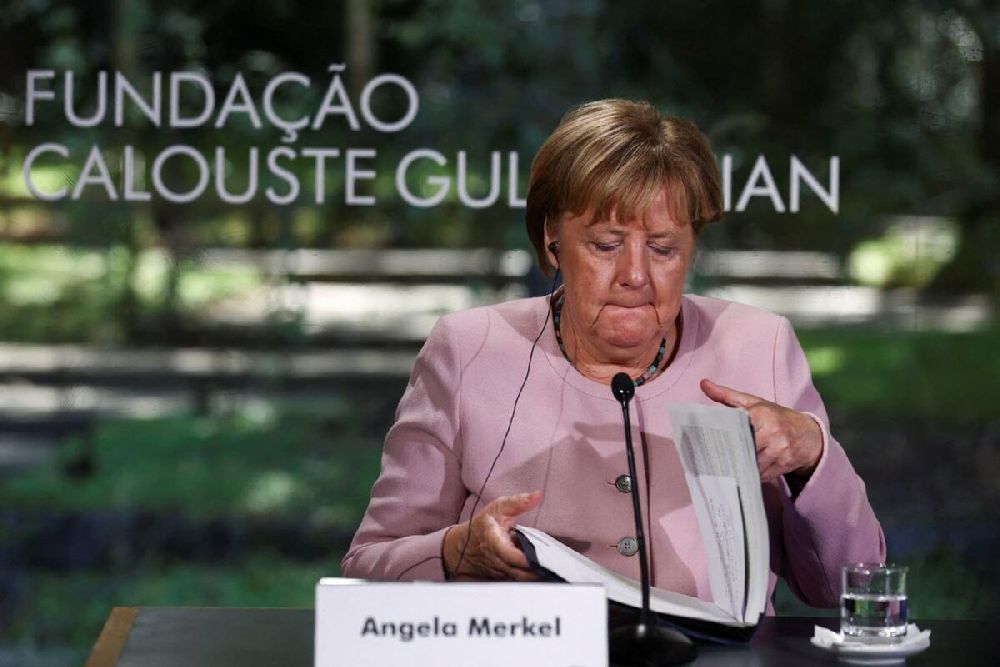 Former German Chancellor Angela Merkel said she had aimed to convene European talks with Vladimir Putin the year before the conflict with Ukraine, but finally did not see any possibility of influencing the Russian president at the end of her term.

In an interview published on Thursday with the Spiegel news magazine, Merkel said that she and French President Emmanuel Macron had planned to hold an independent talk format with Putin within the European Council in 2021, her last summer in office.

“I no longer had the strength to push through because, after all, everyone knew: she’s leaving in autumn,” she said.

Merkel, who retired from politics after 16 years in power following Germany’s September 2021 election, officially handed over the reins to Olaf Scholz of the Social Democrats in December that year.

US President Joe Biden met the Russian leader in June 2021.

Referring to her farewell visit to Moscow in August 2021, Merkel, who speaks fluent Russian, told Spiegel:

“The feeling was very clear: ‘In terms of power politics, you’re through.’ For Putin, only power counts.”

Still, the former conservative leader said of her departure from politics that it had been “time for a new approach” due to a lack of progress by her government not just on Ukraine, but also on conflicts in Moldova, Georgia, Syria and Libya.

The Kremlin said on Thursday that Kyiv could “end the suffering” of its population by meeting Russia’s “requirements” to resolve the conflict, which it calls a special military operation against Ukrainian nationalists. He did not say what those requirements were.

Ukraine critiqued the crisis as an unprovoked land grab that has killed thousands of civilians, destroyed towns and cities and forced millions to flee their homes. It says the conflict would only end when Moscow withdrew its forces from all of Ukraine, including areas it has occupied since 2014.