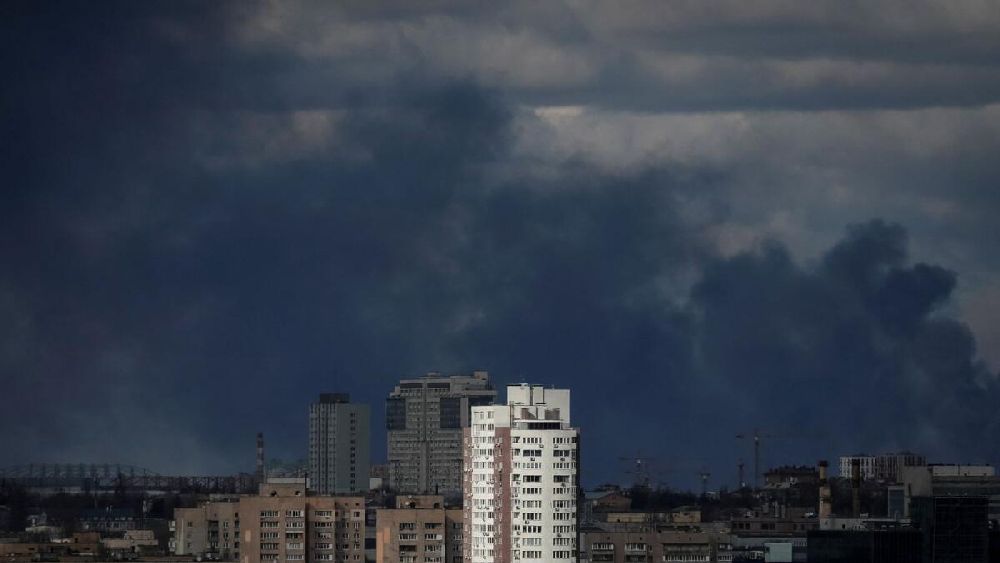 At least six people were killed in the overnight bombing of a shopping centre in the Ukrainian capital Kyiv, an AFP journalist said Monday, with rescuers combing the wreckage for other victims.

Six bodies were laid out in front of the Retroville shopping mall in the northwest of Kyiv, according to the journalist.

The 10-storey building was hit by a powerful blast that pulverised vehicles in its car park and left a crater several metres wide.

The burnt-out mall was still smoking on Monday morning. All of its south side had been destroyed, as well as a fitness centre in its car park.

Twisted bits of metal and other debris were strewn across the area for hundreds of metres, as firefighters and soldiers searched the devastation for victims.

In the night, AFP journalists said a huge blast shook the city and fires could be seen blazing in the mall.

They released security camera footage showing a massive explosion and a mushroom cloud, followed by a series of smaller blasts.

Firefighters pulled at least one man covered in dust from the twisted debris, according to more video released by the emergency services.

Soldiers cordoned off the site and told journalists to move back, warning of danger from unexploded munitions without elaborating further.

Neighbours in a housing block whose windows were shattered by the blast said they had seen a mobile rocket launcher near the mall for several days previously.

Kyiv has been hit by a series of strikes over the past week, with one on an apartment block earlier Sunday wounding five people.

Russia’s advance on Kyiv has however largely stalled. Moscow’s forces engage in sporadic fighting to the northwest and east but have barely moved for two weeks.