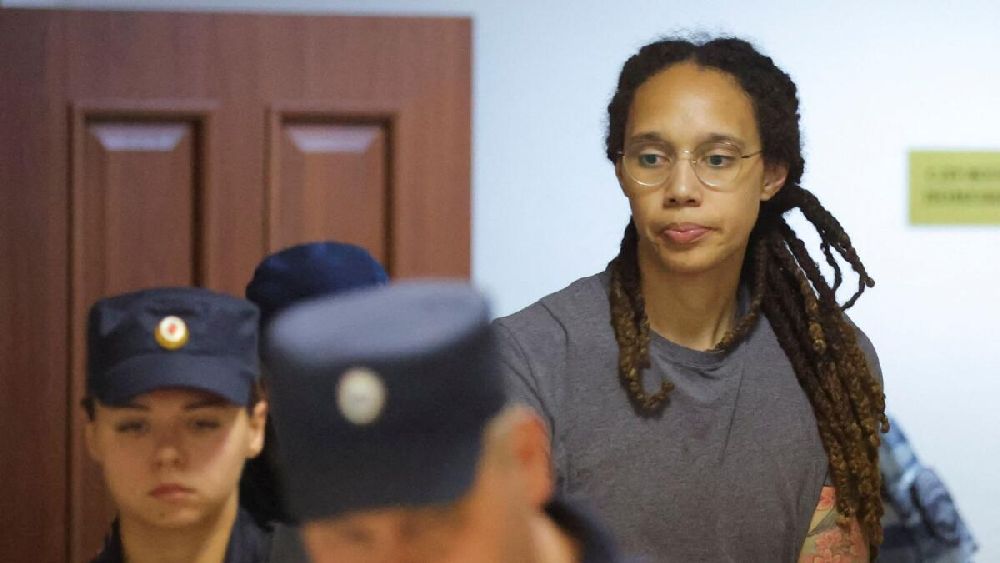 Brittney Griner was sentenced to nine years in a Russian penal colony Thursday after a judge found her guilty on drug smuggling and possession charges.

Griner apologised and asked the judge in closing statements not to hand down the 9 1/2-year prison term prosecutors requested moments before as her court case closed in Russia, six months after her airport arrest with vape cartridges containing cannabis oil.

Griner was convicted of “deliberately” bringing narcotics into the country with criminal intent, downplaying the statement from Griner that she made an “honest mistake.”

Griner, speaking before the verdict was handed down from a cage where defendants are kept in the Russian courtroom, faced a maximum of 10 years in prison for drug possession after pleading guilty.

“I know everybody keeps talking about political pawn and politics, but I hope that that is far from this courtroom. I want to say again that I had no intent of breaking Russian laws. I had no intent. I did not conspire or plan to commit this crime.”

Griner also apologised for any embarrassment brought to her Russian basketball club.

Prior to Griner’s opportunity to speak to the court, prosecutors asked the judge to sentence the WNBA star to 9 1/2 years in prison, short of the maximum of 10 years. Russian media pointed out Thursday that the case is less theatre than some might believe, using the precedent of Pennsylvania school teacher Marc Fogel. He was sentenced to 14 years in Russian prison after being arrested with what he said was medical marijuana for back pain.

The political backdrop of the case is unavoidable as United States and Kremlin officials confirmed negotiations for Griner’s release as part of a prisoner swap have taken place. Russia has asked for the release of Viktor Bout, who is serving a 25-year federal prison sentence in Illinois for conspiring to kill Americans and sell weapons to Colombian terrorists.

However, White House National Security Council spokesman John Kirby said Russia made only a “bad faith attempt” to counter the proposed swap by attempting to including additional prisoners locked up in the United States.