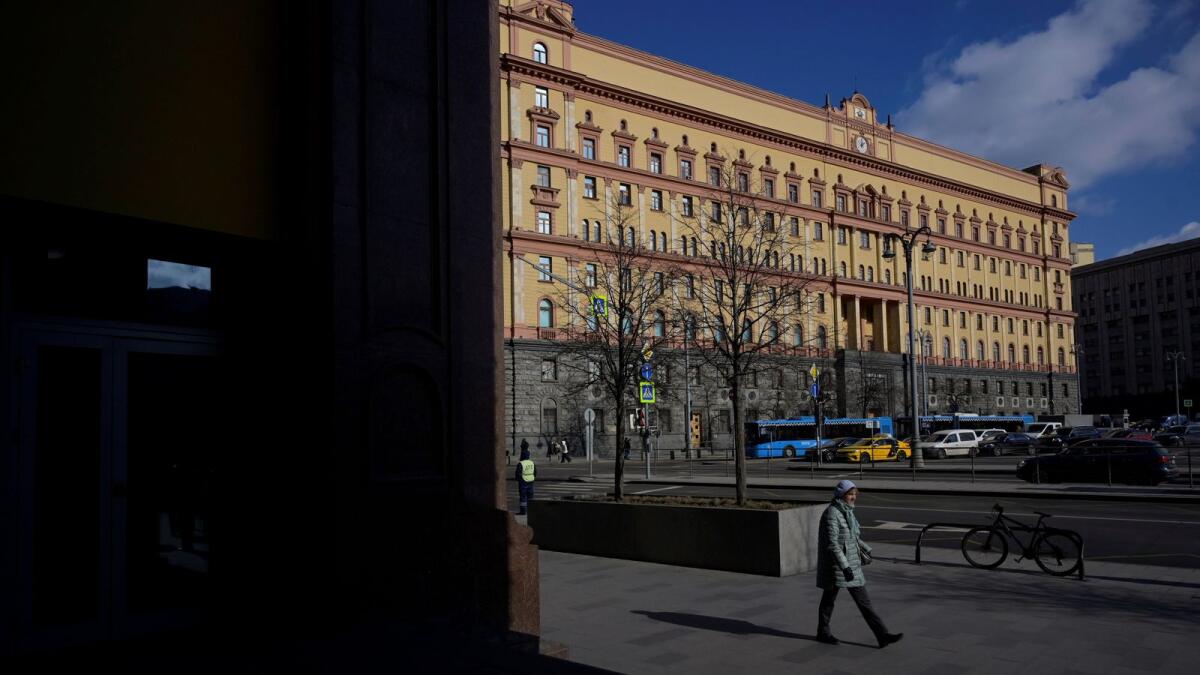 Russia has opened a criminal case against a United States citizen on suspicion of espionage, its Federal Security Service (FSB) said on Thursday.

The FSB did not name the person or provide any other details, nor did it say whether the suspect had been arrested.

“The American is suspected of collecting intelligence on biological topics directed against the security of the Russian Federation,” the FSB said.

It did not elaborate on the nature of the allegations.

The US embassy could not be immediately reached for comment.

The US State Department said it was aware of the “unconfirmed reports” that Russia has opened a criminal case against a US citizen on suspicion of espionage.

Patel added Russia does not generally abide by obligations to provide timely notification of the detention of US citizens in Russia.

A number of US citizens have been detained on criminal charges in Russia in recent years, with some ultimately freed in exchange for Russians detained in the United States. In December, US basketball star Brittney Griner was freed after being sentenced to 9 years in prison on drug charges.

She was exchanged for Viktor Bout, a Russian arms dealer who spent 14 years in US jail for arms trafficking, money laundering and conspiring to kill Americans.

However, espionage cases are seen as especially fraught, with Russian security services often unwilling to release those it accuses of being spies.

Russia has so far refused to swap US Marine Corps veteran Paul Whelan, who was arrested by the FSB in 2018 on espionage charges and sentenced to 16 years in prison in 2020.