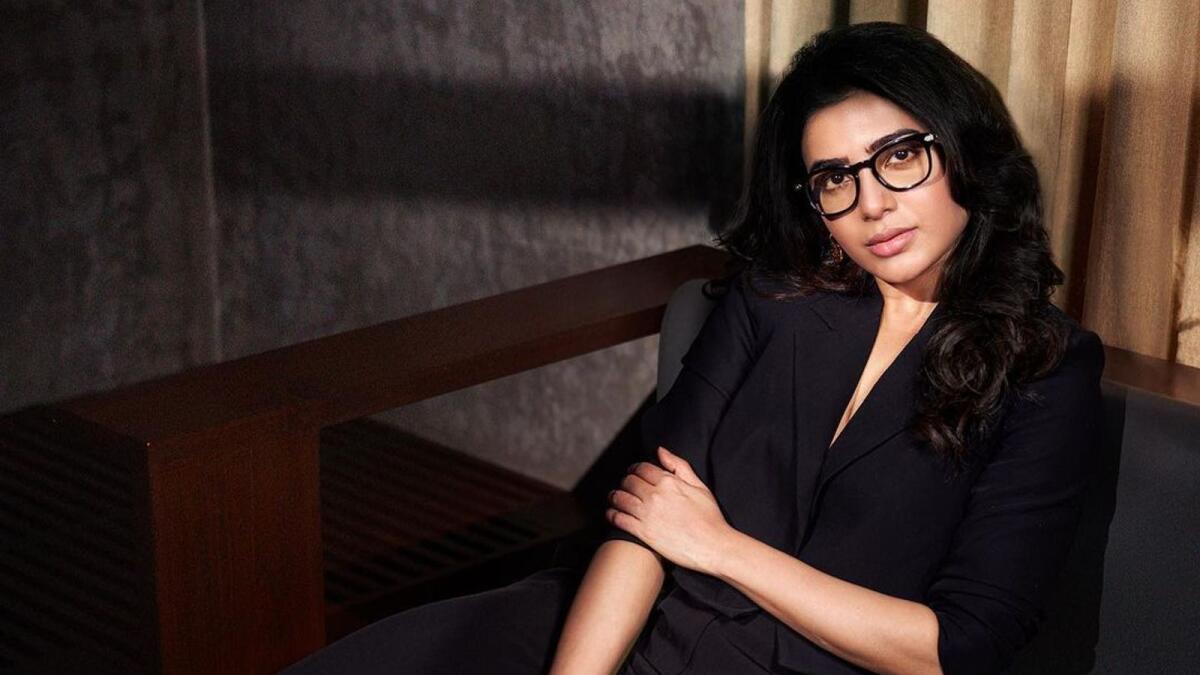 Actor Samantha Ruth Prabhu revealed the toughest part of shooting for Shakuntalam and shared pictures from the training session.

Taking to Instagram, the Oo Antava star treated fans with a video of her pet dog and behind-the-scenes picture from her upcoming movie sets.

Samantha was seen posing gracefully as her character in Shakuntalam and flaunted her curves in the picture from a training session.

In the video, her pet dog Sasha could be seen lying on a couch.

Along with a post, she wrote a hilarious caption mentioning how grace is not either hers or Sasha’s thing.

The caption read, “The toughest part of #Shakuntalam was maintaining grace and posture while walking, talking, running… even crying! And grace is sooo not my thing. Had to take training sessions for it! Should have taken Sasha along… clearly so not her thing either! #LikeMotherLikeDaughter.”

Based on Kalidasa’s acclaimed Sanskrit play Abhijnana Shakuntalam, the film is written and directed by award-winning director Gunasekhar (Rudhramadevi) and produced by Neelima Guna and Dil Raju under the banner of Gunna Teamworks and Dil Raju Productions respectively. The film also features Dev Mohan as Dushyanta, the king of the Puru Dynasty.

Shaakuntalam revolves around the epic love story of Shakuntala and King Dushyant, portrayed by Yashodha star Samantha and Dev Mohan of Sufiyum Sujatayum fame, respectively. It will be out in theatres on February 17 in Hindi, Tamil, Malayalam, and Kannada.

A few months ago, Samantha revealed that she is diagnosed with an autoimmune condition called ‘Myositis’, and ever since, the actor has been keeping a low profile.

The 35-year-old diva broke the silence on her health update via a social media post. She took to her Instagram handle and shared a picture of herself, sitting on a couch with an IV drip connected to her wrist.

She captioned the picture, “Your response to the Yashodha trailer was overwhelming. It is this love and connection that I share with all of you, that gives me the strength to deal with the seemingly unending challenges that life throws at me. A few months back I was diagnosed with an autoimmune condition called Myositis. I was hoping to share this after it had gone into remission. But it is taking a little longer than I hoped. I am slowly realising that we don’t always need to put up a strong front.”