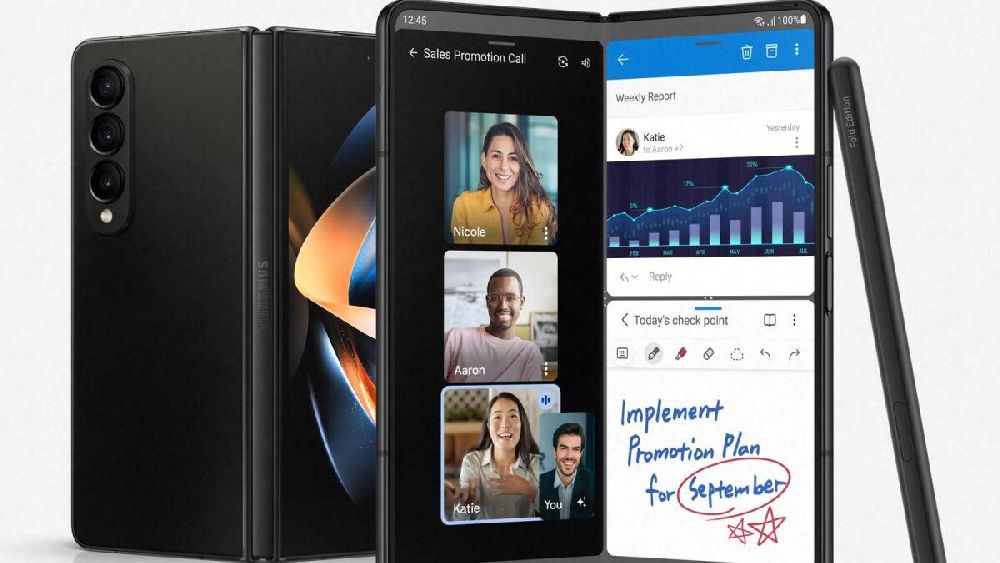 Samsung Electronics on Wednesday unveiled the latest variant of its foldable smartphones to retain its supremacy in the niche category.

The Seoul-based mobile phone manufacturer introduced its fourth-generation smartphones — Galaxy Z Flip4 and Galaxy Z Fold4 — to stay ahead of its competitors and retain its global market share since the company launched its first foldable smartphone, Galaxy Fold, in 2019.

Dr TM Roh, president and head of Mobile experience business at Samsung Electronics, said Galaxy foldables are built on the foundation of our openness philosophy, enabling new possibilities with complete customization both inside and out.

“Created in collaboration with our world-class partners, the next foldable devices offer unparalleled mobile experiences that meet the needs of our most dynamic users,” Roh said in a statement.

“Through our unwavering focus and industry leadership, excitement for the foldables continues to grow. We’ve successfully transformed this category from a radical project to a mainstream device lineup enjoyed by millions worldwide,” he said.

No change in prices

Samsung Electronics kept prices at the same level as last year’s in a bid to cement its leadership in an expanding niche market.

The smartphone maker priced its clamshell Galaxy Z Flip4 at $999.99, and the 5G-enabled top-line Galaxy Z Fold4 with a 7.6-inch main screen to start at $1,799.99 in the United States, the same as the launch prices of last year’s models.

The Galaxy Z Flip4 and Z Fold4, as well as its latest earbuds, Galaxy Buds2 Pro, will be generally available starting August 26 in select places such as the United States, parts of Europe and South Korea.

Samsung held a 62 per cent market share in foldable smartphones in the first half of 2022, followed by Huawei at 16 per cent and Oppo at three per cent. Counterpoint forecast Samsung’s share in the second half will be around 80 per cent after the new releases.

Samsung said it is aiming for foldable phone sales to surpass that of its past flagship smartphone, Galaxy Note, in the second half.

“Foldables have helped Samsung differentiate itself… Apple will be Samsung’s key competitor in the future and we expect a foldable to be released from Apple in either 2024 or 2025,” said Counterpoint senior analyst Jene Park.

Samsung said the latest models make it easier for phone owners to use popular apps such as Instagram and Microsoft’s Outlook.

The Galaxy Z Flip4 builds on the success of Samsung’s iconic form factor, adding key features, including an upgraded camera experience, a larger battery and expanded customisation, while maintaining its ultra-compact design. 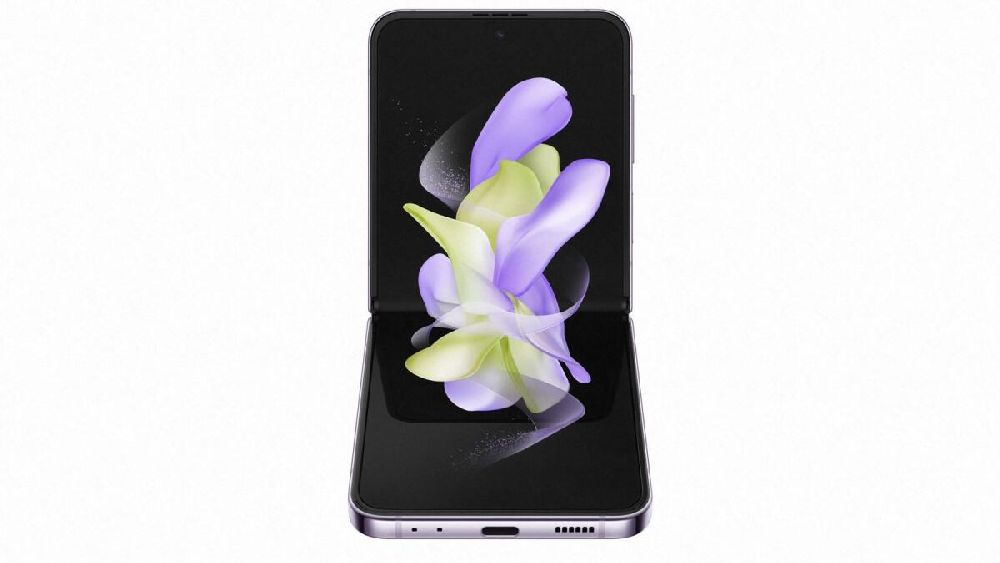 The Galaxy Z Flip4 enhances users’ favourite features, making it the ultimate tool for self-expression. Its compact clamshell design offers unique experiences not available on any other smartphone.

Shoot hands-free video or capture full group selfies at various angles by partially folding Z Flip4 to activate FlexCam. These can even be enjoyed on users’ favourite apps . Thanks to Samsung’s partnership with Meta, FlexCam is optimised for the most popular social platforms, including Instagram, WhatsApp and Facebook. Do more than ever with Z Flip4 by taking high-quality selfies right from the Cover Screen by leveraging the main camera with the upgraded Quick Shot. Start high-quality video recording in Quick Shot mode and then seamlessly switch to Flex mode to continue recording hands-free without stopping the video – ideal for content creators and vloggers.

Galaxy Z Flip4 is crafted to go truly hands-free – doing more without ever opening the phone. Make calls, reply to texts, unlock the car and even control the SmartThings Scene widget , all from the Cover Screen.

Galaxy Z Flip4 can capture, watch and connect longer between charges with the expanded 3,700mAh battery. With super fast charging, now supported on Z Flip4, charge up to 50 per cent in around 30 minutes, keeping users connected when they’re running low. 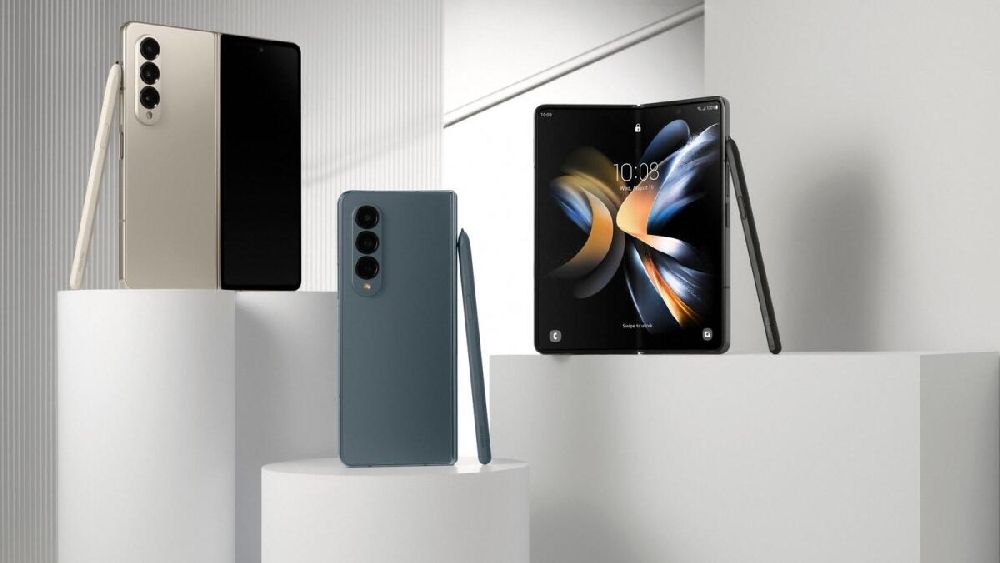 The Galaxy Z Fold4 combines Samsung’s collective mobile technology expertise to create a device with increased functionality whether opened, closed, or in Flex mode. Furthermore, it is the first device to ship with Android 12L, a special version of Android created by Google for large-screen experiences, including foldables.

Multitasking on Galaxy Z Fold4 is easier than ever, so users can get more done on the move. The new Taskbar provides a layout similar to your PC, offering access to your favorite and recent apps. Multitasking is also more intuitive, thanks to new swipe gestures. Instantly switch full-screen apps to pop-up windows or split your screen in half for more ways to multitask.

Galaxy Z Fold4 takes stunning photos and videos with an upgraded 50MP wide lens and 30x Space Zoom lens. A variety of camera modes, including the larger Zoom map activated on Capture View Mode, Dual Preview, and Rear Cam Selfie are custom-built to take advantage of the unique form factor for increased capturing flexibility. And with the larger pixel size, a 23 per cent brighter sensor, and enhanced processing power, users can capture clear images even at night.

Content is even more immersive and distinctive on the 7.6-inch main screen with a brighter screen, a 120Hz adaptive refresh rate, and a less visible Under Display Camera (UDC) featuring a new scatter-type sub-pixel arrangement. Popular social media apps like Facebook are optimised for the large-screen experience to make content more enjoyable. Or open your favourite streaming entertainment service apps like Netflix and watch hands-free with Flex mode.

For non-optimized apps, users can even control the device without disrupting the content with the new Flex Mode Touchpad, offering accuracy while pausing, rewinding, and playing videos, or zooming in and out of content while the device is in Flex mode.

Games are snappier too thanks to the powerful Snapdragon® 8+ Gen 1 Mobile Platform and hyper-fast 5G. With a slimmer hinge, lighter weight, and even narrower bezels, the wider screen enables easier one-handed interactions while using the Cover Screen.

Samsung continues its barrier-defying innovation journey to deliver the level of durability consumers expect, both in and out. With our Armor Aluminium frames and hinge cover along with exclusive Corning Gorilla Glass Victus+ on the cover screen and rear glass, Z Flip4 and Z Fold4 are our toughest foldables ever. Durability of the main screen panel is also enhanced thanks to the optimised layer structure, helping to reduce damage from external shock. In addition, both Z Flip4 and Z Fold4 are equipped with IPX8 water resistance, so users can worry less if they get caught in the rain. 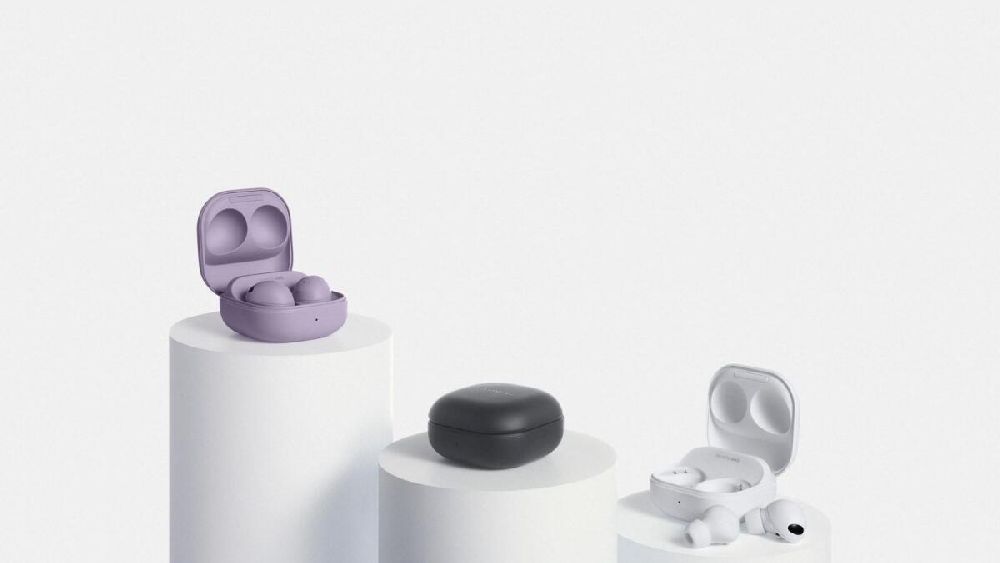 Joining the Galaxy Z series are Galaxy Buds2 Pro — Samsung’s new top-of-the-line earbuds that provide the most immersive wireless audio experience with a new, compact design, and seamless connectivity that is perfect for any aspect of your everyday life.

Appreciate every musical interlude with superior Hi-Fi 24bit Audio, which offers high-dynamic range helping you feel connected to the content you’re listening to with crystal-clear resolution. With the new Samsung seamless codec (SSC HiFi), quality music is enabled to transfer without a pause, and the new coaxial 2-way speaker makes those sounds richer than ever.

The new compact, ergonomic design is 15 per cent smaller, with a secure fit that is engineered to prevent rotation, making it the perfect fitness companion. Take calls on-the-go with powerful ANC to eliminate outside noise. The new Buds2 Pro allows users to escape into their own world and simultaneously stay connected to their life.

. A US jury on Wednesday ordered Meta to pay $174.5 million for violating live-streaming patents developed by a US Army veteran seeking to fix shortcomings in battlefield communications. A trial in...

. Apple Inc may make one out of four iPhones in India by 2025, J.P.Morgan analysts said on Wednesday, as the tech giant moves some production away from China, amid mounting geopolitical...

. Khaleej Times, the region’s most-widely read newspaper, is gearing up for its transition from Web 2.0 to Web3.0, marking a new chapter in the publication’s storied history. “The team and I...

. Apple Inc said on Tuesday it will raise prices of apps and in-app purchases on its App Store from next month in all of the euro zone and some countries in...

. Experts will delve into the world of metaverse as Khaleej Times hosts Metavision in Dubai on September 21. The one-day event, which is being held under the endorsement of the UAE...