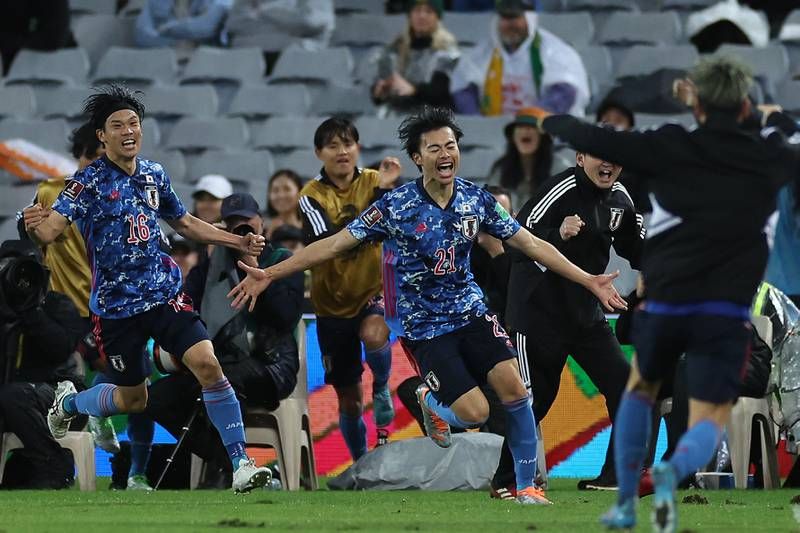 Kaoru Mitoma of Japan celebrates a goal against Australia with teammates. Japan’s 2-0 win in Sydney clinched a place at the 2022 World Cup in Qatar. Getty

Saudi Arabia have qualified for the 2022 World Cup even before their penultimate Group B match against China on Thursday night.

The Gulf side’s place in Qatar was confirmed earlier on Thursday following Japan’s 2-0 victory against Australia in Sydney. The win moved Japan top of the standings, although Saudi can reclaim that position with victory against the fifth-placed Chinese in Sharjah.

Nevertheless, both Saudi Arabia and Japan have booked their spot at the World Cup as the group’s automatic qualifiers, while third-placed Australia must make do with a play-off spot. That tie, possibly against the UAE, will be contested in Qatar in June.

Rounding off their campaign against Australia on Tuesday, Saudi Arabia will participate in successive World Cups for the first time since 2006 – and their sixth global finals in total.