Unemployment among citizens dropped to 11% in the fourth quarter of 2021, the lowest since 2009 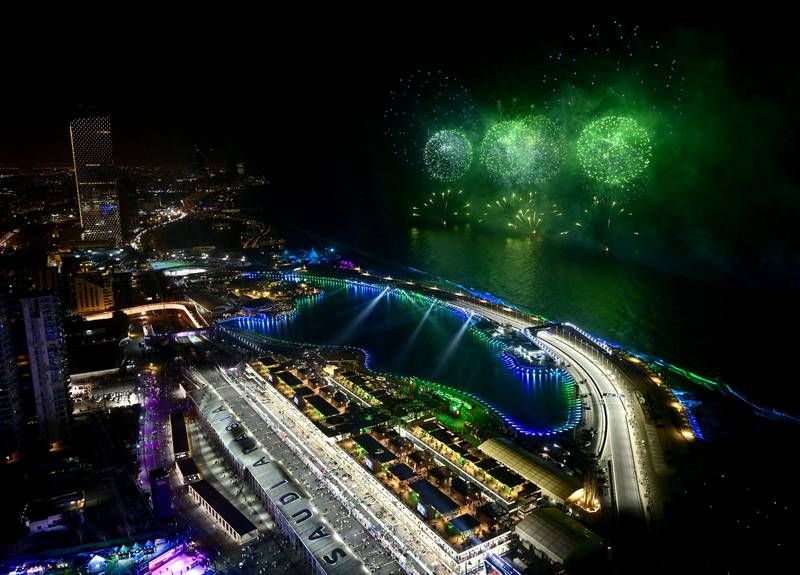 A Formula One circuit in Jeddah. High transport costs, caused by the rally in crude prices, contributed to a rise in Saudi Arabia’s cost of living index. Getty

Saudi Arabia’s economic growth is expected to more than double in 2022, helped by higher oil prices and a “robust” non-oil sector, while unemployment among citizens is on the decline, said private equity group Jadwa Investment.

The Arab world’s biggest economy is forecast to grow 7.7 per cent in 2022, from 3.2 per cent last year, Jadwa said in a report.

Oil gross domestic product is set to rise 15.5 per cent while robust non-oil growth of 3.4 per cent is expected.

Other predictions have also projected strong growth for the Saudi economy this year.

Real GDP in the kingdom, Opec’s biggest oil producer and the world’s largest exporter, is expected to expand 7.6 per cent in 2022, according to Japan’s largest bank MUFG, while Emirates NBD has forecast 6 per cent growth.

In January, the International Monetary Fund said it expected the kingdom’s economy to grow 4.8 per cent.

Brent, the global benchmark for two thirds of the world’s oil, surged to about $140 a barrel earlier this month, the highest since 2008. The benchmark is up about 50 per cent since the start of the year.

Unemployment among Saudi nationals hit its lowest levels since 2009 as the economy continues its rebound from the impact of the pandemic and as oil prices rally, government data showed.

The unemployment rate for citizens declined to 11 per cent in the fourth quarter of 2021, compared to 11.3 per cent in the previous three-month period, data from the kingdom’s General Authority for Statistics showed.

Unemployment is lower by 1.6 percentage points when compared to the fourth quarter of 2020.

Labour participation rates rose to 51.5 per cent during the fourth quarter, compared to 49.8 per cent in the third quarter, mainly as a result of higher female participation.

Job creation for both Saudi men and women is among the country’s top priorities under its Vision 2030 plan to wean the economy off oil revenue and increase the rate of employment among citizens.

Consumer spending was up 10.4 per cent a year in February despite declining by 9.3 per cent a month, Jadwa said. Within this, point-of-sale transactions rose 25 per cent while ATM cash withdrawals fell 11.1 per cent a year, according to Al Rajhi Capital’s monthly economic report.

The increase in POS transactions was mainly driven by a 58.8 per cent annual increase in spending at restaurants and hotels, followed by miscellaneous goods and services (49.4 per cent), clothing and footwear (27.8 per cent), transport (18.9 per cent) and food and beverages (15.8 per cent), Al Rajhi Capital said.

“With consumer sentiment climbing to its highest level on record in March, and with a vast majority of Covid-19 restrictions being lifted during the same month, we expect consumer spending to show strong levels of growth in the months ahead,” Jadwa said.

Remittances made by Saudi nationals increased 33.7 per cent a year in February 2022, compared with a 45.3 per cent yearly increase in the previous month, to about 5.4 billion Saudi riyals, it said.

However, remittances growth on the part of residents declined 0.9 per cent a year in February to about 11.2bn riyals.

In terms of inflation, the cost of living index continued to be in a “positive trajectory”, Al Rajhi said. The index increased by 1.6 per cent a year in February 2022, mainly because of higher costs in the transport and food and beverages segments.

“Looking ahead, we expect rises in global food prices, as a result of the Russian-Ukrainian conflict, to put upward pressure on food prices locally,” Jadwa said.

The current conflict in Eastern Europe has pushed up global food and energy prices, with the two warring countries, Russia and Ukraine, being major suppliers of wheat, grains and other commodities.