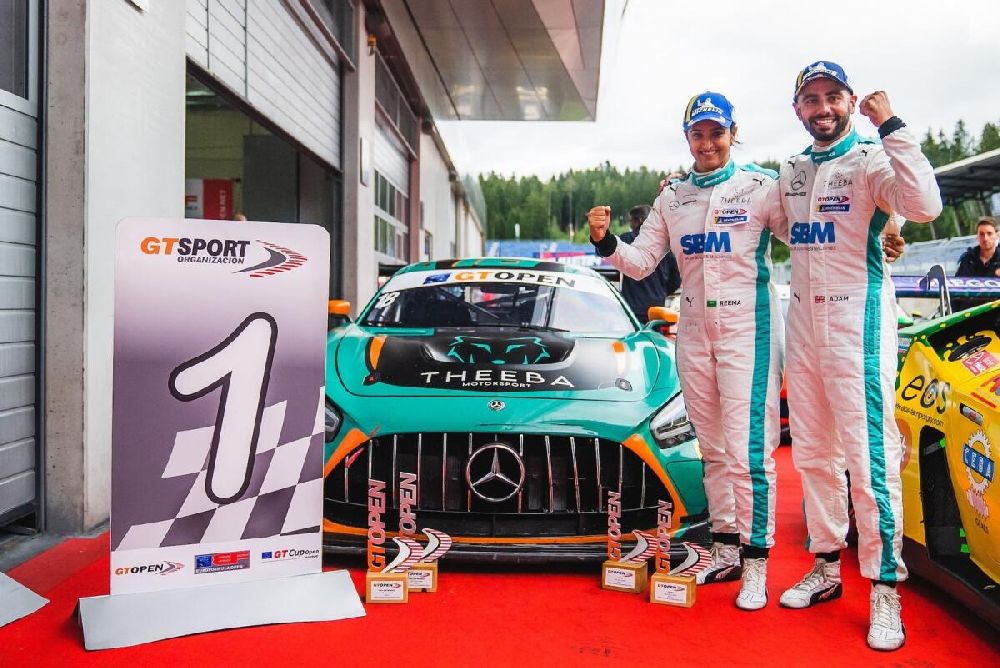 Theeba Motorsport founder and Saudi racer Reema Juffali was thrilled to win Race One in the International GT Open in Austria but expressed her frustration that the team could not end the weekend on a high after being forced to retire in Race Two.

Following the summer break, Theeba Motorsport returned to winning ways in the opening race at the Red Bull Ring by claiming victory in the Pro-Am class with Juffali and her teammate, Adam Christodoulou, helping secure their fourth class victory and third overall podium of the 2022 campaign to date.

The team started the race from 14th in the face of a disrupted qualifying session, in which a pair of late red flags prevented Juffali from improving in the grid decider.

Juffali completed the first stint of the race and with a strong start, gained two positions on the opening lap and was on the verge of breaking into the top 10 when the pit window opened in the 28th minute.

Opting to take the undercut strategy, Juffali handed over to Christodoulou, who quickly broke into the top 10 before snatching second in class and then taking the lead to cross the finish line.

“It felt great to be back on the podium and to kick-start the second half of 2022 with a win! We’ve been working extremely hard behind the scenes over the summer break, and to have our efforts rewarded in this way is very satisfying,”Juffali said.

“Qualifying left us with a little bit of work to do in the race but I was able to make some good progress during my stint. Adam then did an amazing job battling to the front in the second half to bring home our fourth win of the season.”

The pair could not build on their success in the second race after being rear-ended by another team to sustain terminal damage and retire as a result despite the team being on the verge of returning to the top 10.

“I’m frustrated that our race ended in this way today. With the success penalty, we knew that it was important to qualify well, and Adam did well to put the car on the fourth row,” Juffali said.

“He drove a great first stint and I managed to make up some ground after the pitstop. It’s a big shame to have to retire after the race we had in Race One. This one hurts.”