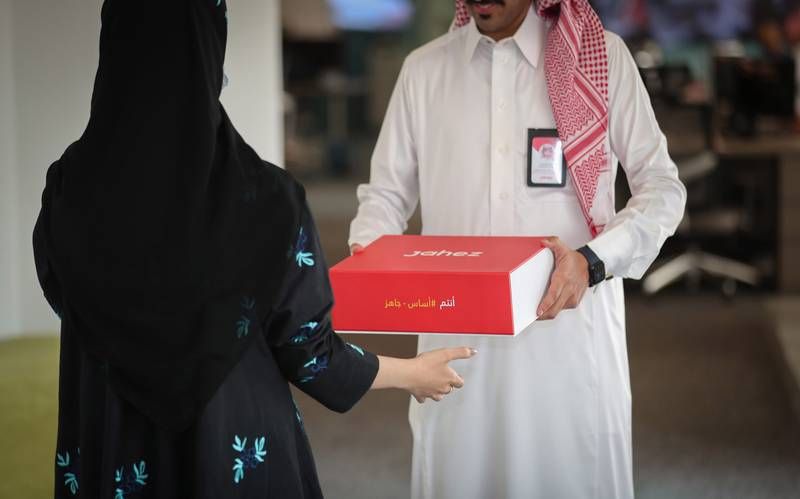 Founded in 2016, Jahez is one of the largest food ordering platforms in Saudi Arabia. Photo: Jahez

The consideration for the proposed transaction will be based on a “due diligence” and will include cash and shares in Jahez, the company said in a regulatory filing on Thursday to Tadawul, where its shares trade.

“The Chefz’s shareholders shall not, during the terms of this offer, solicit or negotiate any offer or arrangement in competition with the proposed transaction with any third party,” the filing said.

Founded in 2016, Jahez is one of the largest food ordering platforms in Saudi Arabia.

The online food ordering and delivery market in Saudi Arabia was valued at $511.21 million in 2020 and is expected to grow at a compound annual growth rate of 10.05 per cent between 2021 and 2026, according to a report by Research and Markets.

The Covid-19 pandemic led to an increase in online food orders in recent years as movement restrictions to curb the spread of the virus kept people at home.

Jahez’s bid to acquire Chefz is subject to obtaining several approvals from “various parties, including the relevant authorities”, the latest filing said.

The bid comes after the General Authority for Competition rejected Delivery Hero’s takeover bid for Chefz. The regulatory watchdog did not disclose the reason for its refusal.

The Chefz started out as a food ordering platform targeting users who wanted to order from niche and top-end restaurants in the kingdom, tapping into a different market than Jahez or Delivery Hero’s HungerStation. The start-up has since expanded its services.

Jahez, which listed in January this year, has over 1.3 million active users and includes over 12,000 merchant branches and more than 34,000 delivery partners in 47 cities across Saudi Arabia. The platform has delivered 68 million orders since its launch in 2016, with 36 million orders delivered in the first nine months of 2021 alone.