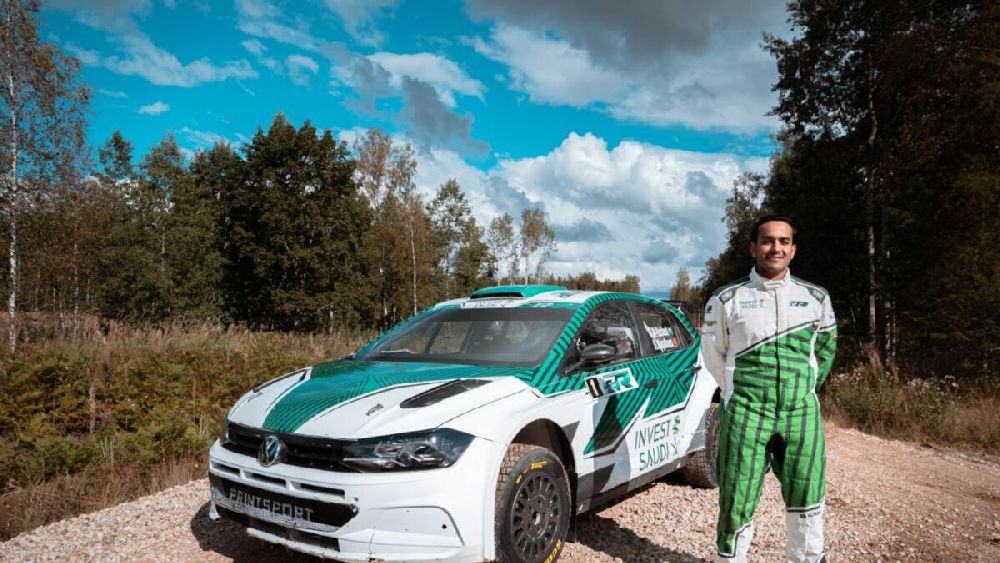 Saudi professional rally driver Rakan Al Rashed hopes his participation at this year’s World Rally Championship 2 category can inspire the next generation of motorsport drivers from across the Kingdom and the Middle East region.

The 32-year-old, also a successful business professional and entrepreneur, will soon begin preparing for his second race of the year at next month’s round in Portugal after a crash in the last 200 metres denied him a finish in February’s Swedish Rally.

Fuelled by his passion for motorsport, Al Rashed, who currently has his own private team and hoping to gain support, is taking part for the third consecutive year in the second-highest category of this competition. He entered one race in 2020, competed twice last year and will also line up at the Italian Rally in Sardegna in early June.

While he aims to be as competitive in Portugal and Italy, Al Rashed hopes that more people from his native Kingdom of Saudi Arabia and across the Middle East region can follow in his footsteps one day.

He said: “The WRC 2 competition is stronger than ever and my goal is to be in that top 15 places this year and build on it. Inspiring the next generation is very important for me. I have been lucky enough to participate in this sport at the highest level for many years and being shoulder-to-shoulder with some of the top drivers in the world is something that I have enjoyed.

“I have learned a lot which I want to pass on to the other up-and-coming drivers and help them avoid doing the same mistakes that I did at the beginning of my career.”

“I also feel it’s important to continue evolving the sport and while it’s vital to attract new people, a key element is to travel around the world and participate in regional and international competitions. There’s no shame by learning and using other people’s experience for your development. You just need to find the right people and give you the right advice,” said Al Rashed, who began his motorsport career at the 2015 Middle East Rally Championship in Dubai.”

While the hosting of elite competitions such as the Formula One, Formula E and the Dakar Rally are helping raise the popularity of motorsport in the Kingdom, he also believes providing regular platforms for drivers to compete in local events are crucial for their development.

“There are some local championships that happen in Saudi Arabia but there are not enough and this is vital if you want to grow the sport and attract drivers to represent their country at the highest level. But I feel there will be plenty of opportunities as time progresses,” he said.

Besides his rally motorsport career, Al Rashed is also a co-founder and director of Access Bridge Ventures, a leading early stage venture capital fund and chairman of Kudu Corp, a leading restaurant chain in Saudi Arabia.

He said: “Sometimes it’s difficult because you need to switch gears between a business professional and being a racing driver. There are some overlaps. While it is difficult to drop everything and focus on motorsports alone because it’s a sector where you need a lot of financial support and funding, I do believe both business and motorsport go hand-in-hand which I am enjoying.”