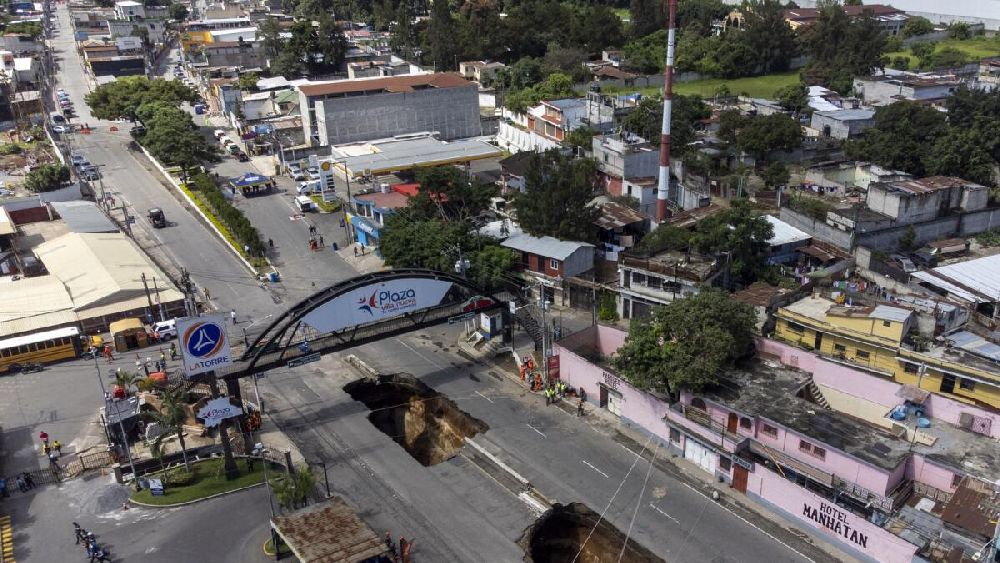 Search efforts were underway on Monday for a mother and daughter who disappeared when their vehicle was swallowed by a massive sinkhole in Guatemala.

The girl’s father was rescued on Sunday from the hole in Villa Nueva, southwest of the capital, along with three other people. The sinkhole opened in the middle of the town’s main thoroughfare.

Copious amounts of rain dumped during the region’s rainy season has led to landslides and collapsed roadways.

On Sunday, a crane lifted a blue sedan from the hole. Rescuers descended using ropes and ladders. At one point, the crane lowered rescuers and a search dog into the opening.

Video circulated online showed other traffic passing on both sides of the sinkhole on dark rain-soaked streets before the blue car tumbled into the hole. 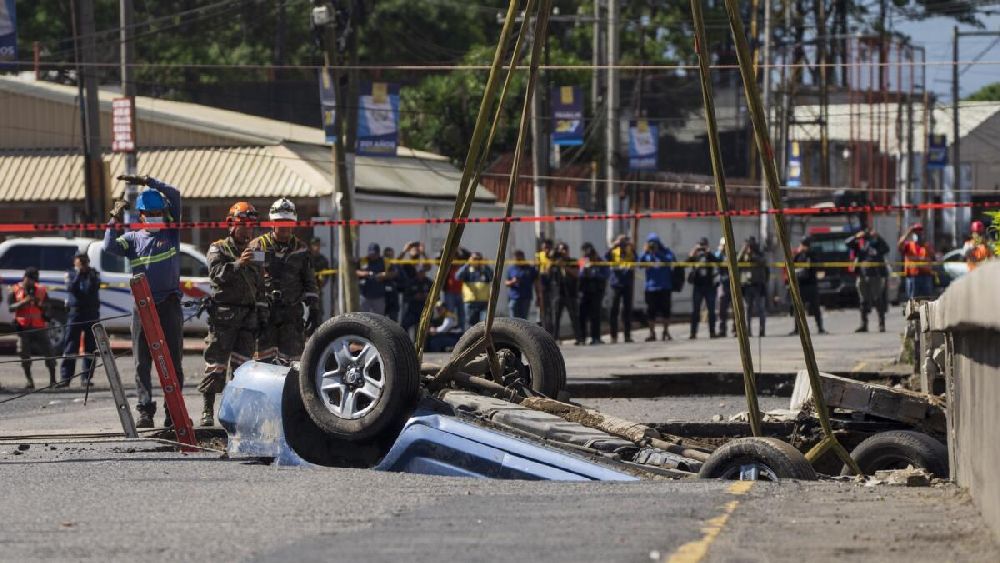 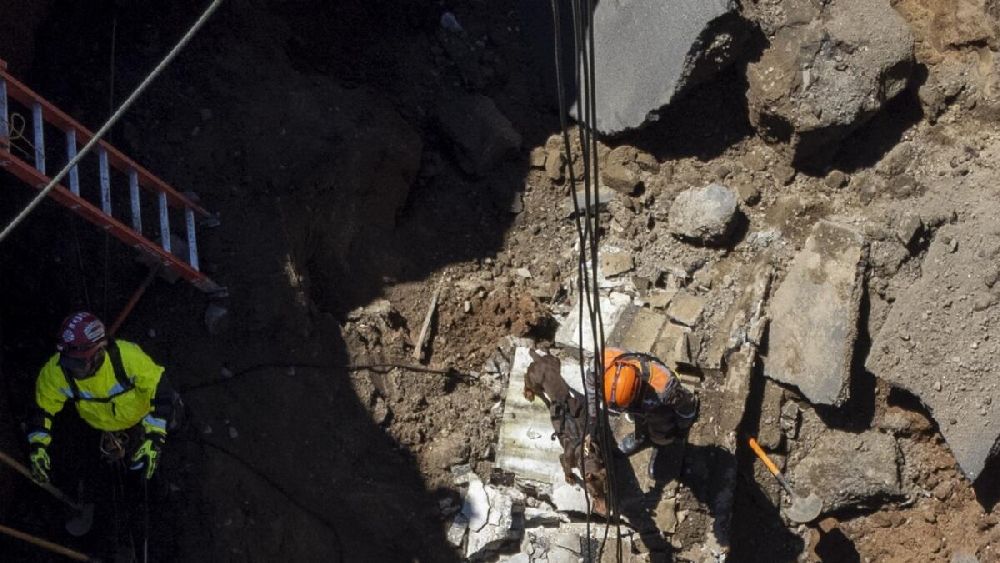 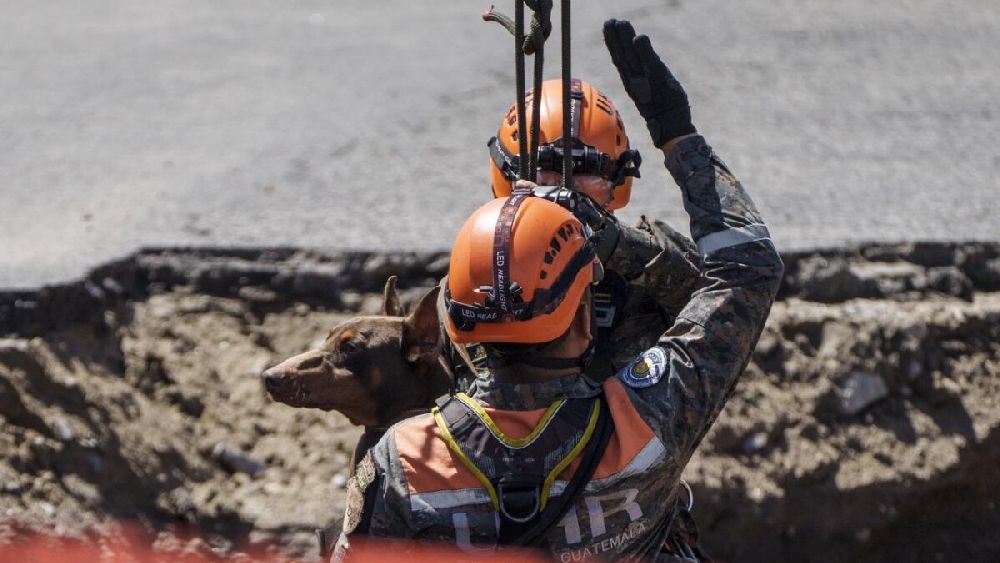 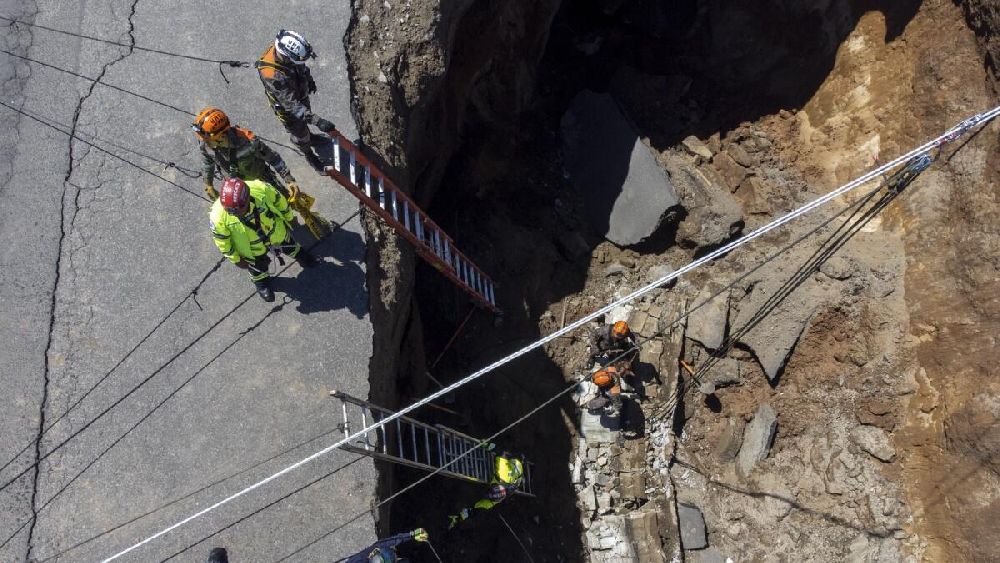