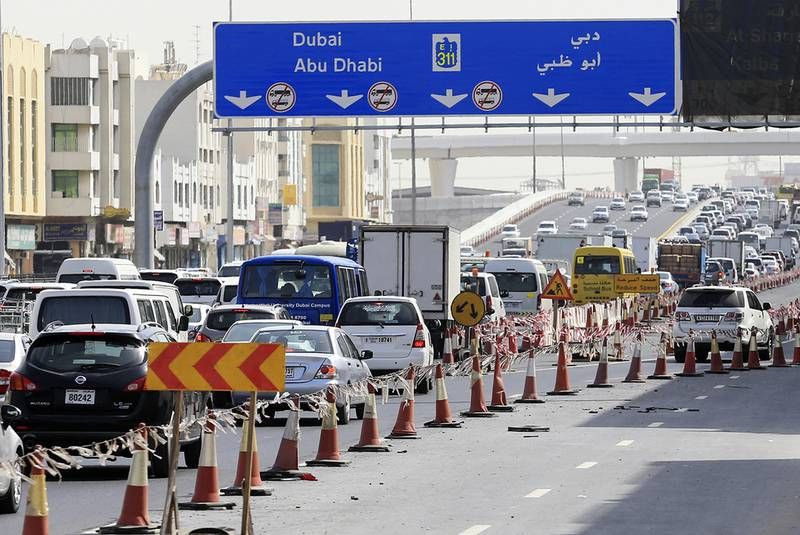 Sharjah motorists will not have to pay toll fees, the emirate’s transport chief has confirmed. Sarah Dea / The National

Mohammad Ali Al Zaabi, director of the legal affairs department of Sharjah RTA, said recent Arabic media reports were off the mark and there were no plans to make motorists pay tolls on the roads.

However, Mr Al Zaabi did confirm in an interview with the television programme The Direct Line that the emirate does require lorry drivers to pay a tariff.

On Wednesday, the Sharjah Executive Council issued a resolution on “legal provisions that regulate traffic tariffs, controls, obligations and schedules related to their fees and violations”.

Details on the proposed tariffs have yet to be announced.

Abu Dhabi has toll gates located on four bridges leading into the city with each vehicle incurring a fee of Dh4 when it passes through during peak hours.

From 7am to 9am and 5pm to 6pm, people driving through the gates on Sheikh Khalifa Bridge, Sheikh Zayed Bridge, Al Maqta Bridge and Mussaffah Bridge are charged Dh4. The maximum daily fee for a single car is Dh16.

All vehicles in Dubai must pay Dh4 each time they go through a Salik toll gate and there is no maximum cap.