Rulers and senior officials will pay their respects at Mushrif Palace 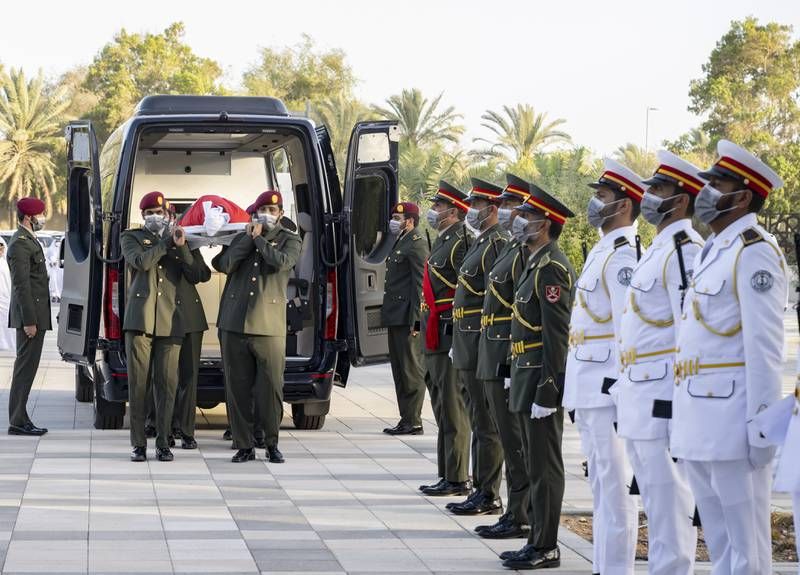 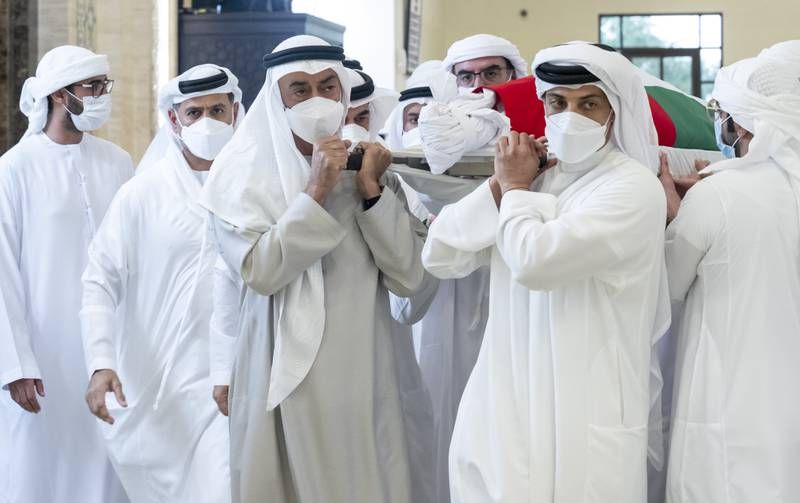 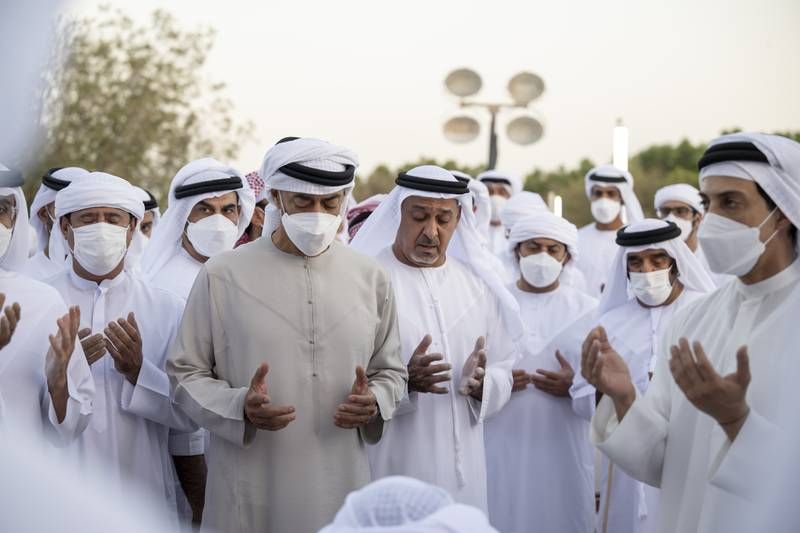 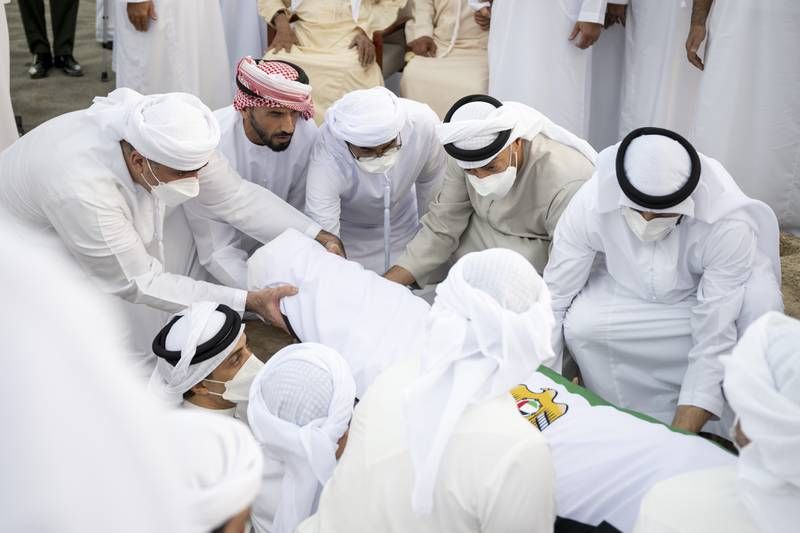 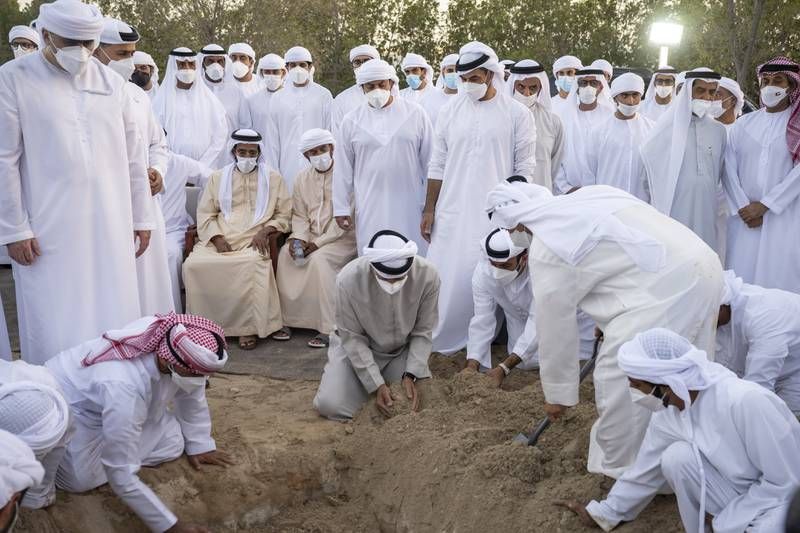 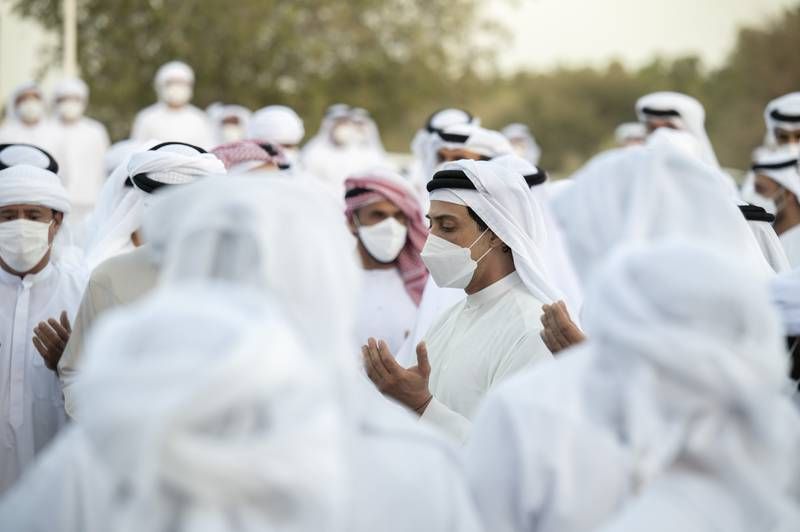 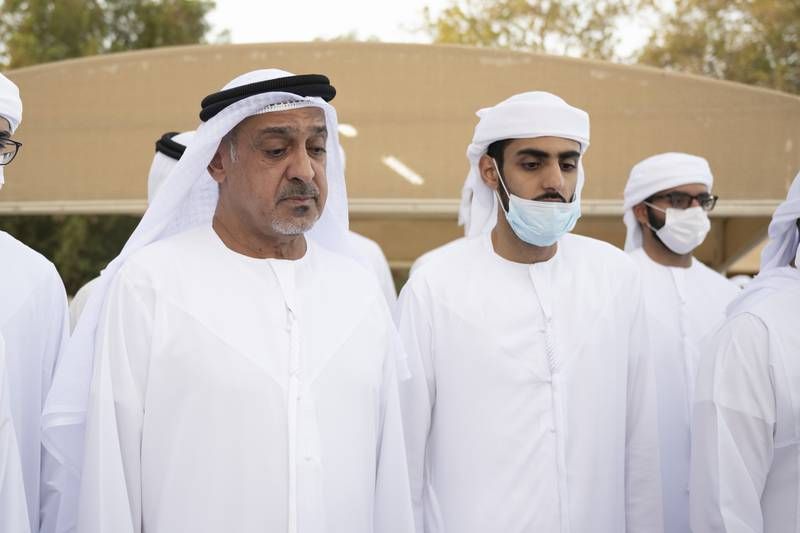 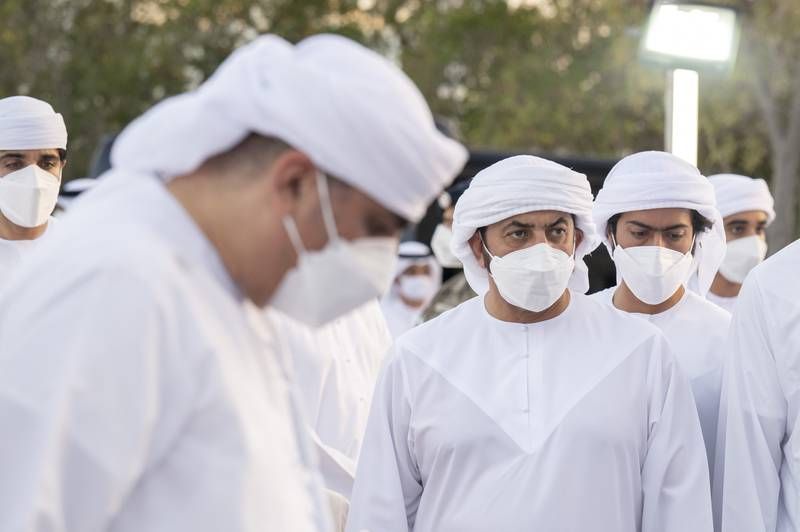 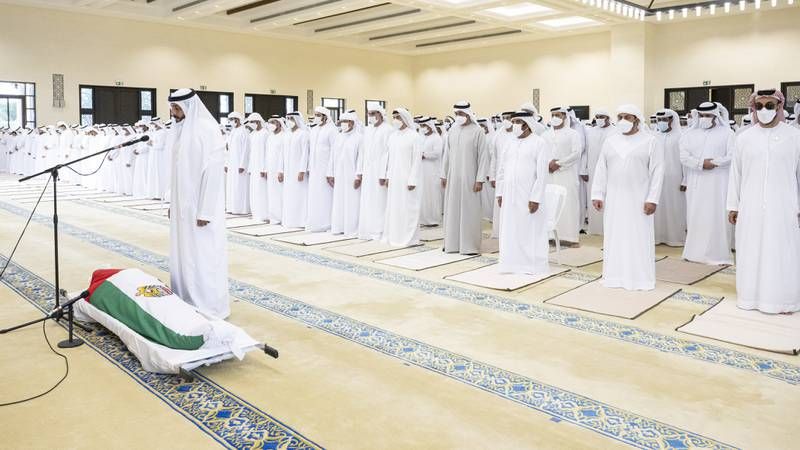 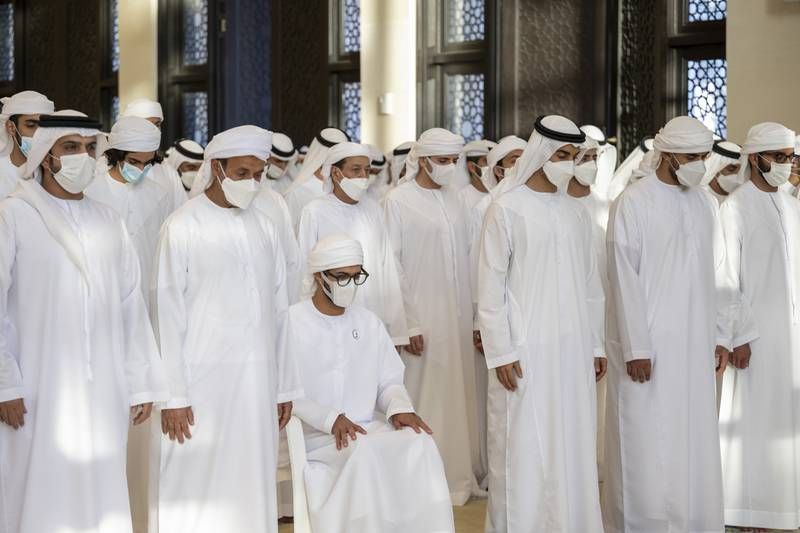 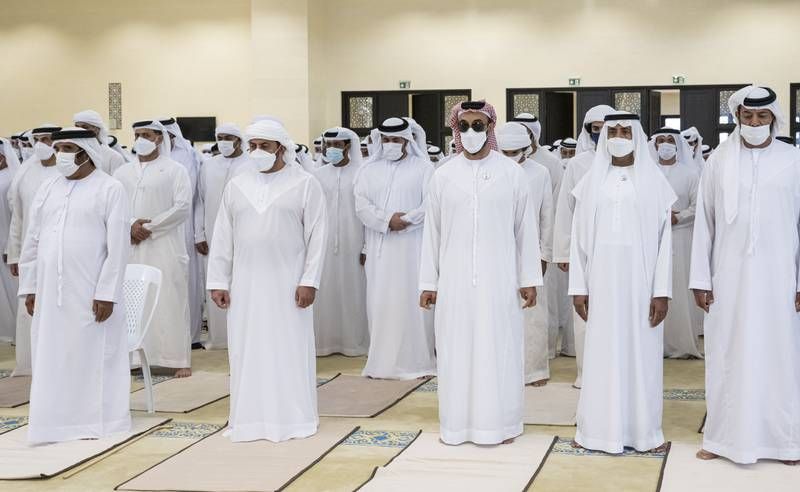 Pallbearers carry the body of President Sheikh Khalifa to be laid to rest. All photos: Ministry of Presidential Affairs

Sheikh Mohamed bin Zayed, Ruler of Abu Dhabi, will on Saturday receive condolences from other Rulers of the Emirates following the death of the President, Sheikh Khalifa.

Sheikh Mohamed will be visited by members of the Supreme Council and senior officials at Mushrif Palace.

The reception follows the funeral of Sheikh Khalifa on Friday night. Sheikh Mohamed led prayers at a ceremony in the capital.

Funeral prayers were said at mosques across the country while Christian churches and Dubai’s Sikh gurdwara will hold prayers on Saturday.

“The people of the Emirates are united in grief as we mourn the loss of our leader and President, Khalifa bin Zayed,” Sheikh Mohamed said on Twitter.

“My brother and mentor, and the UAE’s first son, we were blessed by your strength, wisdom and leadership. May God have mercy on your soul and may you rest in peace.”

The UAE will remain in mourning for 40 days, with government and private sector offices closed on Saturday, Sunday and Monday. Schools will be closed on Monday.

Public and private sector employees will return to work on Tuesday. Restaurants and malls will remain open but there will be no live entertainment or music as a mark of respect.

World leaders have paid tribute to Sheikh Khalifa, who led his nation for nearly 18 years — a time of economic development, major investment in infrastructure and a domestic population boom.

US President Joe Biden said Sheikh Khalifa “was a true partner and friend of the United States throughout his decades-long tenure” as president and previously as Crown Prince.

In New York, members of the UN Security Council also paid tribute to him.

Several Middle Eastern nations including Lebanon, Morocco, and Egypt announced periods of mourning, as did India.

The UAE Constitution states that the Supreme Council will need to meet in the next 30 days to choose a successor to the President, who will lead the country for a five-year term.

Sheikh Mohammed bin Rashid, Vice President and Ruler of Dubai, assumes the duties of head of state during this time.

He expressed his deep sadness at the news.

“It is with great sorrow and grief that we mourn to the UAE people, Arab and Islamic nations and the world the death of President of our country, Sheikh Khalifa bin Zayed Al Nahyan, the leader of our journey,” Sheikh Mohammed wrote on Twitter.

“May Allah bless his soul with ease on his new journey into the hereafter and grant him the highest ranks of paradise.

“Oh God, we testify that Khalifa bin Zayed has fulfilled his duty, served and loved his people. Oh God, his people have been satisfied.”

Prayers for Sheikh Khalifa — in pictures 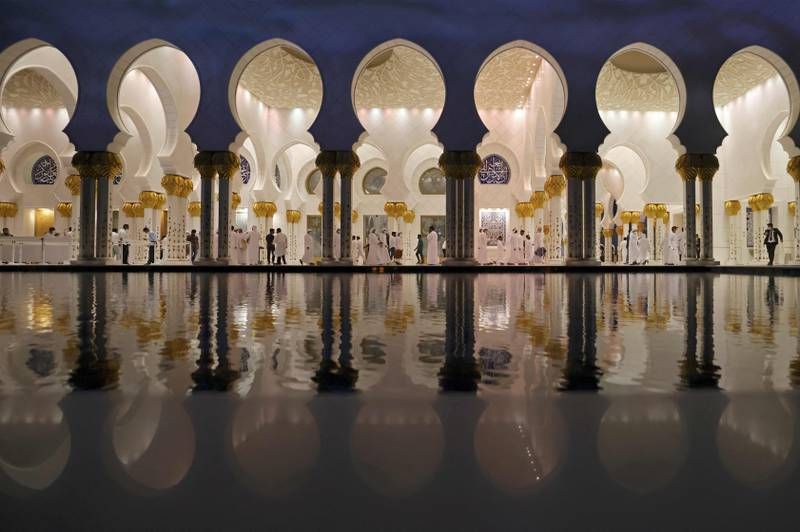 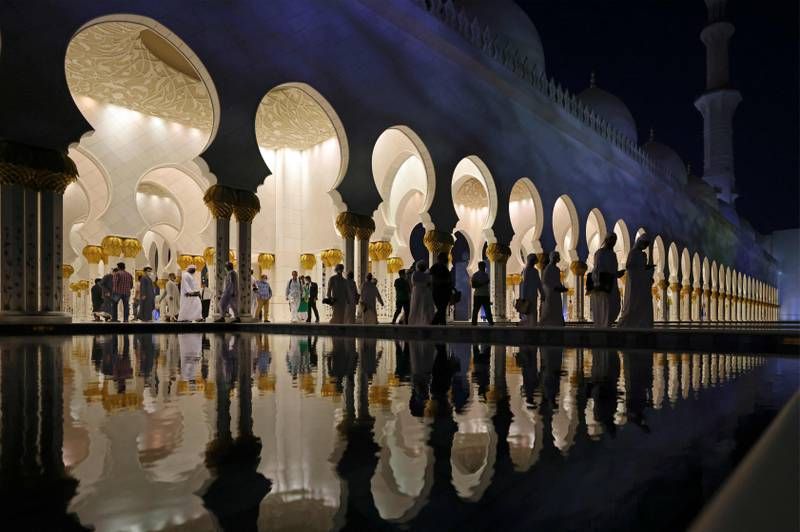 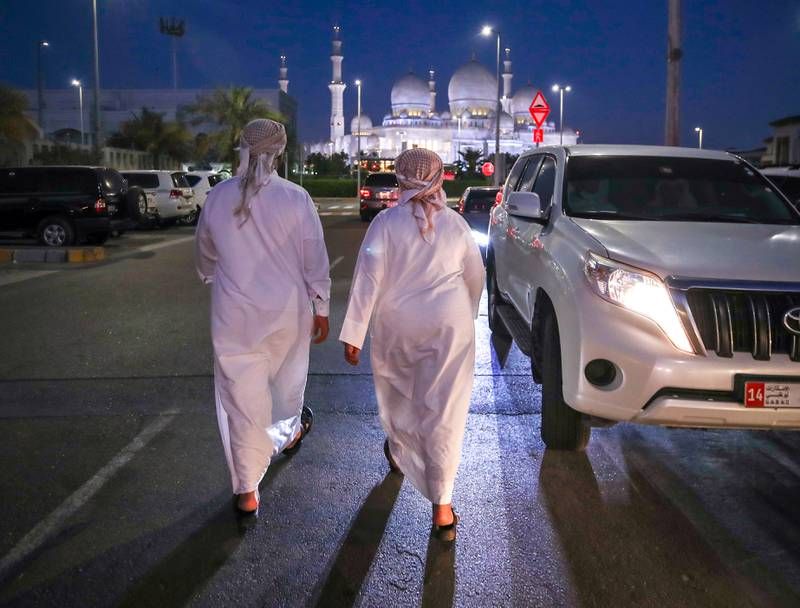 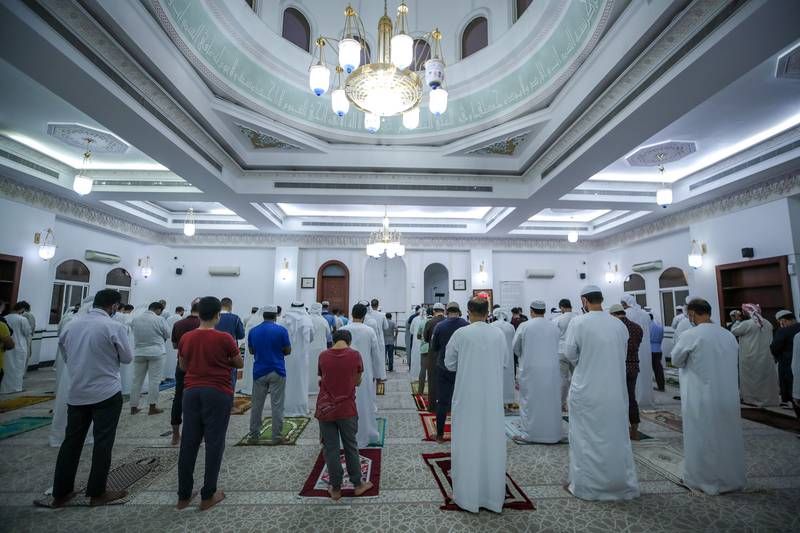 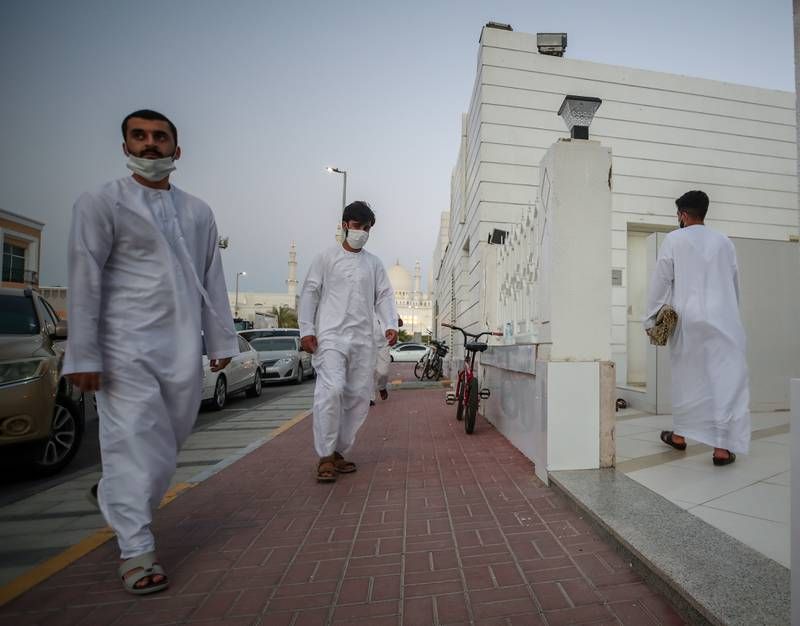 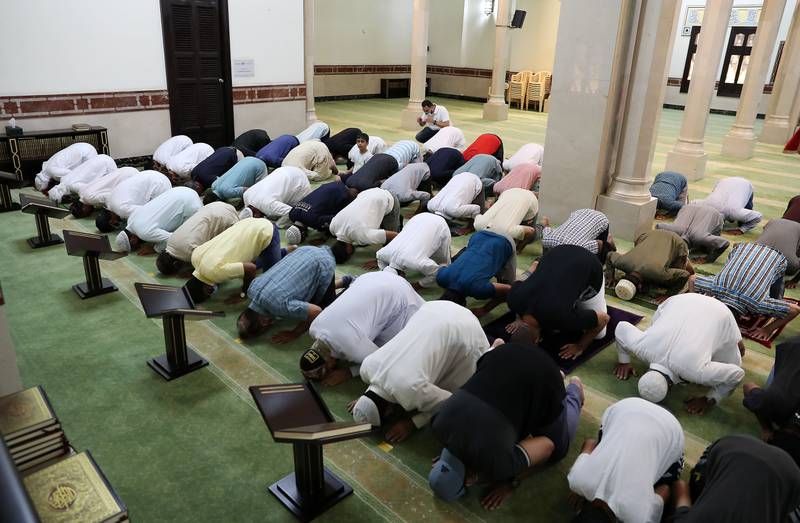 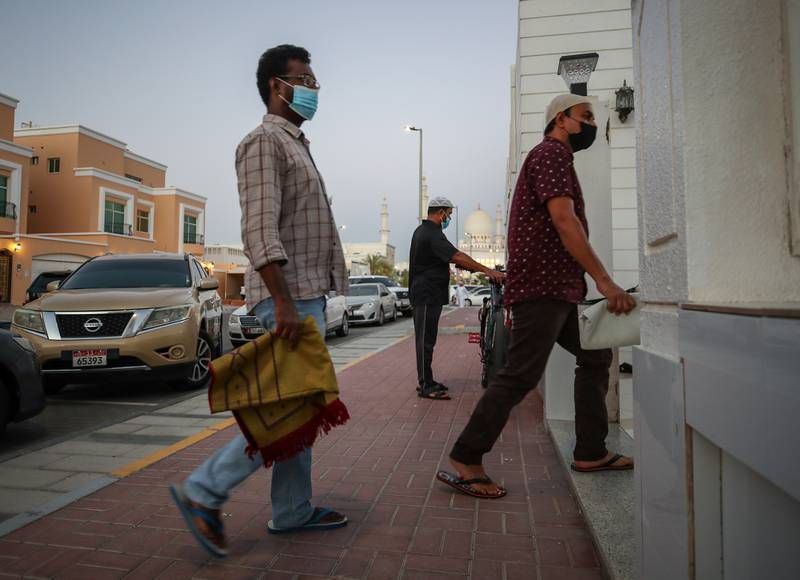 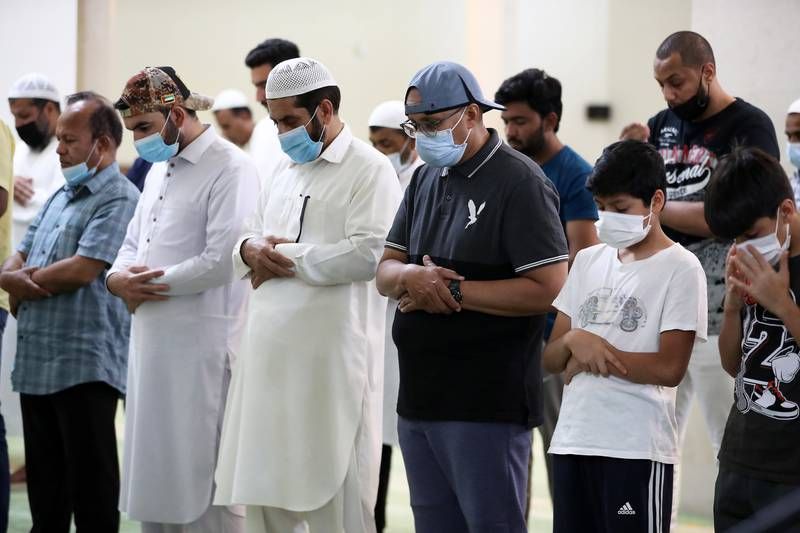 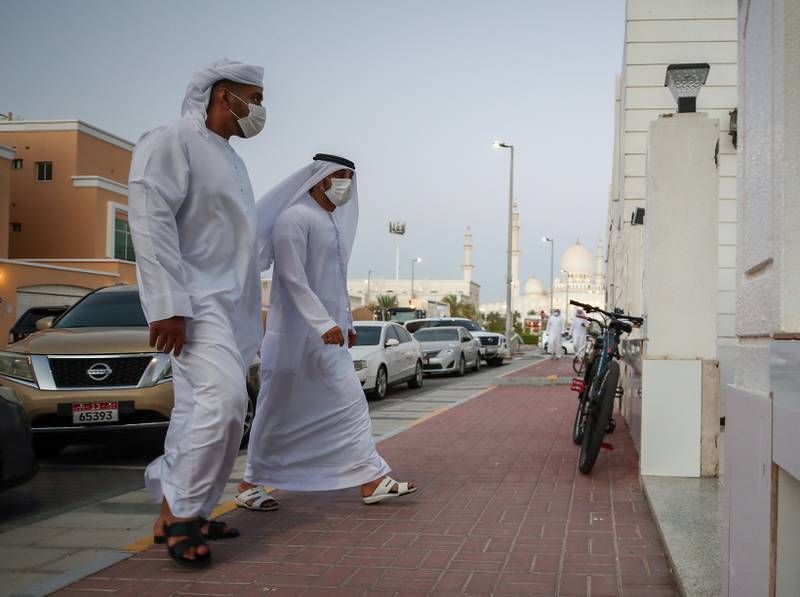 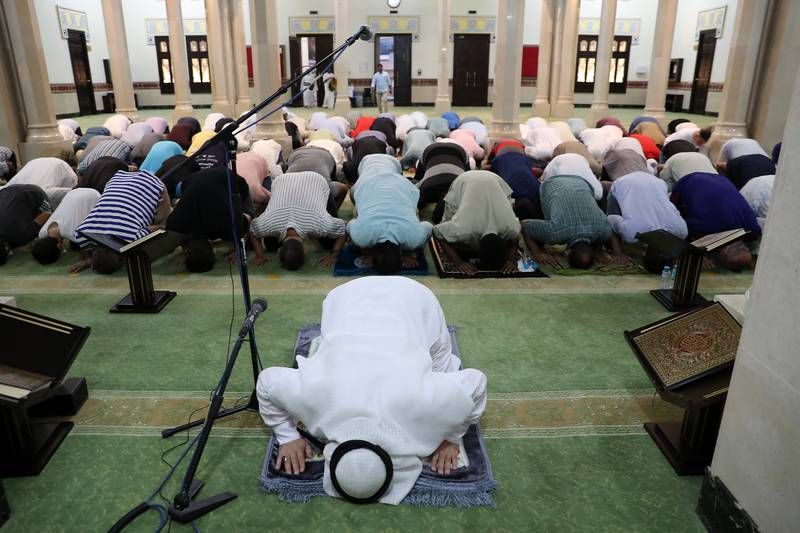 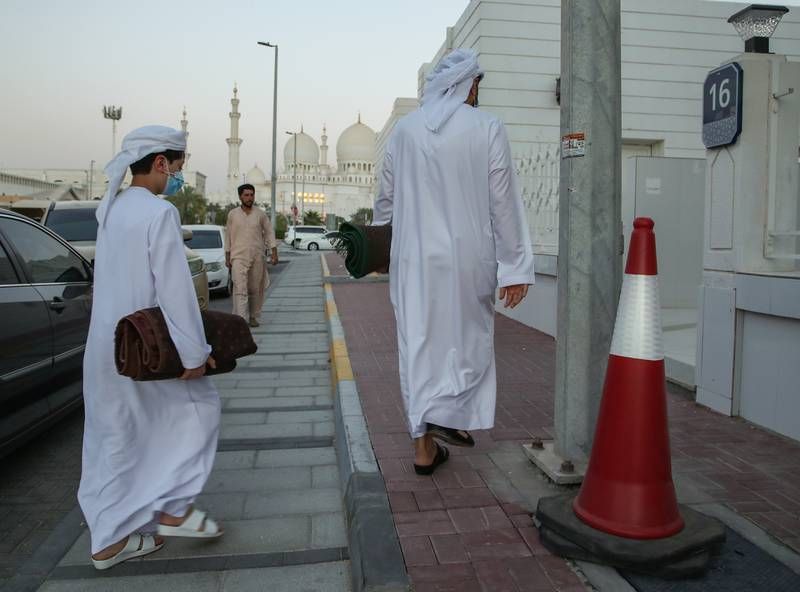 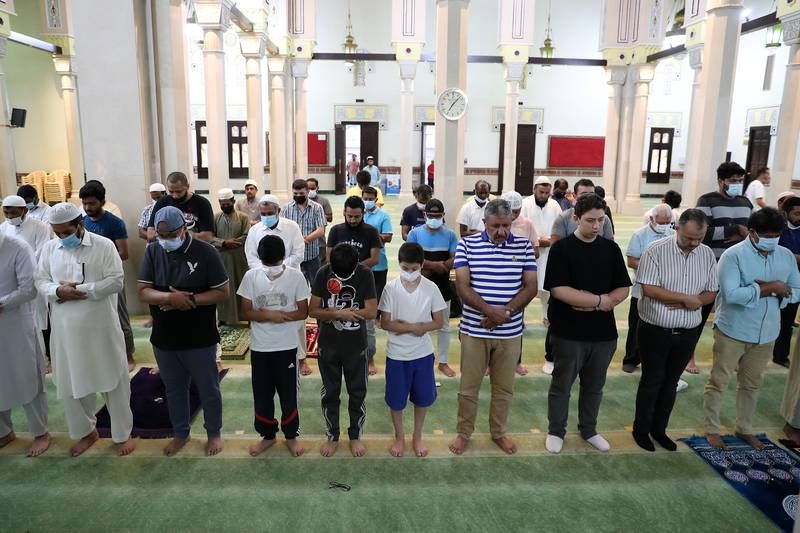 . The Dubai Model Centre has completed an extensive evaluation of the Government of Dubai’s services, including websites, smart applications, and contact centres, the Emirate’s Media Office announced Friday. The evaluation covered...

. Sheikh Hamdan bin Mohammed bin Rashid Al Maktoum, Dubai Crown Prince and Chairman of The Executive Council of Dubai, has appointed and promoted officials in government departments in Dubai. These include...

. Under the directives of Sheikh Mansoor bin Mohammed bin Rashid Al Maktoum, Chairman of the Dubai Border Security Council, the Maritime Navigation Regulation and Security Committee, in coordination with the Dubai...

. The UAE government has disbursed inflation allowances to 47,300 low-income Emirati families to help them cater for the increasing prices of food, fuel, electricity and water. The Ministry of Community Development...