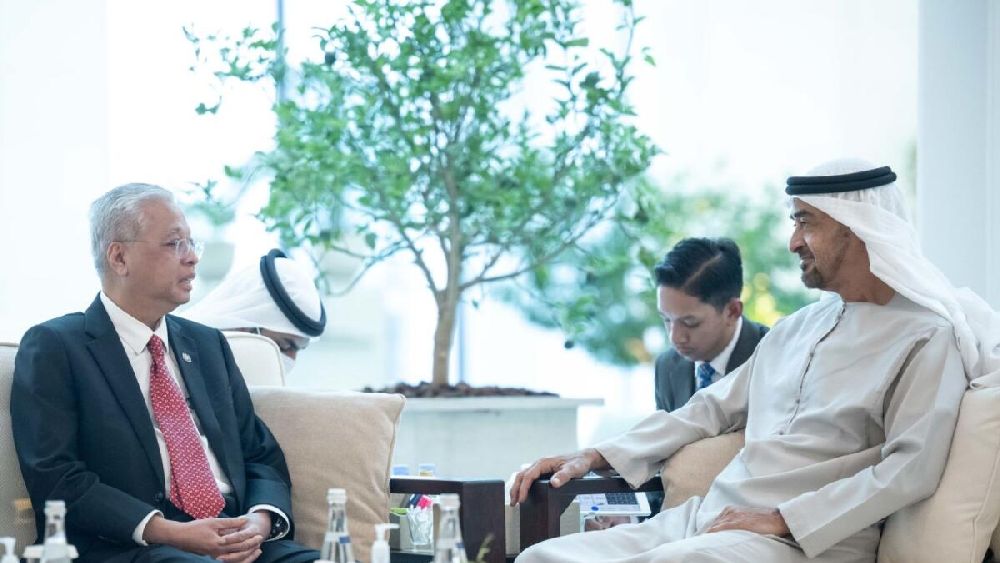 Sheikh Mohamed welcomed Yaakob, hoping that his visit will contribute to enhancing friendship and cooperation relations between the two friendly countries across various domains.

The President conveyed his greetings to King of Malaysia Sultan Abdullah Sultan Ahmad Shah, wishing him good health and happiness and further progress and prosperity to Malaysia and its people.

During the meeting, the two sides discussed joint cooperation and opportunities for partnerships between the two countries in economic, investment and trade domains, as well as renewable energy, food security and other aspects to achieve the aspirations of their peoples.

They also reviewed a number of developments on the regional and international arenas and exchanged views on issues of common interest.

The Malaysian Prime Minister expressed his happiness at meeting Sheikh Mohamed and thanked him for the warm reception, affirming his country’s keenness to cooperate with UAE in all economic, investment and other vital domains.