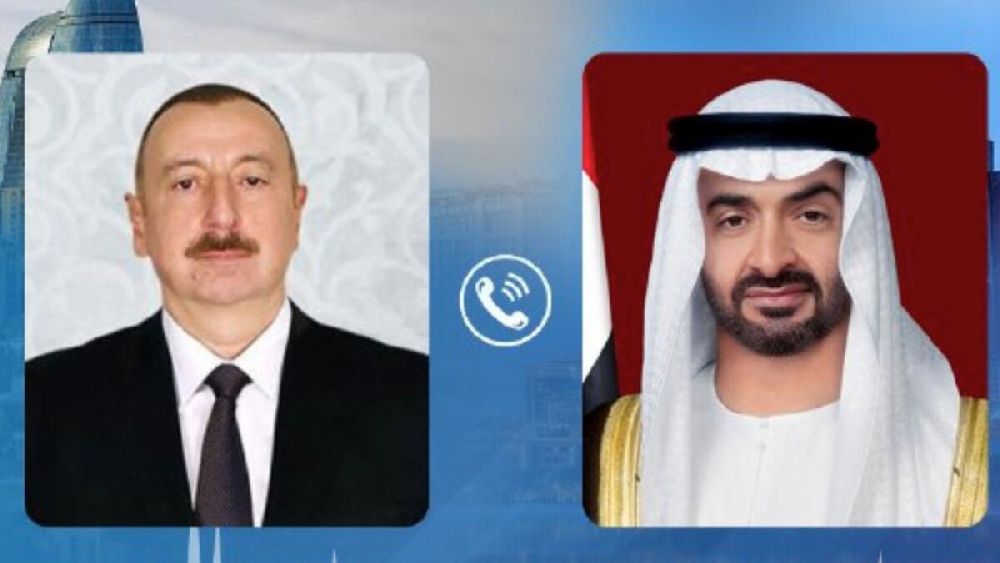 His Highness Sheikh Mohamed bin Zayed Al Nahyan, Crown Prince of Abu Dhabi and Deputy Supreme Commander of the UAE Armed Forces, and President of of Azerbaijan, Ilham Aliyev, Tuesday discussed ways to advance bilateral relations between the nations across various fronts, especially in the trade and energy sectors.

The two leaders, during a phone call, also reviewed a number of regional and international issues of interest.

Sheikh Mohamed congratulated President Aliyev on the recent start of construction by Abu Dhabi Future Energy Company (Masdar) of the 230-megwatt (MW) Garadagh Solar PV Plant in Azerbaijan, stressing on the UAE’s keenness to strengthen strategic cooperation with the South Caucasus nation in the field of renewable energy and to support its plans and projects in this regard.